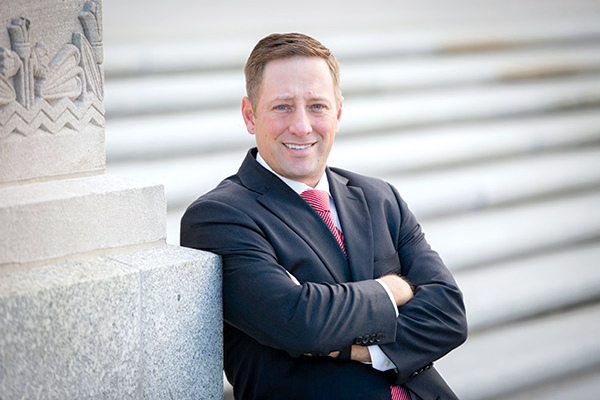 Now retired, his post of Louisiana Oil and Gas Association president has been passed to his son, Gifford Briggs, who is mindful of the legacy but also eager to meet new challenges with new ideas.

Gifford has worked for LOGA since 2007, giving him what he sees as ample time to develop his own industry perspectives. He said that his father’s approach offers a good model for success, however.

Prior to his current tour at LOGA, Gifford joined the association (then LIOGA) in 1994 while attending Louisiana State University. In that role, he served as the Membership Coordinator and helped organize many firsts for LOGA, including its first-ever annual meeting, the Gulf Coast Prospect and Shale Expo and board meetings.

After graduation, Gifford had big dreams of life in the restaurant business. He moved to Atlanta and chased a career in that field. But as people tend to do, he returned home and re-joined employment at LOGA in 2007 where he’s been ever since.

“The way that Don ran the organization before-hand was a very collaborative approach,” Gifford said in a recent interview with The Times. “I think maybe I am doing a few other interviews than before (the presidency) and giving a few more speeches.”

Being the son of Don Briggs, he acknowledges, “I have always had someone to bounce ideas and work off of.”

The Louisiana Oil & Gas Association was organized in 1992 to represent the independent and service sectors of the oil and gas industry in Louisiana, including exploration, production and oilfield services. Its primary goal is to provide the industry with a working environment of enhancement.

With that in mind, he has worked to bring the Louisiana industry’s message to the public and lawmakers.

Among the ways he communicates — as did his father-predecessor — is through weekly columns that appear in newspapers throughout the state and beyond its borders as well.

Gifford believes that technology is finding additional reserves for the industry, and he notes that even as alternatives like wind and solar develop, fossil fuels will still be necessary for the technology some of those methods require for support.

“This industry is not going away,” Gifford said. “People that want to work and believe in this industry, to study and try to identify ways to make us more efficient and better unlock reserves we didn’t think possible, these are the creative minds that are welcome in our industry.”

THE NEW LEADER: A MAN OF MANY CAPS

Gifford Briggs wears many hats in his role with LOGA. He oversees the lobbying and governmental affairs for LOGA. But in addition to that, he directs the Political Action Committees of the Louisiana Oil and Gas Association. Gifford manages website design, social media outreach, video production and the marketing identity of the Association.

He is married to Jackie Wright and together, the couple has three children, Gifford Ashley Briggs Jr.,  Maxwell Wright Briggs and Chloe Lane Briggs.

The family lives in Lafayette and maintain several civic appointments.

Gifford Briggs is a Founding Board Member of the Lafayette Charter Foundation, a graduate of Leadership Lafayette, a coach for Lafayette Youth Soccer and a member of American Heartwalk Leadership Team.

He is also a member of the Chamber of Commerce in both Lafayette and Baton Rouge, while also maintaining membership in the Association of Louisiana Lobbyists. •