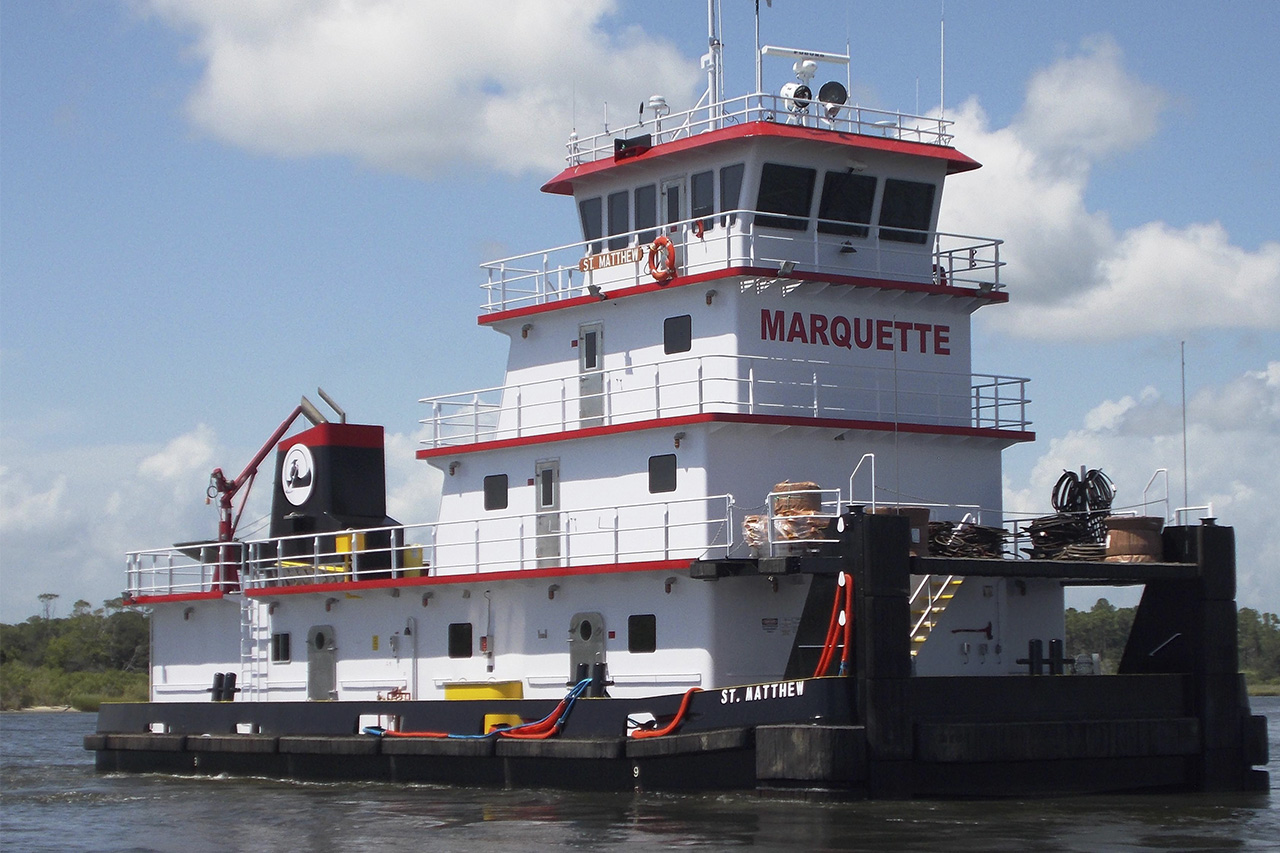 Has the Corner Been Turned?

The downturn in oil and gas industry activity in the Bayou Region continues to negatively affect local business providing service to both near-shore and deep-water operations, but there are signs of improvement, and that after a harrowing fall better times are coming, even though the progress is slow.

“I am hearing from my member companies that things seem to be slowly getting better,” said Christy Alley Naquin, executive director of the South Central Industrial Association. “They are cautiously optimistic, but they think things are beginning to take a more positive outlook.”

Naquin answered a question about the local state of the industry while returning to Houma from Port Fourchon, where she heard U.S. Bureau of Safety and Environmental Enforcement director Scott Angelle make an announcement with important ramifications.

The Trump administration has rolled back some industry requirements enacted by the Obama administration after the crippling Deepwater Horizon explosion and oil spill, drafting what it says are improved rules concerning blowout preventer systems and well-control regulations.

The change – welcomed by the industry – is seen as a good sign in an industry where even small victories are celebrated, aiding bit-by-bit in what is defined as a steep uphill climb.

The announcement, made last week, was delivered at a strategic location which has, like other facilities, suffered losses in business and morale since the oil industry’s activities in Louisiana offshore waters bean its decline around 2015.

Naquin said such changes are important to an industry making its way off the ropes.

“SCIA supports the well-control revision because although safety is a top priority,” Naquin said. “Every time a man or woman kisses their family good-bye as they leave to work offshore, the main goal is to get that person back to see their family. But you don’t want to have regulatory redundancies to paralyze the oil industry. We don’t want to loosen the belt without loosening the safety harness.”

Angelle’s announcement, Naquin said, is the type of news that can ultimately result in the potential for more people getting back to work in the Gulf, which benefits the companies – large and small – that are locally based.

The effects of the oilfield’s utilization of local companies are felt far beyond the industry itself.

Terrebonne Parish Sheriff Jerry Larpenter, who is also the parish’s chief tax collector, says he is too aware of what has occurred due to industry issues.

His own agency’s share of sales taxes has shown a slight improvement. A loss of $3 million in the sales tax share for the Sheriff’s Office in 2017 was eased slightly in 2018, when its loss was an improved $2.5 million.

“In 2018 this parish was down 2500 more jobs,” Larpenter said. “We lost middle class jobs and higher paying jobs in the oil industry, fifty and eighty grand and above. Hopefully as the price of oil is going up you will have these oil companies invest, and that’s an investment in other manufacturing jobs and service companies.”

Among experts who see the potential for improvement is Baton Rouge economist Loren Scott, who has predicted a comeback.

In a report prepared for Louisiana State University’s E.J. Ourso College of Business Economics and Policy Research group, released late last year, Scott saw a better future for the state overall, and the Houma area. Part of his predictions for greater success, however, is related to companies that have made progress in diversifying, something that economists have seen as important for survival and future success.

“After much bloodletting, the corner appears to have been turned in the Houma (area),” the report reads. “Fabricators and shipbuilders are making a reasonably successful shift to non-extraction-related customers. An oil price of $80 a barrel by 2020 is expected to start a serious revival in the Gulf by 2020. We are projecting 700 new jobs (+0.8%) in 2019 and a healthier, extraction-driven bump of 2,100 jobs (+2.4%) in 2020.”

“It is a tough situation when an economy is tied so closely to a commodity and that commodity’s price fluctuates in a most unpredictable way,” Scott said. “Such is the lot of the Houma MSA. The oil price decline after 2014 sent this economy into another slide down the ‘V’ and this has been a bad one. In the last three years, Houma has lost 15,800 jobs, a 16.1% decline. This is more than 2 1⁄2 times worse than what U.S. employment declined during the Great Recession over 2008-09.”

The job toll was dramatic, as recounted by Scott. Edison Chouest’s LaShip dropped from 1,000 people to 500, Scott noted, with half of the parent company’s ships stacked and personnel working half as much as before the crash. Baker Hughes and also Hercules Offshore laid off about 50 workers each at the time of Scott’s study. CCHI Aviation in Galliano laid off 74 pilots.

But Scott said there is good news.

Danos, a major oilfield operator which supplies personnel to projects all over the globe, was seen by Scott as looking to boost its workforce by 5-10 percent in 2019-2020.

Noting that a lot of the company’s personnel are involved in maintenance, repair, painting and refurbishing, Scott said some of its expected new business will be in the Gulf of Mexico. A good sign of the future, Scott said, is a Shell contract awarded to Danos for mechanical and maintenance work on that company’s Auger, Ram Powell, Enchilada, and Salsa platforms.

“It appears Houma (and surrounding communities including those in Lafourche Parish) has reached the bottom of the ‘trough’ in this recession,” Scott said. “Employment has been up every month in 2018 in the Houma Metropolitan Statistical Area since February. The numbers obviously do not show great growth, but at least they are up.”•