Is the Oil & Gas Industry in a Rut?

Bringing Back the Bayous One at a Time

Dr. Loren Scott is the president and founder of Loren C. Scott & Associates, Inc., a 35-year old firm that provides economic consulting and public speaking services. He is one of the 32-member National Business Economic Issues Council and gives 50-70 presentations a year. He has been interviewed on MSNBC, CNBC, Bloomberg TV, and several local TV stations and his work has been cited in such publications as the Wall Street Journal, the Financial Times, USA Today, the Los Angeles Times, and the Moscow Times, just to name a few. He is a co-developer of the Louisiana economic model which is a model used for providing annual forecasts of the Louisiana economy, and he had a lot to share about not only the industry, but Houma, Louisiana specifically.

2021 started with the inauguration of the Biden administration which created waves in the gas and oil industry. Dr. Scott noted the administration has set a target on the industry since the beginning when they stopped the Exxon Pipeline from being built, and he said the appointment of the Department of Interior, Deb Haaland, has also been a hit to the industry. The Department of Interior’s mission is to protect and manage the Nation’s natural resources and cultural heritage. They review all fossil fuel leasing and permitting programs for the Gulf of Mexico. Dr. Scott said Haaland is very outspoken; she is anti-fracking, believes in the green new deal and climate change. This means she is in charge of pushing forward on Biden’s promises to reduce the nation’s reliance on fossil fuels and create more renewable energy sources. This, of course, is bad news for the oil and gas industry. They started the year by canceling the scheduled lease sales which are detrimental to the Gulf. Since then, a Monroe judge has overruled the ban because the prerogative for selling leases lies within the Congressional Branch and not the Executive Branch.

There is a study currently being conducted to see how the expiration of the Gulf would impact society where Dr. Scott said it doesn’t paint a pretty picture for the Gulf of Mexico. It has slowed down expansive plans that companies may have had to drill in the Gulf, and there’s a worrisome trend that they are looking at. However, he said there is good news. The good news is the price of oil, and currently, it is $85 per barrel, so the price has come back after it had plummeted over this past year. Starting in April of 2020, it got down to under $30 and has since then climbed back up. Although Dr. Scott estimates those prices won’t stay high, he predicts the barrels will go down to the $70 range, which he said is a decent place to be.

One of the many reasons the prices are currently high is there are normally around 300,000 barrels coming in from the Gulf, but it is currently shut-in because of damage from Hurricane Ida. He said that will last, according to some projections, until around the first of the new year. Once this issue is fixed, it’ll relieve some of the pressure on the supply of oil, and bring prices down. Another reason for the current high prices is the winds slowed down in the North Sea. The area relies on wind energy, and when the winds died down, they found themselves needing to find other ways to generate energy other than wind. They didn’t have enough natural gas, so they have been using oil to run the turbines. Dr. Scott guessed that they will either get more natural gas from Putin, or the wind will start blowing again, and they won’t need as much oil.

The third factor on gas prices is in July of this year, the OPEC Plus group agreed to start adding 400,000 barrels a day of new oil for the market every month from now until September of next year. That adds up to around 5.8 million barrels of oil that they are going to add to the market if they stay on schedule. This will in turn put pressure on the price at the gas pump. All of these factors are what led Dr. Scott to forecast the price of oil to around $70 a barrel by next year. He said that’s a very good price, and from Houma’s standpoint, it will be well above the breaking point of the Gulf of Mexico, so it will be good for our area.

There is talk about putting wind energy turbines in the Gulf of Mexico. There were studies conducted about the effects where Dr. Scott said if they start talking about that and if he was a member of Ducks Unlimited, he would fight tooth and nail against it. This would be in the middle of a bird migration path. He said wind farms are a tremendous problem when it comes to birds. According to the Audubon Society, wind turbines kill an estimated 140,000 to 328,000 birds each year. Dr. Scott said this is a huge issue.

He said another problem is there is a push against the current administration that is surrounded by anti-fossil fuel individuals who don’t understand what will happen if they get away from fossil fuel, “Now we have a President of the United States going to OPEC and saying please sell us more oil, so we can send our money to you, instead of encouraging domestic oil production where we can keep the money in the United States. It just shows you how idiotic these people are when it comes to fossil fuel,” he said.

Dr. Scott’s firm recently released the 2021 Louisiana Economic Forecast and he shared the predictions for the Houma area. Houma is predicted to pick up 3,100 new jobs over the next two years which is slightly higher than normal. He said the area has lost a lot of jobs due to COVID-19, the state’s average of jobs lost was around 14 percent, and Houma’s average was a bit less than that. Part of the growth is recovering jobs that were lost from COVID and they forecasted the growth less than average of the state. The primary reason for that is because of the push from the Biden administration on the oil and gas industry. He said it’s making it difficult for Houma and that our area is heavily connected to the offshore oil and gas exploration industry. The fact that the Biden administration has the industry in the cross-hairs will hold back Houma’s growth. He said under normal circumstances, a barrel of oil going for $70 would cause our area to “rock and roll,” but we’re not because of the push from the administration.

He said the good news, however, is that while Hurricane Ida devastated the Houma area, it has created some damage to offshore platforms, which led to companies in our area who specialize in those types of repairs, to get big jobs. “There are jobs being created for a number of your businesses there,” Dr. Scott said, “like Grand Isle Shipyards, Danos, Gulf Island Fabricators, so there is new, but temporary, business.” He said that is some good news to come out of a dreary situation. He also commented on the ship-building companies in the area that are doing well because companies are hiring. This is due to the companies diversifying away from building vessels to serve the oil and gas industry specifically since the industry is looking a little morbid at the moment. For example, Bollinger has built the fast response cutter for the Coast Guard, and they have some contracts with some other sectors to build boats for them, which is hopeful.

Another example is Edison Schuest is starting to build new types of boats to serve the offshore wind energy industry. They are also doing Federal Defense work and research vessels. He touted the Houma area because, among the metropolitan areas of the state, Houma has the most dependency on oil and gas extraction, and the fact that companies are diversifying is important to help protect against the swings in oil and gas prices.

Houma may have seen ups and downs since 2020, but the area is resilient and will get through the roller coaster of the oil and gas industry- we have done so for years. 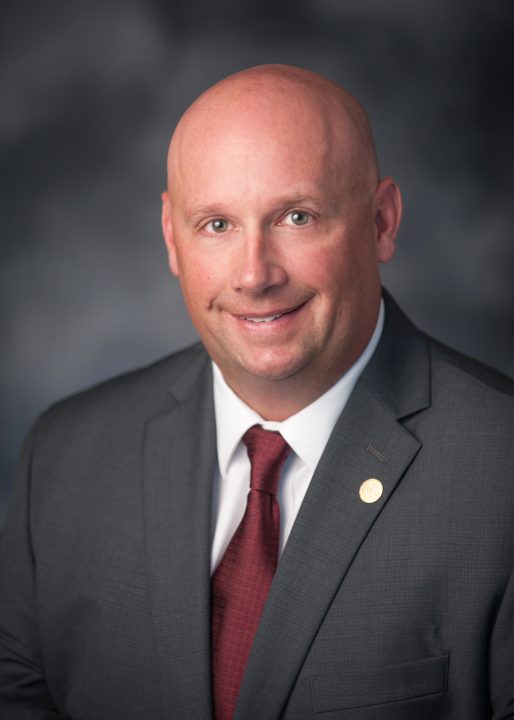 From the Top | Ryan Hebert