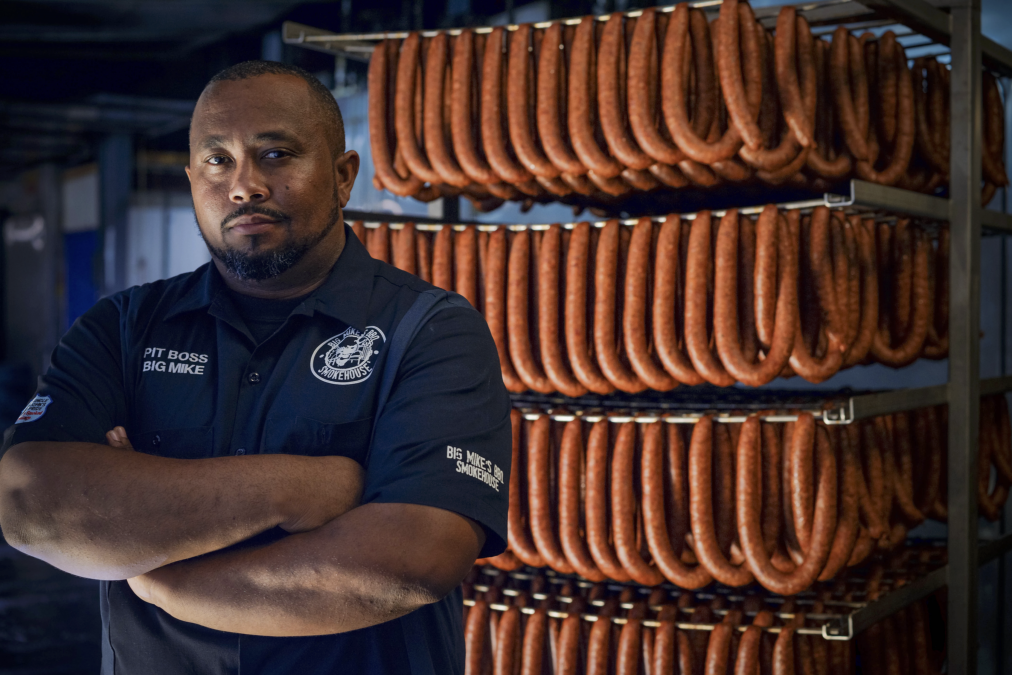 One of the area’s favorite BBQ restaurants started when owner Michael Lewis, “Big Mike,” packed up his Florida life and moved to Houma, his father’s hometown. He wanted to spend quality time with his father and to introduce Houma to his dream restaurant which is a fun gathering place where the community could come together to enjoy great food, drinks, and music. In 2008, Big Mike’s BBQ Smokehouse opened at the corner of Tunnel Boulevard and Barrow Street which was a 12-seat cafe.

Lewis had years of experience from manning the pits for his father’s smokehouse, years spent cooking in professional kitchens, and had a Lang barrel smoker, so he fed locals with what they call “fresh is best” style BBQ. According to them, the recipe was simple, rub extra “TLC” into every smoked rib rack, brisket, sausage, pork, turkey, and chicken quarter that they already spent hours to get just right. Since then, they have gained a reputation for serving tender meats and homestyle sides.

Just six months after opening, Hurricane Gustav hit the Houma community and Big Mike’s was heavily damaged. They were able to repair and open two weeks later. That was not the only obstacle the local restaurant had to hurdle. In November 2009, an electrical fire proved to be a much larger challenge than the natural disaster just a year before. The historic building the restaurant was housed in was a total loss, but they shared that every brisket that was smoking that night was still in good shape!

This was just an obstacle to owners Mike and Judith Lewis. They continued to move forward and moved the smokehouse to a gas station where they continued to serve their loved meats. They were then able to open a 70 plus seat restaurant on Barrow Street in 2011 and the location remains there today.

The Houma location has become a favorite and the demand grew. They were able to meet the demand by opening a Thibodaux location in 2017. The Thibodaux location allowed them to refine their experience even more by offering traditional and new favorites such as jerk wings and crawfish boudin. They also offer an array of craft beers on tap and have become a community gathering place where families, friends, and the town’s college crowd can catch up at.

They are planning to grow even more! The plans are still being finalized for a new location in Houma.

“I love our vibe at both restaurants, but I still want to build the place that our community deserves,” Big Mike says. “I want to create a place where the food and the environment match, where you can enjoy a hand-crafted brisket sandwich while hanging out with your family and friends and listening to some great live music. I want to build THAT place in Houma.”

Big Mike continues to grow by not only staying busy smoking at his restaurants but also traveling to participate in cook-offs and to visit friends in other states in the same industry. He also shows growth by showing community involvement.

The Lewis couple has served on multiple boards of directors in the community including the Houma-Terrebonne Chamber of Commerce, the Fletcher Foundation Board, and the LAT Workforce Development Board. To add to the list, they also saw an opportunity to grow in the food truck industry by spearheading 985 Eats Food Truck Park in Gray.

Big Mike said receiving the award was an honor and is a validation of the hard work that was put into the restaurants. He was thankful for the community at large because he said they are the reason they are here and the reason behind the growth. He also gave thanks to his employees and management team, “They are who make it happen because they come in every day and do what it takes to get the job done.” He said it means a great deal to him personally because it means that the community thinks they are doing a good job, and for that, they are humbled by it.