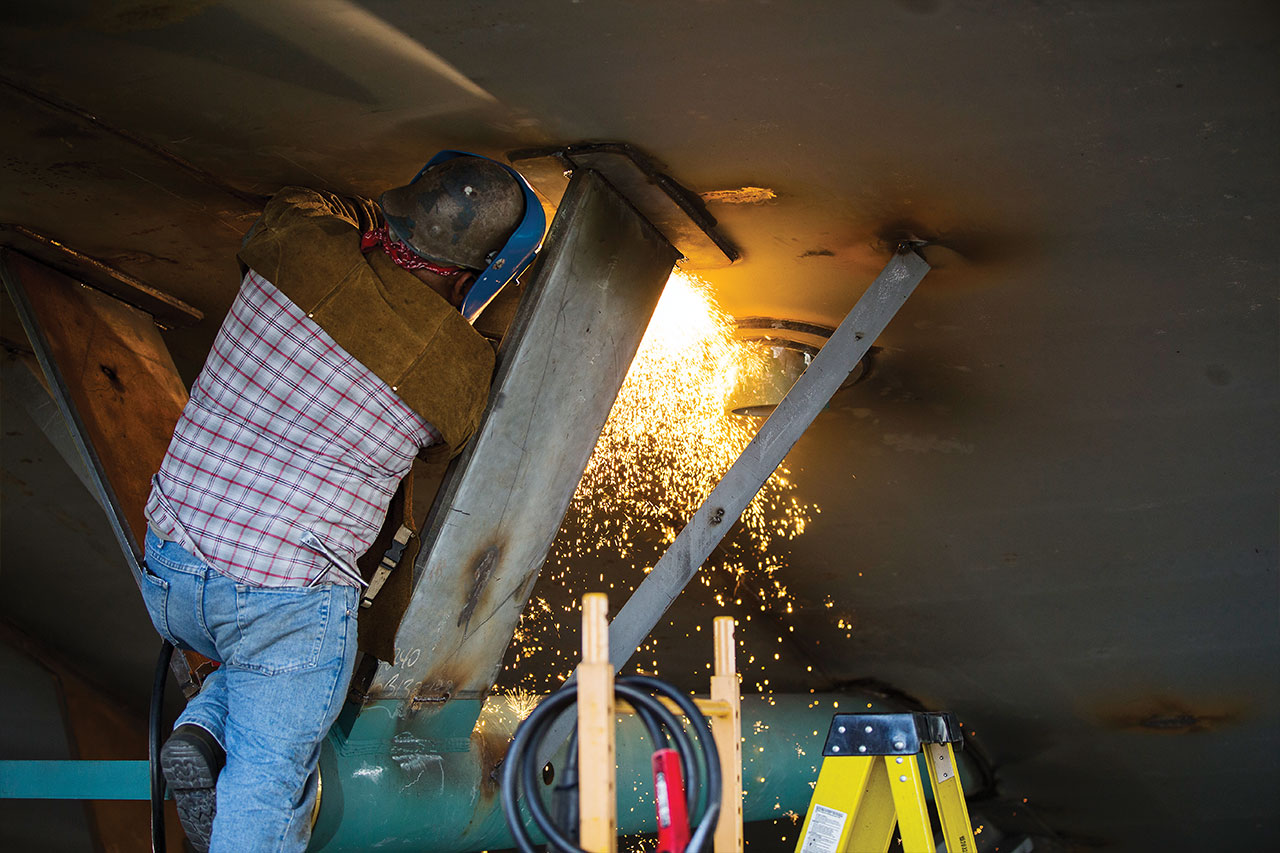 The sun is shining bright in the skies this September as the shipbuilders and engineers at – Cenac-owned, Houma-based Main Iron Works are hard at work on the boatbuilder’s latest creation: a new 100’, 6,008-hp Tier 4-compliant ASD tractor tug. The vessel was commissioned by New Orleans-based Bisso Towboat Inc. in Summer 2018 and is eagerly awaiting its December christening. This will join the growing list of tractor tugboats to enter service in compliance with the Tier IV environmental standards established by the U.S. Environmental Protection Agency (EPA).

Main Iron Works implemented the Selective Catalytic Reduction (SCR) system, which scrubs emissions by converting nitrogen oxide (NOx) into ammonia—also known as urea. The environmentally-sound process allows the ammonia to be absorbed by ceramic catalyst bricks built directly within the engines. This new system relies on the convergence of the ceramic catalyst and urea dosing and injection processes, and significantly cuts down on the amount of NOx, hydrocarbons, and other particulate matter and hydrocarbons released into the environment. In addition to greatly reducing the harmful inhalants, SCR systems are proven to substantially increase efficiency over their Exhaust Gas Recirculation (EGR) systems enacted on older boats. In fact, research demonstrates that SCR systems offer fuel savings of 5-9 percent against their EGR counterparts.

The vast majority of changes between this flagship tow tug and Bisso’s previously commissioned vessels are in the engine room for the SCR system, larger Z-drives, and a larger bow winch and staple to accommodate its expanded horsepower and bollard pull. The Houma crew relied on Bisso’s existing design with some minor changes in tankage, hull, and other very minor aspects.

The urea tanks were built out of 316 SS and welded into the Port/Starboard ballast tanks of the vessel in order to hold the urea liquid at a stable temperature and balance the vessels tonnage. Since 2010, virtually all new diesel-powered vehicles come equipped with a urea tank to comply with EPA regulations and remove harmful pollutants from the exhaust. A dosing unit injects a precise amount—32.5 percent urea and 67.5 percent water—of the mixture into the SCR, then, the SCR unit burns that urea liquid into exhaust. The heat emitted by the exhaust allows the urea to separate into its component parts of carbon dioxide and ammonia, but the catalytic nitrogen converter reacts with the urea and changes it into nitrogen and water—an environmentally innocuous substance that both humans and marine life tolerate. Top-of-the-line stainless steel piping, air dryers, and air compressors were built in to ensure that urea system runs smoothly, presenting the new Bisso tug as one of the most environmentally conscious tractor tugs on the Mississippi.

Towing, Shipbuilding, Conservation Coming Together
Arlen “Benny” Cenac, a towing and maritime leader in Houma, is a passionate conservationist intent on preserving the culture and ecology of the Gulf Coast. His long tenure and extensive family ties to the maritime industry meshed with his love for the Louisiana bayou and gave way to his newest project for Bisso.

The fuel system of the new vessel is carried out on the boat’s contained station “box” and remote fuel shutdowns are located on the outside of the engine room. A far cry from the fire pumps for exterior fire nozzle stations in Bisso’s previous vessels by Main Iron Works, the now-updated CO2 system suppresses potential fires in the engine and generator rooms, outfitted by eight Herbert Hiller CO2 chambers. Fixed-system water mist and CO2 dry chemical are the proven remedy for engine room fires and allow for people in the space to safely breathe if a fire erupts. Some suppression agents reduce the heat of the fire, but a CO2 fire suppression system eliminates the oxygen to suppress the fire. The CO2 level in the space rapidly increases, allowing the oxygen levels to drop until the fire is suppressed or extinguished. Since CO2 is a colorless, odorless, and electrically non-conductive gas that leaves no residue behind, the ship should be somewhat protected from damages—cutting down on costly repairs or downtime.

On this vessel, the American Bureau of Shipping (ABS) is the TPI (Third Party Inspector) agency overseeing the construction, outfitting, and testing. All tanks and piping were tested to check for leaks; this is something Main Iron Works has always performed in-house for each of the vessels built on the premise. • 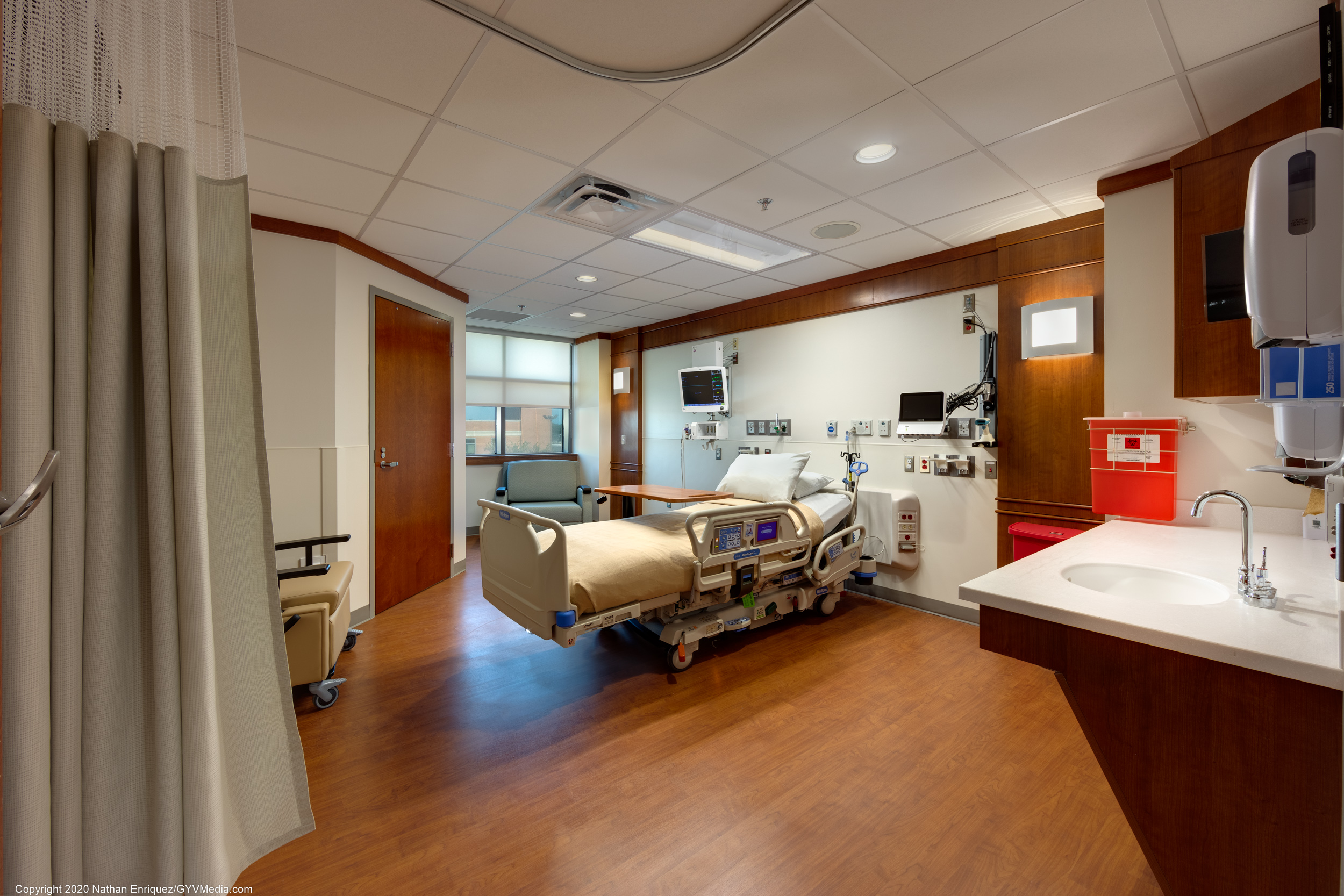 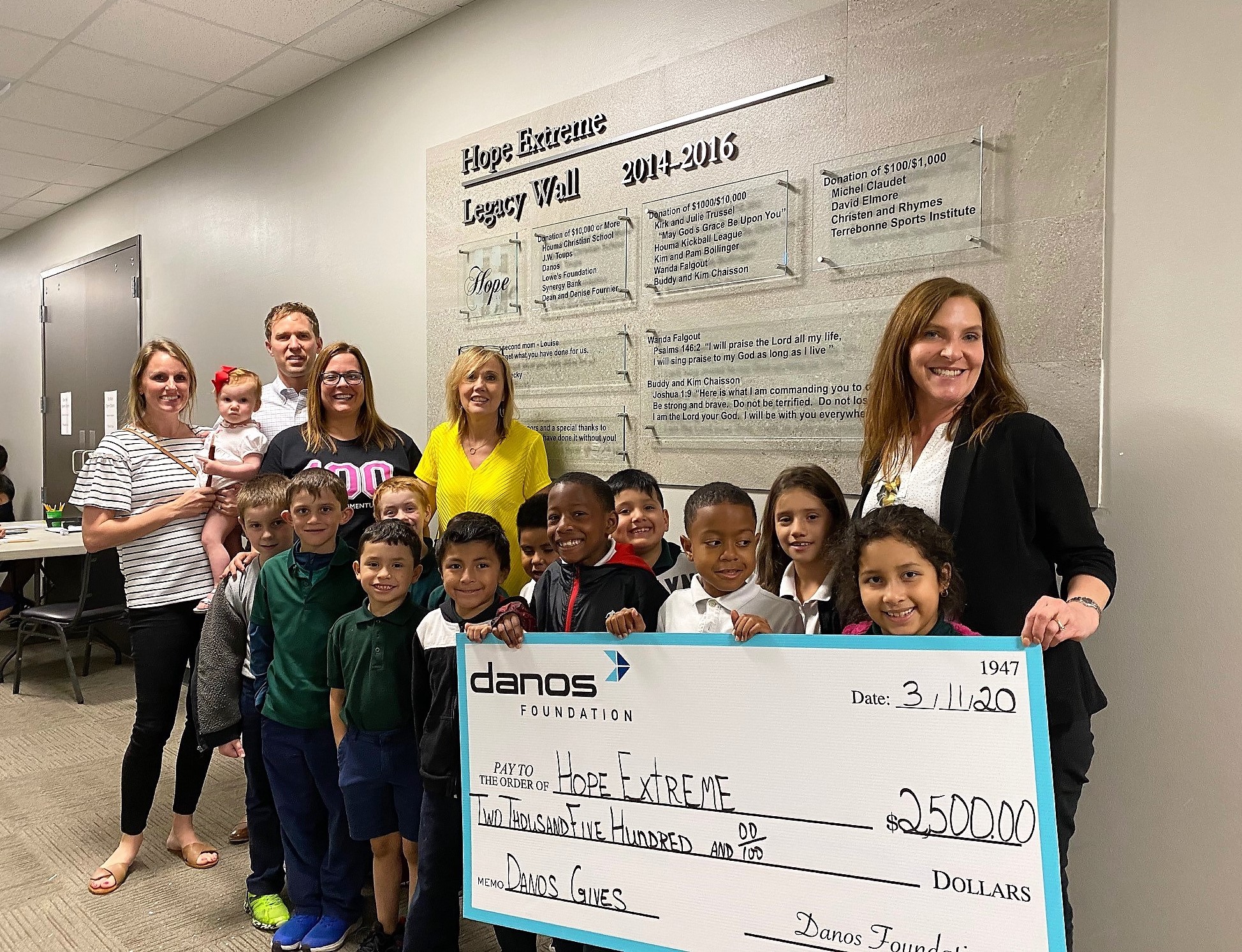 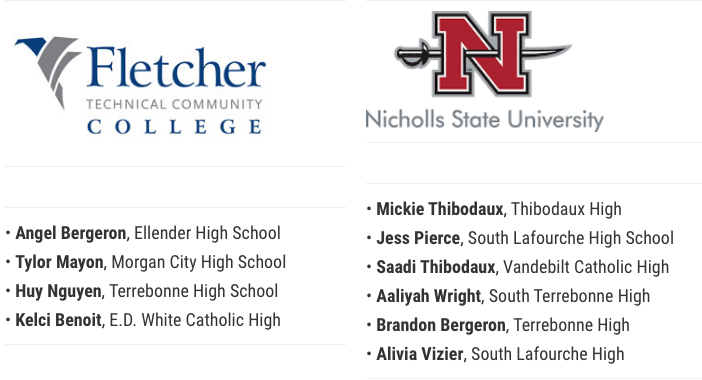