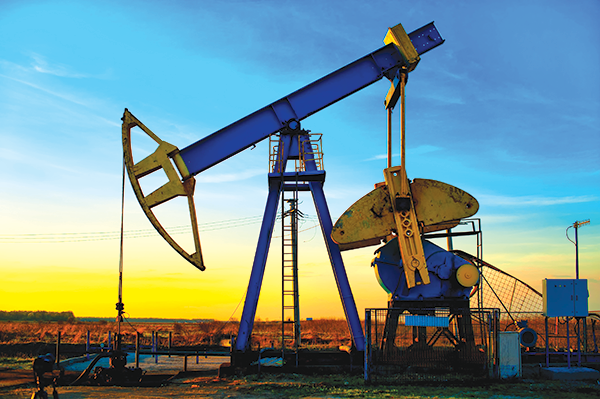 Oil and Gas Still Essential to an Evolving Economy

The question that gets asked at dinners, local group luncheons and some community meetings is how the oil industry is faring in the Bayou Region, amid hopes that what was seen as a profitable partnership a half-dozen years ago shall return.

Interviews with industry leaders, economists, public officials and other experts indicate the question should not be if the oilfield is coming back to life, but rather how its legacy is developing.

The Gulf of Mexico rig count — with some fluctuations over the year — remains static this week with a total of 16, which is the same number for this period in 2017 according to numbers from Baker-Hughes. Headlines in trade publications tell of booms in other parts of the world, with less news of note coming from the Gulf of Mexico region, and Louisiana in particular.

Industry experts maintain, however, that the problem is not necessarily a decline at this point in the local oilfield overall. Future opportunities remain for legacy businesses that have for decades supplied tools, transportation, vessels and services. But it’s not your father’s oilfield anymore and it’s taking shape in new ways as well as new places.

“There are two separate questions,” said Louisiana Oil & Gas Association President Gifford Briggs in an interview last month.  “The industry overall has seen a pretty strong rebirth. We are producing more oil in more ways than our country ever has, and there is an overwhelmingly abundant supply of natural gas.”

In 2007, Briggs notes, natural gas was being imported to the U.S. because supplies appeared low.

“Today we are having discussions about the being a net exporter of energy, and exporting oil as well,” Briggs said. “It is a titanic shift from where we were ten years ago.”

“The other side of the coin is that we are able to do that with less people,” he continued. “One of the challenges and advances in technology is that in Louisiana and on the Gulf coast we are seeing historically low drilling activity in some Louisiana inland waters. The Gulf of Mexico is in a steady state of decline for some time now. For Houma, Lafayette and Acadiana overall the low rig count in the Gulf is really hurting the economy and families and jobs.”

Physical change in how oil and gas are discovered and extracted, making for more efficient operations, also mean fewer bodies are needed, in the scenario Briggs speaks of.

Horizontal wells have replaced vertical wells. Drilling was done to 3,000 feet and now to 15,000.

“There are fewer rigs and fewer people,” Briggs said.

The industry’s success with shale drilling is something known for some time now, and it is not happening here in the bayou region. Some local companies are said to have provided expertise and personnel for out-of-town operations. Some of the local expertise is being employed in communities not so far away.

“We are not near back to where we were in the past. We do see some movement,” said Terrebonne Parish President Gordon Dove. He maintains that the Gulf of Mexico can’t be written off yet.

“With the price of crude oil reaching $70 and other crude reaching $78 the activity on the shelf is increasing,” said Dove. “I am hearing from some service companies that the shelf is starting to pick up.”

Inland barge drilling is also picking up, he said.

“The last lease Gulf sales were up 28 percent from the last one,” Dove said.

“A lot of Houma has diversified to providing services where there is fracking,” Dove said, noting that service companies here are aiding the industry in other places. “This is the best I have seen in four years. How far we have progressed time will tell. They have cut back on the inland drilling until it is feasible to explore again. Our service companies have lowered their prices.”

Pat Gordon, planning director for South Central Planning and Development, has acknowledged decline in sales taxes locally — only now beginning a slight climb — along with new prosperity in nearby parishes.

“The parishes along the Mississippi River, St. James, St. Charles, those with petrochemical plants, with the low price of natural gas all their industry runs are doing extremely well,” Gordon said. “Right now St. Charles is blowing and going.”

Dove has noted that sales tax collections in the regional retail center of Houma are slowly climbing, although not to anything near past levels. Even in areas where growth is slow, he has noted, the hemorrhagic status of years past has waned.

As some economic coaches and experts have suggested, local businesses once entirely offshore marine focused are revising their rolodexes and seeking clientele in other fields and models. Thoma-Sea shipbuilders are now working on massive fishing boats for large Pacific operations. Other companies are perfecting contracts for military vessels.

A Houma company, Main Iron Works, is constructing a big tug designed to aid big ships that will be employed on the Mississippi River.

Benny Cenac, Main’s owner, said the project is being done in conjunction with Bisso Towboat, a New Orleans company.

“We are proud to partner with Bisso as they build the most powerful
ship-assist tug on the Mississippi River,” Cenac said. “This is an opportunity we are privileged to be a part of. It’s our 12th build for them and we look forward to many more. This is our first Tier 4 boat, and it’s always such a pleasure to work with Bisso, a longtime customer.”

Main has a contract to build four inland towboats for Kirby Inland Marine. They should be completed from now through December.

All four vessels under construction are 2680 BHP twin-propeller conventional towboats measuring 88’x35’x12’2” and will be added to Kirby’s inland towboat fleet. They will be utilized in the transportation of a variety of petrochemicals, refined products, oils and liquid fertilizers. Kirby’s inland service area spans America’s inland waterway network including the Gulf Intracoastal Waterway, the Mississippi River, the Illinois River, the Ohio River and numerous other waterways. Kirby currently operates 998 active inland tank barges and 302 active towboats. Kirby represents the industry leader in safety, customer service and environmental protection.

“It is always a pleasure to partner with world class companies that generate the same level of high expectations and success as we do at Main Iron Works,” Cenac said when the contract was announced last year.

While anecdotal and statistical data indicate that the action is indeed occurring on the river, the base industries in Terrebonne and Lafourche — exemplified by projects such as those being done by Main — are still very much in the game. Experts say recovery for some may be slow, but that the ability to adapt is key for success.

Meanwhile crude oil itself remains an important part of the equation.

A presentation by Dr. David Dismukes of the Center for Energy Studies at LSU indicates the Gulf Coast will not be left out of new oil’s equations.