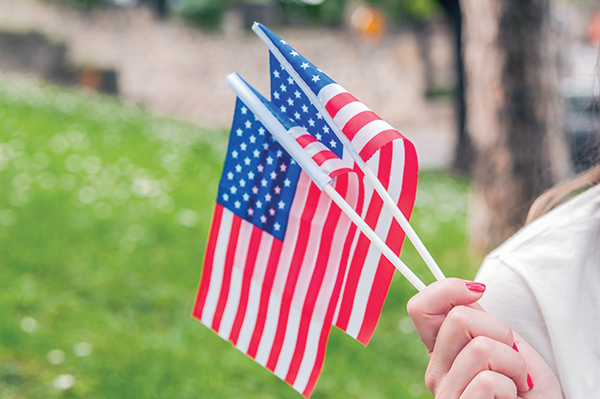 The voters in Lafourche and Terrebonne parishes sent a strong message to lawmakers during Midterm Elections, strongly shooting down tax increase propositions in each parish.

Debate on social media and around water coolers in the area were strong in the lead-up to the elections, but voters had their say, nixing both with strong majorities.

A hard push from Terrebonne Parish Sheriff Jerry Larpenter proved unsuccessful on Midterm Election Day, with voters rejecting his proposed 1/2 -cent sales tax to expand the use of school resource officers, provide raises for deputies and bolster his office from effects of revenue decreases over a period of years.

The tax measure failed by a 2-1 margin, with 9,958 “yes” votes and 19,934 “no,” or 67 percent against and 33 percent in favor, according to final but unofficial results provided by the Louisiana Secretary of State.

“I want to thank all the people who came out and supported this, the ministers, the organizations who supported me,” Larpenter said in a telephone interview. “Everybody says they want to ‘back the blue.’ What happened to ‘back the blue?’  Every function I go to people say they want to say prayers for our military and our police. But no one wants to support law enforcement financially. Let’s say a prayer. But wouldn’t it be nice to throw a little half-cent?”

Larpenter proposed the tax as the state of Louisiana eliminated half of a temporary one-cent sales tax that had begun during the administration of former governor Bobby Jindal. He had reasoned that by continuing to pay a half cent, Terrebonne voters would not feel a hit, while financing a resource officer in every parish school, including those which are private. About half the revenue generated would have paid for those, with the other half going to raises and other costs.

There was no known organized effort to derail Larpenter’s proposal, but individual and near-viral postings on social media indicated a grass-roots opposition. The Houma-Terrebonne Chamber of Commerce, a powerful opinion-molder, took no position on the issue. In the past it had opposed a proposed school district tax but granted support when the schools gave the proposal a second pass.

Opponents — with a heavy presence on social media, Facebook in particular — criticized Larpenter’s office finances and questioned whether he could do what he promised, as well as the absence of a sunset clause in the proposal. Budget cuts should precede any attempt to levy any added tax, according to some critics of the measure.

Cuts are what Larpenter now says he must impose to avoid continued borrowing of money on an annual basis to meet shortfalls.

Perks the parish has enjoyed, he says, such an inmate work program and heavy presence at Carnival parades are in jeopardy. Some layoffs may be needed, Larpenter said, before the start of 2019.

A proposal to reinstate a 3/10 of one cent sales tax to continue current service levels of trash collection was rejected by Lafourche Parish voters during Midterms, an action supporters said would likely result in cutbacks of collections.

The tax failed by a vote of 13,950 against and 10,081 in favor, or 58 to 42 percent. Revenues, supporters say, are no longer sufficient to pay for current trash-related services. If the reinstatement would not pass, they said, trash pickup would drop from two days a week to one and bulk pickup as well as removal of tree limbs would be at risk of being cut.

Detractors said Lafourche natives pay more than competitive rates for their garbage pickup, challenging parish council to find a better way to deal with the situation than increasing taxes.

Taxpayers okayed the 3/10 of a cent sales tax in 1986. The Lafourche Parish Council later rolled it back, because the parish was awash in revenues related to what had been an oil boom. That ended in the middle of this decade.

In 2016, Lafourche officials said, the sales tax dedicated to trash pickup and related services brought in about $6.7 million, but trash expenses were $8.2 million. In 2017 those revenues, parish records showed, decreased to $6.4 million while expenses rose to $8.4 million. Money from other parish projects including drainage and recreation, officials said, has been taken to fill those shortfalls.

A belief that a switch to larger trash containers was unnecessary as well as unsightly is among unneeded expenditures that raises costs was among many objections raised by opponents.  Some critics said they would not vote for the 3/10 of a penny tax replacement because of displeasure with the level of service. Some complain that trash falls out of trucks and litters the roadsides in Golden Meadow and other communities. •