Once upon a shrimp boat

So there I was next to a cemetery and having a hard time finding my way around.

Yes, I know, I shouldn’t have such problems in a place where the only directions making sense in southern Lafourche, parked near “up the bayou, down the bayou and occasionally across the bayou.”

But that’s just the way it goes sometimes.

With my work done, I was going to stop and Margaret Curole; she is nothing less than a Cajun Auntie Mame.

She lives in Galliano, in the home she shares with her husband, Kevin, and 11 cats. The cats live outside and just kind of adopted Margaret. I had been invited there many times but never had the pleasure, and this winter night was as good as any.

The house is about 60 years old and was built by her father, the late Andrew Jackson Bryan, an oilman whom Margaret says greatly resembled Gregory Peck, in both appearance and demeanor.

In front there is a graceful old oak tree. One branch that goes across the yard is 38 feet long just by itself.

Before I got near the door an aroma hit me broadside, what I later found out were simmering Cape Canaveral jumbo shrimp, which were to be served with a special bread and scrumptious black eyed peas. The shrimp smell mingled with the scent of burning hardwood, and suddenly I was no longer in the midst of news coverage, I was in an oasis of culinary artworks, in a house I was soon to learn was a work of art in itself.

I have to explain that once upon a time Margaret and Kevin were happy running their shrimp boats, the Godzilla and the Heavy Metal, all part of what was once Louisiana’s great seafood economy. That was until 2001 when prices started to drop. The Curoles, like a lot of other people, put some extra money they had earned during good years just before that into the boats. But that time the gamble didn’t pay off. The notes were too much, the shrimp prices sank too low, and eventually the Curoles found themselves out of the business. But not before Margaret made a name for herself, speaking on behalf of fishermen all over the world, because when she spoke of how hard it was for everybody she could make men cry.

At Margaret’s kitchen table, the conversation with her and another old friend, Karen Hopkins, covered many topics in a short amount of time.

There was talk of some seafood folk they stay in touch with. And then I got a tour of this amazing house. On one wall, there were collections of early farm tools, near the woodstove. On another wall were all manner of Godzilla memorabilia, from scale models of the beast to rubber figures and movie posters, because that is Kevin’s nickname.

In the rear of the house was the solar-powered cooling, and other interesting touches. Margaret confessed that with Kevin now captaining for one of the great commercial work boat companies in the world, and with herself traveling globally promoting sustainable food and sustainable fisheries concepts, things are good.

They have what they wish to have and more, in addition to the blessings of wonderful children and grandchildren.

And then in the midst of a conversation about all this Margaret tears up.

“Yes, Kevin makes really good money and when he comes home we go to Mexico, Costa Rica, Jamaica. And that would never have been possible in the past,” she said. “But if you told us we could go back with the Godzilla, living at our camp, being trawlers … I would trade it all, if it was to be like it was back then, once upon a time.”

And so upon leaving Margaret’s kitchen, belly full and head swimming with ideas about all the things discussed at her table, I realized that she, like most grownups, knows once upon a time never comes again, like it says in a song.

And then instead of being happy, I was just a little bit sad.

It’s a right of the people 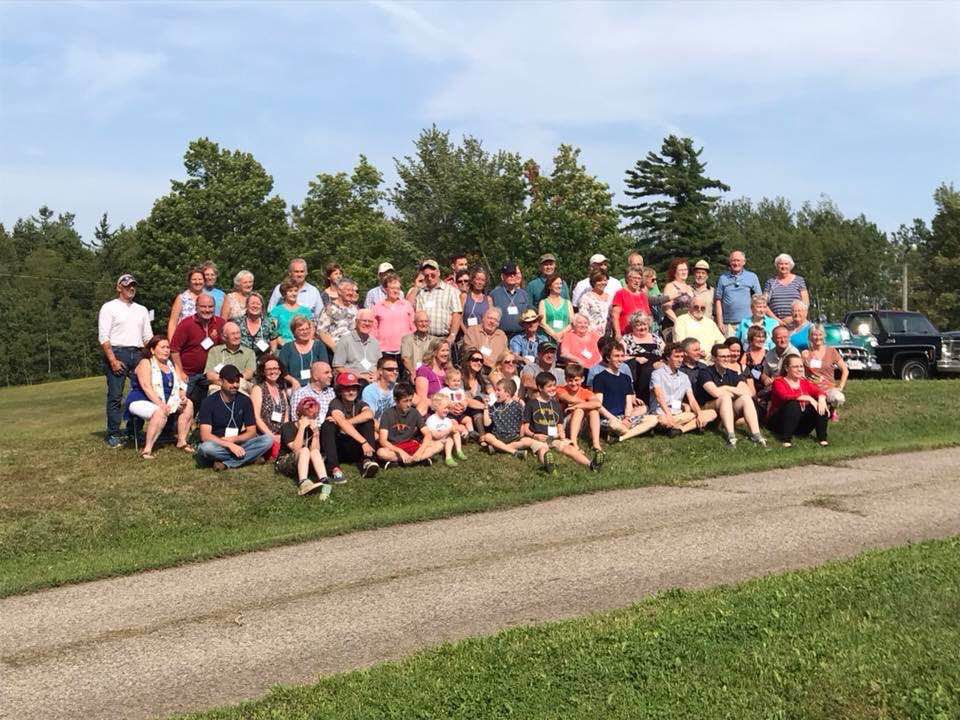