Arrests made in connection with Christmas Eve shootings; authorities seeking one suspect 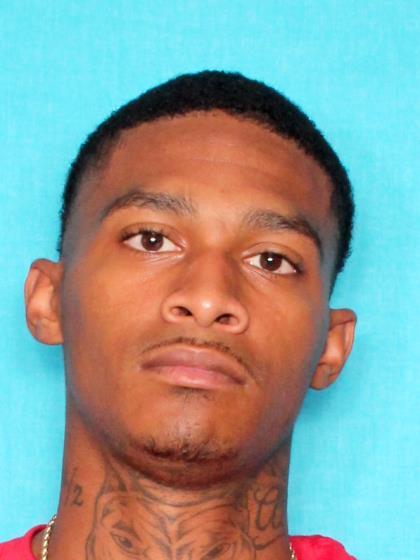 Sheriff Jerry Larpenter is requesting the public’s help in locating a suspect in connection with a murder and attempted murder which occurred on Dec. 24, 2019.

Warrants have been issued for Desmond Devonte Verdin, 23, who is considered armed. Apprehension or contact should not be attempted. Call TPSO at (985) 876-2500 or Crime Stoppers of the Bayou Region at 1-800-743-7433, if he is observed. Callers remain anonymous and may qualify for a cash reward of up to $1,000.

On Jan. 2, 2020, Tyler D. Payne Jr., 27, was arrested by detectives and is now being held at the Terrebonne Parish Criminal Justice Complex charged with murder and attempted murder.

A 15-year-old juvenile suspect was also arrested, on Jan. 1.

During an attempt to apprehend Verdin Wednesday morning, Jan. 1, a vehicle pursuit ensued during which the vehicle in question crashed into a house on Olympe Drive in the Village East subdivision, causing minor damage.

Two suspects fled but a passenger, Gerard Barrow, 25, was arrested on methamphetamine distribution and possession charges.

On Tuesday, Dec. 24, 2019, at approx. 11:45 a.m., Terrebonne Parish deputies and detectives responded to a local hospital regarding two men who suffered gunshot wounds.

Deputies obtained information that the shooting had taken place at the intersection of St. Louis Canal Rd. and N. Hollywood Rd. Houma while the two men were inside of a vehicle.

After the shooting, the suspect’s vehicle turned right onto N. Hollywood Rd. and headed towards West Park Ave. Houma, La.

Detectives responded to the hospital in order to continue with this investigation. Detectives obtained information that there was an alleged verbal altercation that occurred inside of the Southland Mall which led to this shooting.

There were multiple bullets holes in the vehicle that the victims occupied. On Christmas Day, Dec. 25, 2019, at approx. 3:45 a.m., Terrebonne Parish Sheriff’s Office detectives were contacted by a hospital physician and informed that the 35-year-old gunshot victim, Courtney Carter, 35, had passed away.

This case remains under investigation.