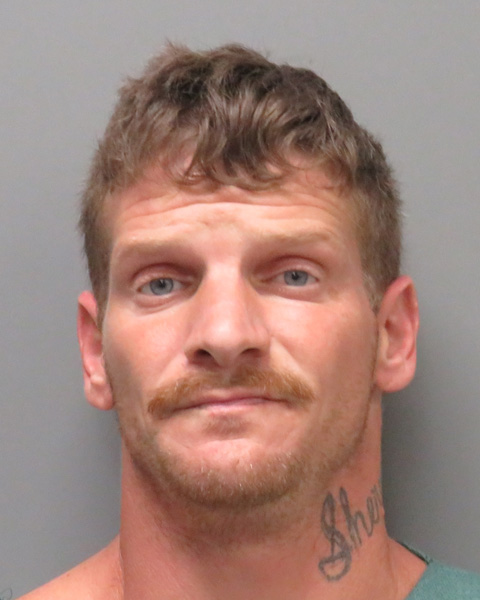 Lafourche Parish Sheriff Craig Webre announced a man who was injured in a shooting incident in Mathews involving a deputy on Sunday has been booked on charges stemming from the incident. Daniel Boudreaux, 34, of Dulac was booked with Aggravated Assault on a Police Officer and other charges.

As previously released, the Lafourche Parish Sheriff’s Office received a call on the night of August 22, 2021, regarding Boudreaux causing a disturbance at a residence on Linda Street in Lockport. He was reportedly armed with a rifle and possibly suicidal. As deputies were responding, they learned Boudreaux had left the residence in a pickup truck. A deputy located the truck and attempted to conduct a traffic stop. Boudreaux refused to stop and turned onto Adams Street in Mathews. Boudreaux stopped the vehicle in the 200 block and exited with a rifle. He began running, and the deputy gave commands for him to stop. Boudreaux then turned and raised the rifle toward the deputy. The deputy then fired at Boudreaux, striking him in the arm. The deputy rendered first aid until an ambulance arrived and transported Boudreaux to a hospital. He was eventually transported to University Medical Center in New Orleans for treatment.

Through investigation after the incident, an eyewitness told investigators the man had made statements earlier in the evening indicating a desire to die in a “suicide by cop” situation. Detectives also learned he had stolen the rifle from the Linda Street residence. Detectives obtained warrants for Theft of a Firearm, Flight from an Officer, and Reckless Operation.

Per Sheriff Webre’s request, Louisiana State Police investigated the shooting itself and obtained warrants for Boudreaux for Aggravated Assault upon a Peace Officer and Possession of a Firearm by a Convicted Felon.

On Wednesday, August 25, Boudreaux was released from University Medical Center and was taken into custody. He was initially booked into Orleans Parish Prison. He was then transferred to the Lafourche Parish Correctional Complex where he was booked on the aforementioned warrants. Bail is set at $176,000.