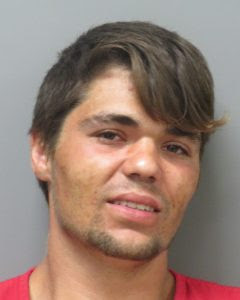 Narcotics agents had started an investigation into Stevens beginning in July 2021 after identifying him as a low to mid-level drug dealer in the South Lafourche area. Through the investigation, agents were able to obtain arrest warrants for Stevens and his girlfriend, Lavonne Johns, for heroin distribution.

On September 28, 2021, agents located Stevens outside of his residence. As agents began to take him into custody for the active warrant, Stevens began resisting violently and punched an agent in the face. Agents eventually took Stevens into custody, as well as Johns who was also on scene. Agents then obtained a search warrant for the tent outside Stevens’ residence. During a search of the tent, agents located methamphetamine, heroin, various drug paraphernalia, and approximately $500 in cash.

Stevens was booked on a warrant for Distribution of Heroin. He was additionally charged with Possession with Intent to Distribute Heroin and Methamphetamine, Possession of Drug Paraphernalia, Battery of a Police Officer, and Resisting an Officer with Force or Violence. Bail is set at $301,000. He is also being held for Louisiana Probation and Parole.

Johns was also booked on a warrant for Distribution of Heroin. She was additionally charged with Possession with Intent to Distribute Heroin and Methamphetamine, as well as Possession of Drug Paraphernalia. Her bail is set at $176,000. 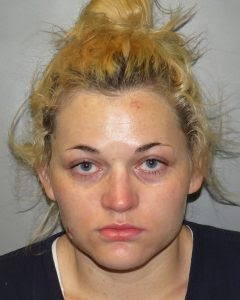