Police: Two Arrested for Recent Burglaries and Theft in Gheens

Gary Matherne, 25, of Gheens and Chevy Plaisance, 18, of Mathews each face multiple felony charges in connection with recent burglaries in the Gheens area.

On January 20, 2020, Lafourche Parish Sheriff’s deputies responded to multiples reports of stolen property in the Gheens area. In all, four vehicles and one home were burglarized, and a motor was also stolen directly off a boat. During the residential burglary, thieves broke a window to enter the home and stole six guns, four hunting bows, jewelry and other valuables. Approximately $1,000 in cash was stolen in the vehicle burglaries.

As detectives gathered evidence through several sources, they developed Matherne and Plaisance as suspects in the crimes. On January 30, 2020, detectives obtained a search warrant for Matherne’s residence and made contact with him at his home. During the search, investigators discovered several hunting bows and firearms that had been reported stolen, and the serial number on one gun had been obliterated.

Investigators also contacted Plaisance at his residence. He was found in possession of some of the other stolen firearms and jewelry from the investigation.

Matherne and Plaisance were both arrested and transported to the Lafourche Parish Correctional Complex in Thibodaux. They were each charged with four counts of Simple Burglary of a Motor Vehicle as well as Simple Burglary of an Inhabited Dwelling, and Felony Theft. Plaisance’s bail was set at $70,000. Matherne was additionally charged with Possession of a Firearm with an Obliterated Number, and his bail is set at $80,000. 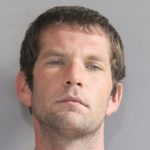 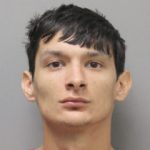