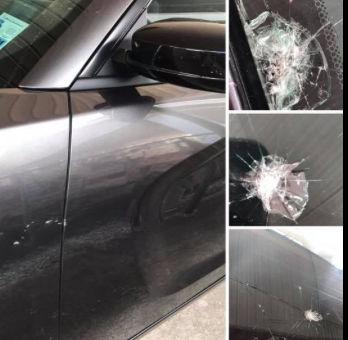 Several locals have informed The Times that their car was hit by rocks while traveling in southern Lafourche Parish last night and early this morning.

This morning, several social media posts were created and shared stating that there were gunshots fired at cars yesterday on La. Highway 1 in southern Cut Off.

Those reports were not true, but The Times has confirmed from several locals that rocks were thrown at passing cars traveling the road.

One of the victims, Tammy Adams, said detectives responded to the scene and found large rocks on the side of the road. Her vehicle, a brand new car, sustained damage.

Several other locals said their cars were also targeted in the incident.

This is a developing story. It is not yet known if suspects have been identified or arrested.

It is believed that the suspects are juveniles.

“I’m very thankful to God it was just the car and nothing happened to us,” Adams said in a Facebook post showing her damage.