Police: Two Arrested for Recent Burglaries and Theft in Gheens

On January 28, shortly before 10 p.m., a 51 year old female contacted the Houma Police Department stating she was walking in the area of Tunnel Blvd and Sonny Street when subjects occupying a dark colored vehicle drove past her. The occupants fired a paint ball gun at her, striking her several times.

While speaking to law enforcement with the Houma Police Department who were responding to the call, the victim observed the vehicle pass again and pointed it out. Officers immediately conducted a stop near Roselawn Street and identified the occupants as Nolan Ross, 20 years old of Monarch Drive and Tyrik T. Sims, 18 years old of Bailey Rd in Tallulah, La.

Taking this into consideration, Nolan Ross and Tyrik Sims were arrested for Aggravated Battery. Nolan Ross received additional charges of Possession of a CDS I (marijuana), as well as Contributing to the Delinquency of a Juvenile. They were transported to the Terrebonne parish Criminal Justice Complex to be booked on the aforementioned charges.

The victim in this incident sustained moderate bruising but refused medical treatment. The juvenile was not charged and released to the custody of his parents. 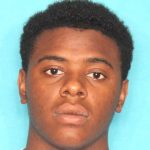 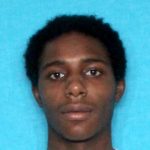