TPSO: Juvenile in shooting near St. Charles Street to be tried as adult 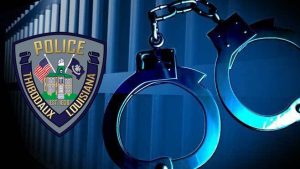 Thibodaux Chief of Police Bryan Zeringue announced the arrest of four juveniles, who were involved in multiple vandalism complaints and a vehicle burglary on November 15, 2020. These arrests were made over the course of the past couple of weeks, after the investigation linked multiple juveniles responsible for the early morning crime spree.

Shortly after 2:30 a.m. on Sunday November 15, 2020, Officers of the Thibodaux Police Department responded to the 200 block of North 13th Street, where it was learned that several unopened soda cans were thrown through the residence’s bedroom window. The homeowner was franticly woken and could hear unknown subjects laughing outside the residence.

Although no suspects were located upon patrolling the area, officers did begin to find further damage throughout the North Thibodaux Community. Officers discovered a total of 16 vehicles and 3 residences affected. One residence sustained broken windows, one vehicle was burglarized and the remaining vehicles and residences were covered in spray paint graffiti.

Thus far, the investigation has resulted in the Thibodaux Police Department Criminal Investigations Division apprehending four separate juveniles connected to the crimes. Three black male subjects who were 14 YOA and one 13 YOA were booked and charged accordingly. Three out of the four were transported to the Lafourche Parish Juvenile Justice Center, where two still remain. All subjects were charged with 20 counts of Simple Criminal Damage to Property and the 13 year old was additionally charged with Simple Burglary.

Chief Zeringue said he is appalled by the actions of these youths and advised that their parents and guardians are just as responsible for their actions as they are.

Chief Zeringue would also like to remind all Parents and Guardians of the City of Thibodaux’s minor curfew ordinance. This ordinance applies to all subjects 17 years of age and younger and will be strictly enforced.

This incident remains under investigation and additional arrests are expected in the near future. We will update the public accordingly as this investigation progresses. Chief Zeringue would like to thank our community partners for their patience as detectives continue to work tirelessly to ensure all suspects responsible for this heinous crime are apprehended.