Untapped at Live Oak is Brewing this Friday, May 13 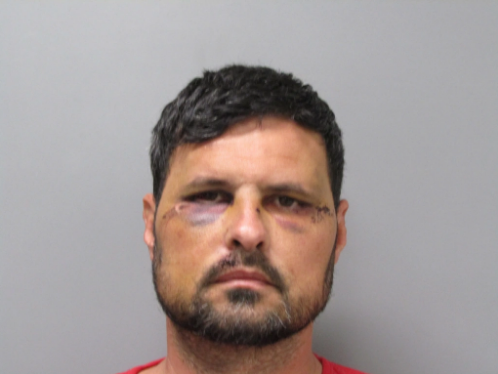 On Sunday, May 1, 2022, shortly after 7:30 p.m., Thibodaux Police Officers were advised of an aggravated assault that occurred in the parking lot of the fairgrounds. Upon attempting to make contact with the suspect in the incident, he fled from police in his vehicle. As the officers on the scene radioed a suspect and vehicle description including the license plate information to the patrol units, three victims explained that the suspect began making racial remarks to them for no reason before pulling a handgun and threatening them. A vehicle matching the suspect vehicle’s description was later observed by a patrol unit, but the officer could never get close enough to the vehicle to confirm a license plate number. The vehicle in question then traveled out of the City Limits and crashed at the intersection of LA 3185 & Ridgefield Road.

Once making contact at the crash scene, the driver of the suspect vehicle matched the description as the suspect involved in the aggravated assault and was identified as Mark Dyer Jr. A firearm suspected of being used in the aggravated assault was also located in the vehicle. Mr. Dyer was not arrested on the scene due to his extent of injury in the crash, which is being handled by the Louisiana State Police. All questions regarding the crash should be directed to Louisiana State Police Troop C.

A warrant was later obtained for Mr. Dyer’s arrest who was booked into the Lafourche Parish Correctional Complex on a $100,000.00 bond.