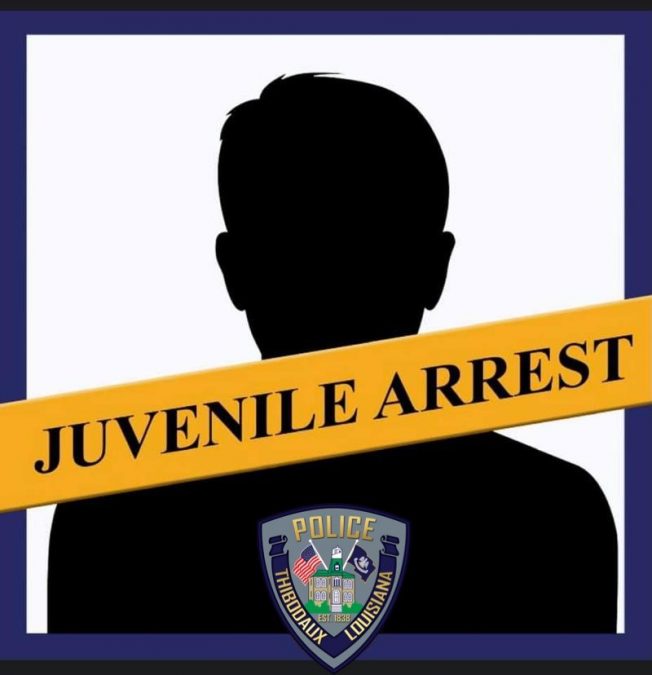 Thibodaux Chief of Police Bryan Zeringue announced the arrest of a Juvenile (B/M, 16 of Thibodaux, La.), for Illegal Possession of a Handgun by a Juvenile, Carrying a Concealed Weapon & Possession of Tobacco by a Person Under 18.

On Saturday, April 3, 2021, shortly after 4:00 p.m., Thibodaux Police Officers made contact with a suspicious juvenile in the 1700 block of Midland Drive. The juvenile who appeared to be concealing something was found to be in possession of a pistol and several cigars.

The juvenile was placed under arrest and transported to the Thibodaux Police Department, where he was booked and charged accordingly. The juvenile was later released to a guardian, pending a juvenile court date.