Cooperation between Terrebonne Parish Sheriff’s Office patrol deputies and members of the Detective Division resulted in the rapid arrests of two Houma men in connection with a burglary in Houma.

On June 8, 2020 at approximately 8:46 a.m., uniformed deputies responded to the 5500 block of West Main Street for a burglary complaint. They were told that a horse barn on the property had been broken into, and that two go-carts and a dirt bike were stolen. In addition to damage of the barn’s lock, there was damage to a tractor that was inside the structure.

After departing from the scene, a deputy saw an individual on a go-cart matching the description given by the complainant near Mardi Gras Court. The subject, Aaron Paul Charrier, 26, was detained and detectives were assigned to assist with the case.

Further investigation resulted in the identification of an additional suspect, Joseph Foret, 41, and a warrant was executed at his residence on Marie Louise Street. 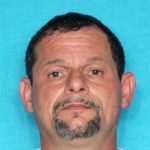 Aaron Paul Charrier and Joseph Foret were both transported to the Terrebonne Parish Criminal Justice Complex where each was booked for felony simple burglary and for felony criminal damage to property.