Two arrests made in fatal shooting of Thibodaux man 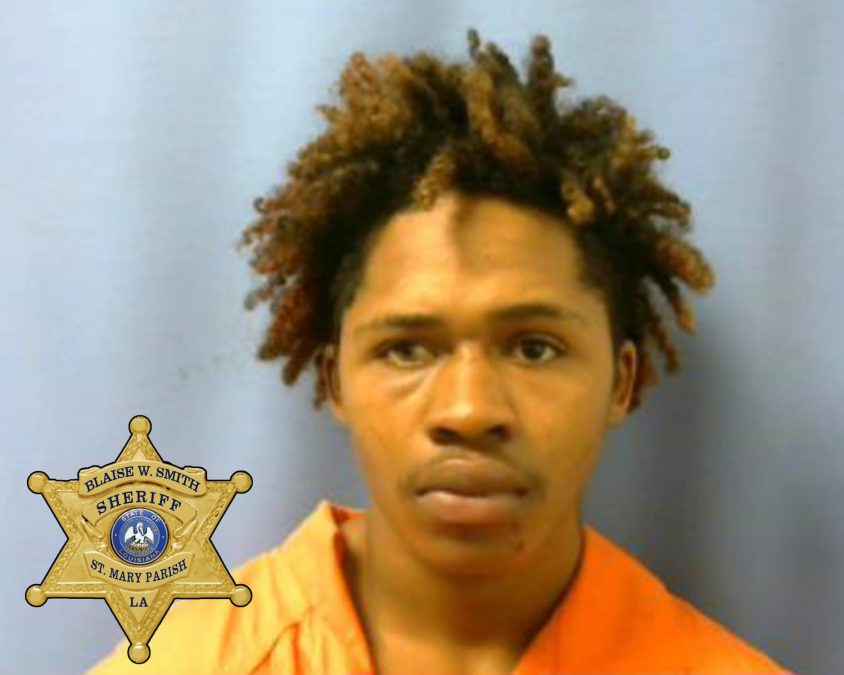 From the St. Mary Parish Sheriff’s Office:
Sheriff Blaise Smith announces the arrests of two men in the shooting incident that claimed the life of Keiondre Onell Allridge, 21, of Thibodaux.
.
𝐂𝐚𝐦𝐞𝐫𝐨𝐧 𝐉𝐚𝐫𝐨𝐧 𝐒𝐜𝐡𝐫𝐨𝐝 𝐇𝐨𝐠𝐚𝐧, 𝟏𝟖, Patterson, LA, was arrested on March 26, 2021, at 9:10 am on the following charges:
– Murder- 1st degree
– Illegal possession of stolen firearms
– Cultivation of marijuana
– Possession of firearm w/obliterated serial number
– Possession of firearm in presence of a CDS
– Illegal use of CDS in the presence of person under 17 years of age
– Possession of legend drug without prescription with intent to distribute
– Possession of drug paraphernalia.
.
𝗝𝘂𝘃𝗲𝗻𝗶𝗹𝗲 𝗠𝗮𝗹𝗲, 𝟭𝟲, Patterson, LA, was arrested on March 26, 2021, at 11:50 am for murder- 1st degree and illegal possession of stolen firearms.
On Thursday evening, March 25, 2021, at approximately 8:35 pm, deputies responded to a call of shots fired in the Zenor Road area of Patterson and an additional call of a possible wounded man at a business in Patterson. Upon arrival at the business, deputies made contact with three occupants in a vehicle.
One of the occupants, identified as Keiondre Onell Allridge, 21, from the Thibodeaux area, was later pronounced dead by the St. Mary Parish Coroner’s Office.
It was learned through the investigation that Allridge and the occupants of the vehicle had traveled to a residence in Patterson to meet someone. While sitting in the vehicle, they were approached by two males who subsequently fired at them. The driver of the vehicle drove the occupants to a business located at 1902 US 90 in Patterson.
Later, two persons were developed as suspects in the murder. Detectives obtained and executed a search warrant at the home of one of the suspects, identified as Hogan, which led to drugs and weapons being seized.
Arrest warrants were obtained for Hogan and a Juvenile Male and they were subsequently arrested. Hogan was transported to the St. Mary Parish Law Enforcement Center for booking. No bail has been set. The juvenile male was arrested and is being housed at a juvenile detention center.
Sheriff Blaise Smith would like to express his thanks and appreciation to the Patterson Police Department for their assistance in this case.