Dance into the weekend with Bayou Boeuf Volunteer Fire Department 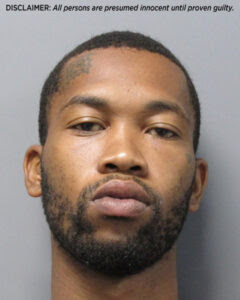 Lafourche Parish Sheriff Craig Webre announced another individual has been arrested in the investigation into the escape of an inmate from the Lafourche Parish Correctional Complex in September 2022. Jasmina Mahoney, 26, of Tennessee has been charged with assisting in the escape of Leroy Miles Jr., 23, from the Correctional Complex. Investigators had also previously charged inmates Bricelon Martin, 26, and Jordan Beltz, 21, with assisting in the escape.

On September 16, 2022, Investigators learned Miles had squeezed through a small drainage opening after kicking out a metal cover. He then scaled two perimeter fences of the facility to escape custody. The following morning, Miles was located in a hotel room in Terrebonne Parish and taken into custody. In the days following the escape, investigators charged inmates Martin and Beltz with assisting escape.

Through further investigation, detectives learned Mahoney allegedly coordinated transportation for Miles following his escape, and they obtained a warrant for her arrest. She was located and arrested by authorities in Tennessee and transferred to Lafourche Parish Sheriff’s Office custody on October 12, 2022. She was booked into the Correctional Complex on one count of assisting escape. She was subsequently released after posting bail in the amount of $10,000. All others involved remain in custody.

The investigation into Miles’ escape continues, and additional arrests are still possible as investigators are pursuing charges against individuals outside the Correctional Complex.

NOTE: Per Act 494 (effective June 2022), mug shots for Mahoney, Martin and Beltz will not be released.