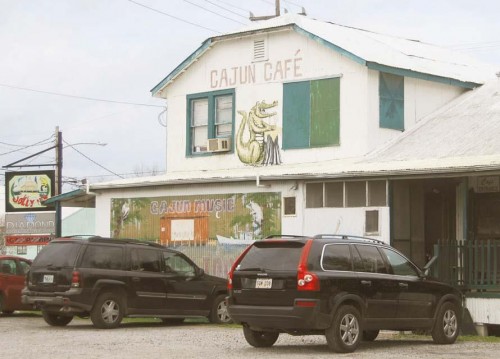 Down Home at the Jolly Inn

Moments after walking into the Jolly Inn, it became obvious what to expect from our trip.

Before the screen door entrance to the mom-and-pop establishment closed, my guest and I had a view straight into the kitchen, over which a lettered menu hangs. A few tables are stationed in the lobby area, with an open path to the cash register where we placed our order with a friendly server.

The menu consisted mostly of sandwiches and platters, typical offerings from a Cajun-styled establishment. There was no dessert listed, but daily lunch specials do come with a sweet side.

I decided on a small, hot sausage po-boy, and my guest ordered a 10-inch fried shrimp sandwich. For a warm-up, we asked for side orders of fried okra and cheese fries.

Once the order was called into the kitchen, we walked through the doorway and entered the Jolly Inn’s dining room, which clearly doubles as a dance floor.

We sat at the end of a set table of tables stacked to resemble a cafeteria. The tables were covered with a green- and white-checkered tablecloth, adding to the homey feel.

During our brief wait, we took a gander at relic pictures telling the history of Houma and its people. Opposite the dining area is a stage where zydeco music is obviously on the menu for other occasions.

Having missed the lunch rush, the sounds we made were the only noise in the room.

On previous trips to the Jolly Inn, however, it proved to be more festive and the restaurant should not be judged on lack of patrons near the end of the lunch hour.

It should also be mentioned that the restaurant, which offers two plate lunches each day, conducts a lot of its business with carry-out customers.

The food was delivered without a delay, as the appetizers were served warm almost instantly with the main dishes quickly offered thereafter.

The fried okra was not anything more or less than fried okra should be. The side order was served with a cup of ranch dipping sauce, which complemented pebble-sized okra well.

The cheese fries left a little to be desired in terms of diverse toppings, but were a solid appetizer that did have good flavor and soft texture.

The sandwiches were served warm and were brought to our table open face, as they should be.

The sausage po-boy was dressed with lettuce, tomato and mayonnaise accompanying two halved links of sausage, which packed a slight kick.

The lightly toasted bread combined with the spicy meat made me thirsty, but it was seasoned just right. The salt and pepper shakers went untouched.

The shrimp po-boy is served in a traditional fashion with fresh shrimp served on white toast with a lemon slice for seasoning. My guest decided against tomatoes on his po-boy, opting instead for it to be dressed with just lettuce and mayo.

The shrimp were fried lightly, but were delicious, having a good flavor. The most important characteristic of any seafood dish to my life-long Cajun guest is whether the dish is served fresh. And to his trained eyes, the shrimp appeared to be Louisiana made and Louisiana fresh.

Two servers rotated with one another and checked in periodically. They were hospitable, but not overbearing, opting to do their job diligently while also giving us freedom to enjoy the food without constant bother.

The friendliness of the servers stuck with us, as when we were leaving and one of the two was cleaning the lobby, she turned 180 degrees around to wish us a good day. It was a simple gesture that isn’t done in enough establishments.

A rarity in buildings nowadays is the hardwood floor. Coming and going, our feet made a patter atop the gloss-free boards.

The boards, like the antique advertisements hanging on the walls, are symbolic of the establishment’s atmosphere, a celebration of past times. 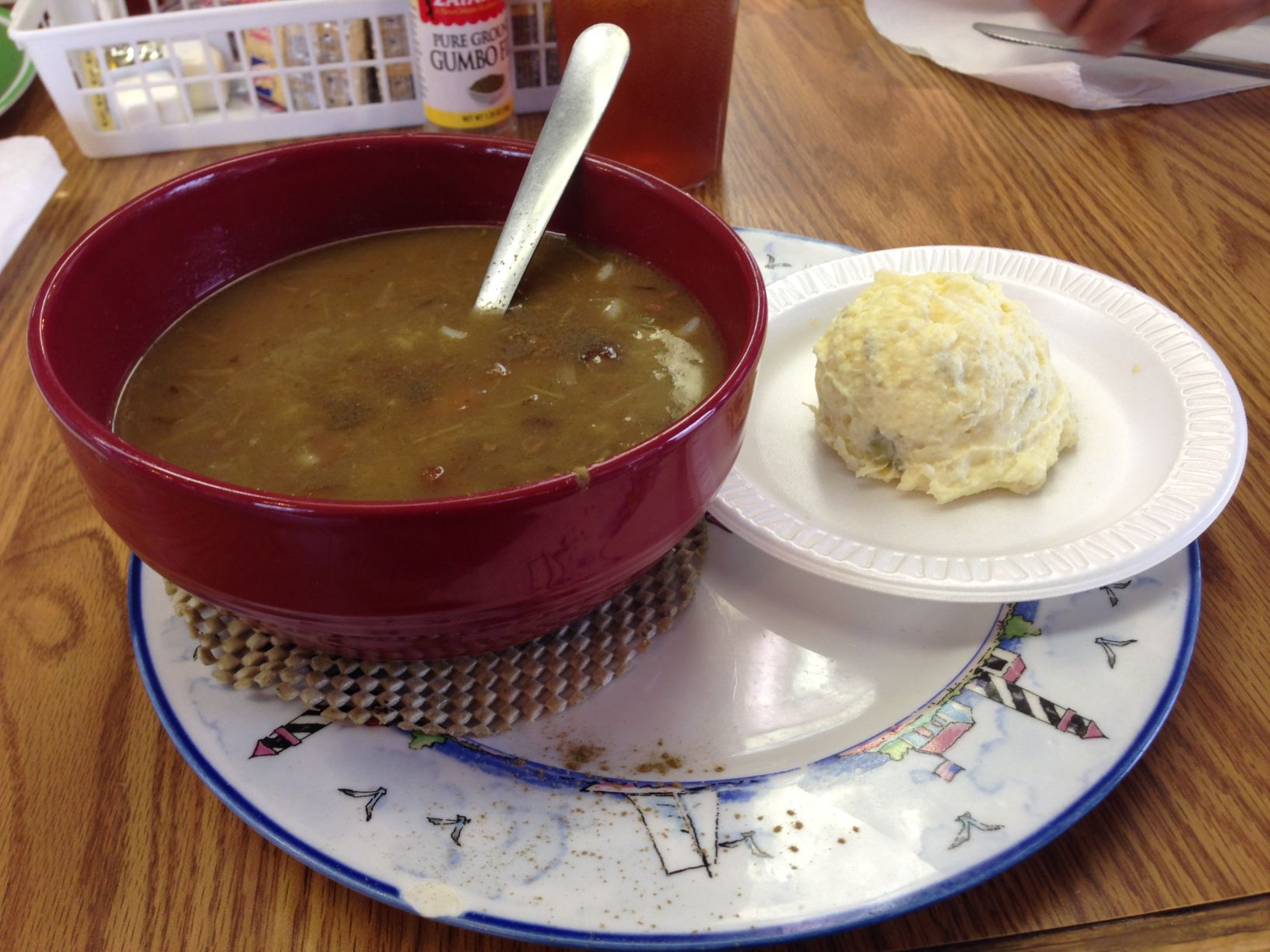 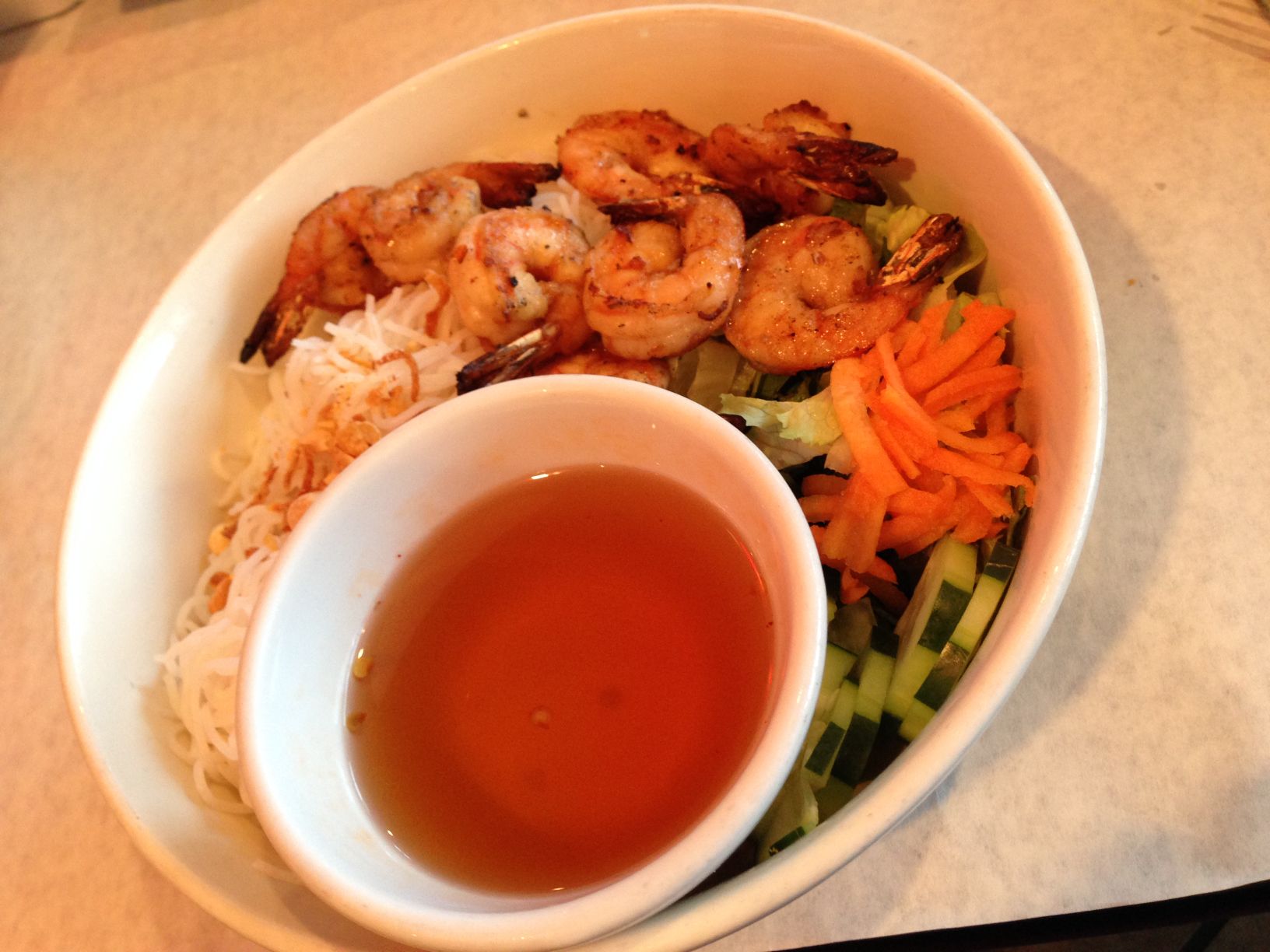