ON THE BALL: McPherson has big plans for Terrebonne hoops 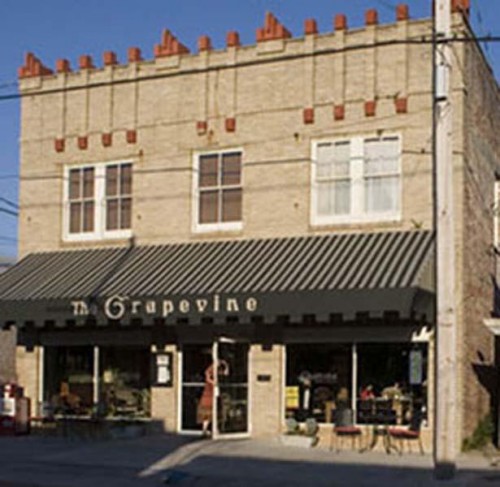 (Betcha’ wonderin’ how I knew!)

If you haven’t seen Disney’s “Ratatouille” yet, too bad – but definitely catch it on DVD.

The riches of the movie are many, but none surpass the withering portrait of the critic (food/restaurant category). The lovely and lethal voice of Peter O’Toole intones his venomous lines in a way that drips with self-referential malice. Telling what happened to him would require a dreaded “spoiler alert,” so I’ll just say that his character probably played a small role in my decision to retire (at least for now) from this gig.

It’s been fun. The job forces you out and brings you to places never tried and never-would-have, but for… But it’s also exhausting. Just how many different ways can you say “delicious” and “succulent” before sounding like a college freshman with a new thesaurus?

Enough about me – “self-referential,” indeed.

“Ratatouille” was also about the joy and love of cooking, and the fearlessness that’s essential to those and other life pursuits. They are traits we all should seek and encourage, traits we found in abundance in the folks and food at Grapevine Café and Gallery.

Cynthia and Steve Schneider started the business in 2001. They renovated an old (1920s) two-story building in downtown Donaldsonville that used to house a restaurant/bar downstairs and a ballroom with private gambling rooms upstairs. (Al Capone was a patron.)

The restaurant sits next door to a smaller building, which houses an art gallery featuring local contemporary artists.

The layout is spacious and airy, with a bar along the left wall. A ripe, sizeable courtyard sits between and behind the two buildings, set up for eating and music. Citrus trees, tropical plants and what looked like herbs give the space a well-tended lushness. It was just too darn hot to try now, of course.

The vibe of the entire place is warmth, done up with brains and heart.

The menu is modestly-sized and isn’t overburdened with innovation or trendiness. The Schneiders seem to be interested more in rendering the classics expertly and improvising subtle variations on them, sort of like the (real) jazz playing in the background.

There are salads and sandwiches (chicken and shrimp, mostly) as well as a couple of pasta dishes.

The wine list is modest in scope, but again compiled with care. Besides the usual cabernets, merlots and chardonnays, there are some Rieslings, shirazes, zinfandels and even some overseas wines.

We had a modestly-priced Chateauneuf-de-Pape that perfectly complemented all the food we ate.

We started with the Firecracker Shrimp and Oysters Grapevine appetizers. The shrimp came grilled with caramelized onions and bell peppers swimming in a sweet and spicy glazed sauce. There were oriental overtones, but the dish is solidly Cajun in its soul. The initial sweetness is quickly followed by a lingering heat that doesn’t go too far. The shrimp were fresh, plump and cooked just right.

The oysters reminded us of Mosca’s, in that they were topped with breadcrumbs, floating in olive oil and embalmed in garlic. But this dish was a little lighter on its feet and had more complexity. It was also dynamite (and delicious and succulent, too).

We ordered the pork medallions and chose the fig glaze (blackberry is also available). The pork loin was more hunky than the slices that “medallions” suggest. And that was fine, because the chunks of pork were cooked so that a little pink (and, therefore, juice and flavor) was present.

It was roughly charred on the outside, which contrasted beautifully with the fig glaze. The glaze tasted like some elegantly simple fig preserves I’ve had the luck to be given or stumble upon over the years. Sides were some pumped-up mashed potatoes and home-cooked green beans. Yes.

The crabmeat-stuffed portabella mushroom with grilled shrimp was a full-scale orchestral work. A lemon butter sauce (light and suave) covered the dish. The crabmeat stuffing was outstanding – meaty, firm and lightly seasoned. When bites were taken with the portabella base, interior euphoric sparks flew. Yes, we have a winner; hold all calls.

Their in-house baked bread was unique. Its texture was French-like, but its aroma reminded us of biscuits or donuts. This provided the base for what could possibly be the best bread pudding ever.

Topped with a white chocolate sauce that’s the consistency of the icing that comes with Pepperidge Farm cinnamon rolls, the dish is hall of fame material. The cheesecake, drizzled with a combination of the heroic white chocolate and pecan praline sauces, was the near-equal of the bread pudding. The cheesecake was moist and firm, the sauces joined to create a sum almost greater than the parts.

About the warmth: Our waitress treated us in a completely professional and competent way, but we also found out how long she’d been here in Louisiana and what she did before waitressing, among other things. (We asked, because we wanted to know.) She was engaging, informative and a sweetheart. The owners happened in from next door, full of paint (the renovating kind, not the artistic). You can’t fake genuine niceness, and they have it in spades.

Time constraints prevented us from going again before deadline. But we’ll be there again, to try other dishes and maybe to take in a band or exhibit, or both.