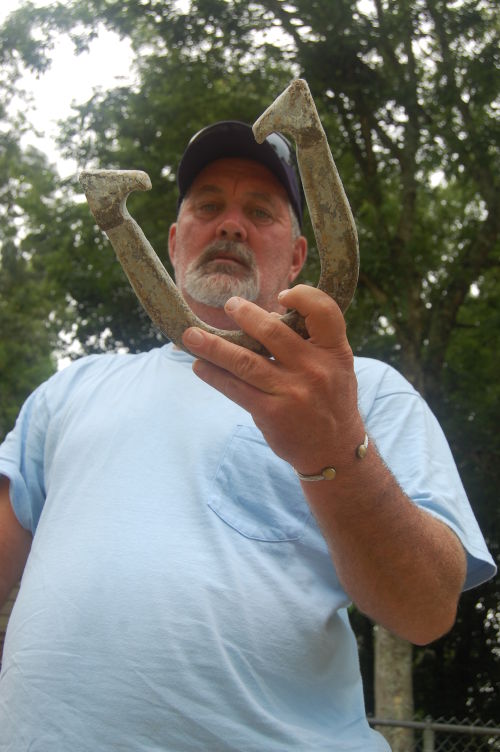 Some of the best horseshoe pitchers in Louisiana are headed to the Tri-parish area this month with hopes of winning the state’s mixed doubles championship.

Pitching will begin at approximately 8 a.m. and the top team (one male and one female) after the day’s pitching will hold the honor of Louisiana’s best for the next 12 months.

That brings up an interesting question – how does one become an official sanctioned member of the National Horseshoe Pitchers Association?

That’s easy – get with Gilmore or any other member of the BHPA and toss a few shoes.

Gilmore says the process of being sanctioned is as easy as paying the $22 annual membership fee.

Once the fee is paid, a new pitcher can finalize his membership by tossing 100 horseshoes to generate a ringer percentage.

That number is used for handicapping purposes in sanctioned matches.

“All of the tournaments we play in except for the state tournaments are all handicapped,” Gilmore says. “You’ll always be playing against somebody who has a higher or lower ringer percentage than you.

“It’s an easy process. A sanctioned player can sanction another player. All you need is for one sanctioned player to be present to count the ringers. … Once it’s paid and you’ve tossed your shoes, you’re eligible to pitch in any sanctioned tournament in the United States.”

Unfortunately for those with ambitions of pitching in the state tournament, a new pitcher must compete in two sanctioned tournaments to be eligible for a statewide event.

“That’s a rule that they have in place,” Gilmore said. “You have to have a couple of tournaments experience to be in a state event.”

If someone signs up to become a sanctioned member and decides that they enjoy the sport, they could also become a member of the BHPA, as well.

Gilmore said there’s a $40 annual fee involved in becoming a member of the local club. With it, a pitcher gains eligibility to the BHPA’s two leagues (spring and summer) and also entry into the city tournament.

“Anyone in our organization is eligible to pitch in the city tournament,” Gilmore said. “We crown a singles and doubles champion every year. … It’s competitive, but fun. We definitely enjoy it.”

Tim Hayles, president of the Bayou Horseshoe Pitchers Association, readies for a throw in this file photo.