Obamacare: Two years too many

Some things in life get better as time goes by. But as we mark the two-year anniversary of Obamacare, we can safely say that President Obama’s health care law is not one of them.

In fact, the ugly truth is that Obamacare has gotten worse and worse with each passing week. You may recall that when the president and his liberal allies in Congress were forcing the bill through over the objections of the American people, they made the odd claim that creating a massive new entitlement would actually save us money.

Well, I and many others at the time said that was ludicrous, and we were right. Once you add in all the implementation costs, which seem to be growing every day, the law will spend $2.6 trillion over the first decade alone – something we certainly can’t afford with a national debt that’s already at $15 trillion and counting.

Obamacare hits families in Louisiana and across the country just as hard. Even though President Obama promised to lower premiums by $2,500 per family, the CBO estimated that their premiums will actually increase by $2,100. Since the president took office, premiums for employer-sponsored coverage have already risen by over $2,200 per family.

I’ve had several town halls and telephone town halls across Louisiana over the last two years, and I’ve yet to hear from a Louisianan whose health insurance has gotten less expensive since Obamacare was signed into law. They tell me exactly the opposite – they’re paying much more.

And that’s not all. During the health care debate, the president would often say, “If you like the coverage you currently have, you can keep it.” But a recent study found that up to 35 million Americans could lose their employer-sponsored health care under Obamacare.

If that happens, it means the administration vastly underestimated the number of Americans it would be subsidizing, which means – you guessed it – that the true cost of Obamacare is even higher.

To make things worse, Louisiana seniors are projected to be the hardest hit Medicare beneficiaries in the country because of the bill’s Medicare Advantage cuts. Our state also stands to be on the hook for an additional $7 billion thanks to the bill’s unfunded Medicaid mandate.

Beyond all the practical reasons that Obamacare is a disaster, there’s a matter of principle. The law further expands an already oversized government, creating over 159 new boards, offices, and panels to concentrate even more control over health care decision-making into Washington bureaucracy. The Obama administration has already cranked out over 12,000 pages of new regulations related to Obamacare. And the individual mandate, which would require every American to purchase health insurance or else pay a fine to the government, is plainly unconstitutional.

That’s why I introduced a bill at the beginning of this Congressional session to fully repeal Obamacare, and it’s why I’m hopeful that as the Supreme Court takes up Obamacare, they will decide once and for all that it violates the Constitution.

Rest assured that this fight is not over, because with each passing day, it’s more and more obvious that Obamacare must be repealed. And rest assured that I’ll continue leading that fight. 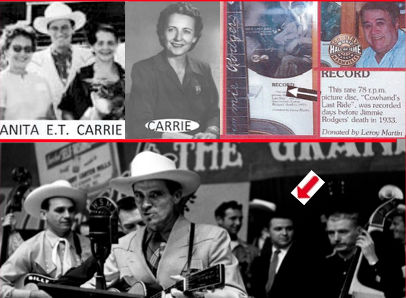