Blend the works of the Bard of Avon, the antics of The Three Stooges and Monty Python and add a shot of Cajun hot sauce and you’ve got the Thibodaux Playhouse’s latest offering: “The Complete Works of William Shakespeare (Abridged).”

The 78 rpm-version of all 37 of Shakespeare’s plays – including “Hamlet” and “Romeo and Juliet” – are compressed into two hours.

“We are going to bring it down to an understandable level. We give a little introduction to it and they are going to make it funny,” Thibodaux Playhouse Artistic Director Doug DeGirolamo vowed. “It is a lot of highflying action. It is a lot of fun.”

Thibodaux Playhouse decided to bring Shakespeare to the area in this zany format rather than the traditional plays to give locals a different take on the Bard, hopefully attracting those who may not have watched otherwise.

“It is sort of hard to understand when you watch (Shakespeare productions) onstage. You can get lost,” the director said. “We want people to know that Shakespeare is not scary. It can be fun and it can be understood. It can be for everybody.

Auditions were held over two nights to find the perfect trio for the production. DeGirolamo admits it was a rigorous tryout because the show calls for players who are equally adept at conveying Shakespeare’s heady messages and the rework’s comedic spin.

“We had them reprint the scripts and see how they understood it,” DeGirolamo said. “We also checked to see if they had a good sense of humor because they have to dress up as women in some of these roles.”

The cast is Blake Petit as Adam Long, Seth Pontiff as Daniel Singer and Chance Simoncelli as Jess Winfield.

The three have different styles and backgrounds, making them a formidable trio, according to DeGirolamo.

“We are getting someone with knowledge, someone who is super funny and someone to balance the other two out,” he said.

Petit is an English teacher and possesses the knowledge of Shakespeare’s work.

“He has an understanding of it because he teaches it, so he is familiar with it,” DeGirolamo said.

Pontiff, a familiar face on stages across the bayou region, attacks the audience’s funny bone.

“[Pontiff] is a very good comedic actor,” DeGirolamo said. “He can make anything funny.”

The director said Simoncelli is a good balance between the two.

“[Simoncelli] can go along with it and he also understands a good bit of Shakespeare so we feel like we get a good mix from him.”

“The Complete Works of William Shakespeare (Abridged)” runs at 7:30 p.m. Jan. 16-17 and 23-24 with a 2 p.m. matinee Jan. 25. Shows are performed at the Jean Lafitte National Historical Park and Preserve Wetlands Acadian Cultural Center, 314 St. Mary St. in Thibodaux. Tickets are $15 for adults, $10 for students and children.

For more information, contact Thibodaux Playhouse at thibodauxplayhouse.com or 985-446-1896. 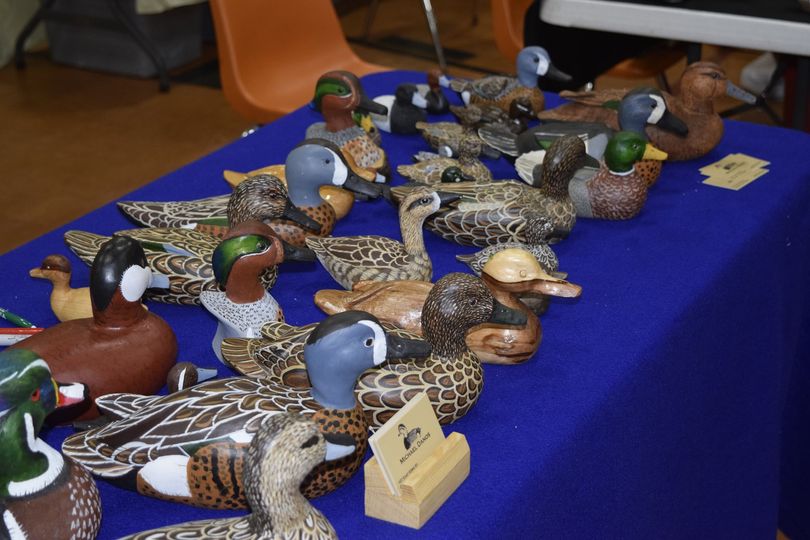