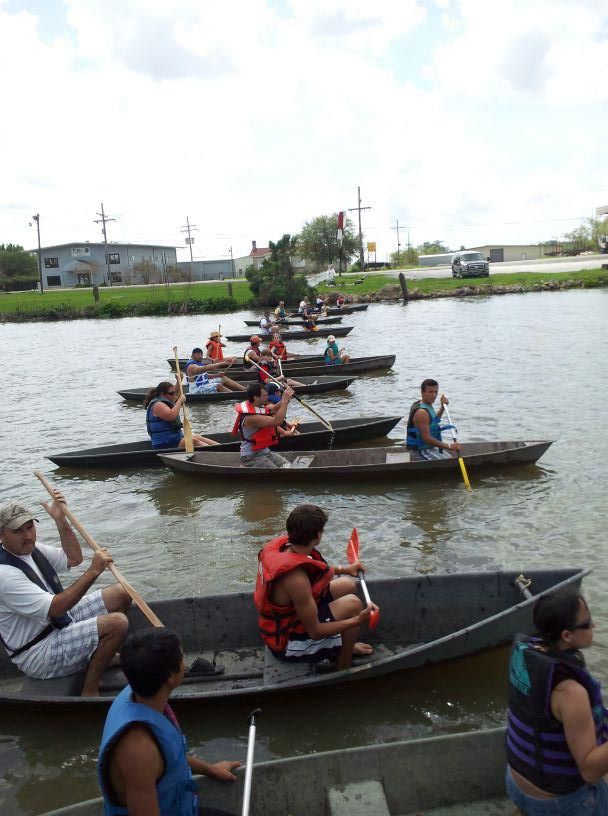 If you like carnival rides, crafts, Cajun food and live music, then you need to be at the Bayou Cajun Fest at the Larose Regional Park & Civic Center over Mother’s Day weekend.

The three-day festival, hosted by the Bayou Civic Club May 9-10, features live music nightly and a special Sunday brunch on Mother’s Day by Chef Randy Cheramie, of the former community favorite restaurant, Randolph’s in Golden Meadow.

The festival also features many traditional Cajun activities – pirogue racing and a potato sack race, wood carvers and, of course, a seafood boil off.

“Just some fun, Cajuny things,” said Jasmine Ayo, executive director of the Bayou Civic Club. “Just some fun things, some historical stuff that may be going away that we want our children growing up knowing about.”

On Sunday, treat mom to her favorites from Randolph’s Restaurant: fried chicken, gumbo, potato salad, dessert and mimosas. Chef Cheramie, who operated the famed family restaurant until 2001 when he took a job as executive director and instructor at the Chef John Folse Culinary Institute at Nicholls State University, is the chef du jour.

“I’m looking so forward to just seeing maybe some old customers,” Cheramie said. He said the brunch will be similar to brunches Randolph’s Restaurant used to offer, which would draw nearly 300 people every Sunday before it closed.

For the adults, La Casa is mixing up margaritas and offering a cash bar. There’s also a number of food vendors offering a smorgasbord of Cajun cuisine.

On Saturday morning, philanthropic runners will take to the street to benefit the Autism Society during the Bayou Voice for Autism’s 5K Run/Walk. A post-race party will follow.

The pirogue race has three divisions: junior, senior and family.

“That’s always fun. You know, you can go bayou-side and kind of watch and see where they have their competition,” Ayo said. “A majority of people normally fall in and then have to be scooped up!”

Of course, no Cajun party would be complete without music, and the Bayou Cajun Fest will have plenty of that. •