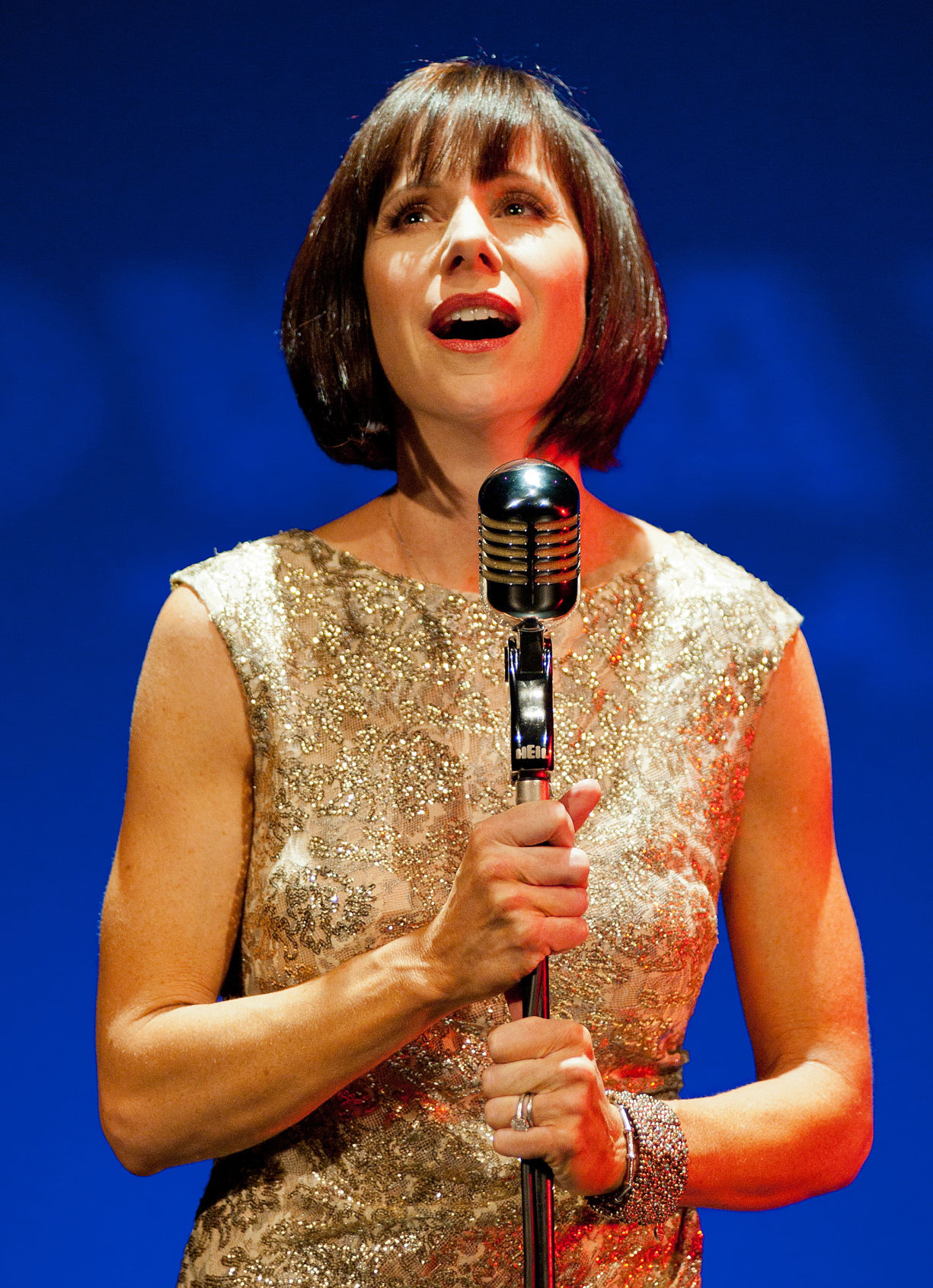 Susan Egan has earned her theater chops, starring as the original Belle in Disney’s “Beauty and the Beast” on Broadway, playing alongside Carol Burnett in Stephen Sondheim’s “Putting it Together” and joining Tommy Tune in the national tour of “Bye, Bye Birdie.”

She’s also landed her share of film roles. She was the wife of lead character Jennifer’s fling in “13 Going on 30.” And, in animation, she’s the voice of Meg in “Hercules.”

And her resume includes more than 300 appearances coast-to-coast singing with some of the finest symphonies worldwide and at some of the most storied venues. She has more than 40 recording credits, ranging from Broadway cast albums to film soundtracks to six solo CDs.

Egan’s voice is even attached to Disney Princess CDs and toys. After all, she’s Belle.

But despite all the acclaim, her daughters Nina, 8, and Isla, 5, are nonplussed.

“I am a Disney princess, which is cool, but they grew up with it,” Egan said. “They’re very much not impressed. Something about parenthood; sometimes it is such an ego check.”

Critics, however, are impressed with her one-woman show, “The Belle of Broadway,” which runs March 24 at the Schreier Theatre of the Morgan City Municipal Auditorium.

“Broadway singing star is a high-voltage performer who dominates a stage with a galvanizing presence,” the Los Angeles Times raved. “[Listening to her] is like an all night conversation with your best friend.”

“I love doing these concerts,” the Los Angeles-based actress/singer told Gumbo in a phone interview. It was the day after the Oscars and she was navigating the city’s streets, trying her best to avoid the day-after traffic.

“I really like that the audience gets to hear what it’s like behind the songs and the characters,” the former New York City resident explained. “There are elements of glamur that go along with being on stage, but there are a lot of things that go wrong on Broadway.

“This show takes the filter off and allows me to share with the audience the ridiculous things that happen,” Egan said.

A great example: Following an argument at the end of the first act, Beast grabs Belle’s sleeve. The tear-away fabric is supposed to give.

“But Beast has these big rubber gloves for hands. He grabs my sleeve and the ponytail from my wig in his grip. The entire wig comes off and there I stand, a bald ingénue,” she said.

Egan has plenty of stories. After all, she performed eight shows weekly for more than 18 years on Broadway.

“I feel like I snuck in a good career in the nick of time,” she said. “Right now, I love not being there. I would miss being home for my girls’ bedtime every night.”

Instead, Egan travels the country performing her one-woman show about 50 times a year. The program lineup includes a mix of favorite tunes and songs she’s performed on Broadway. Hits such as “Defying Gravity,” “I Dreamed a Dream,” a tribute to Judy Garland and, of course, a Broadway medley.

“The show is very fun, personal and personable,” Egan said. “It’s not just a string of songs; there are stories and insider tales about moments I’ve had over the years. It should be fun for everyone.”

Susan Egan, the Broadway’s original Belle in “Beauty and the Beast,” brings her one-woman show to the Schreier Theater in Morgan City March 24.