‘Billy the Kid’ makes his return

MCPBA races on the Atchafalaya 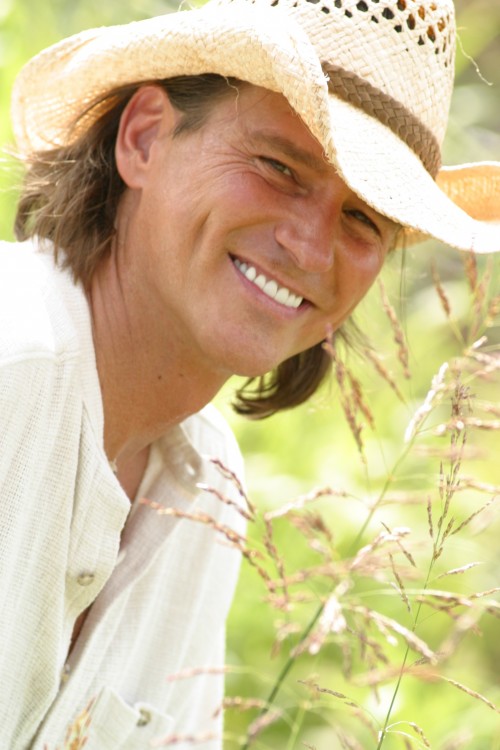 “The music business scares the hell out of me,” late country music icon Jimmy Dean once told singer Billy Dean [unrelated, although the pair would become good friends].

That sage advice would make a lasting impression on the then up-and-coming artist.

Sausage king Jimmy Dean made his mark singing, acting and with a variety of breakfast products. The younger Dean has made his with 12 albums and 11 Top 10 singles, in made-for-TV movies – including “Decisions,” which airs on GMC Oct. 16, and through his latest venture, Dean Acres.

The voice behind “Somewhere in My Broken Heart,” “If There Hadn’t Been You,” “Only Here for a Little While” and “Billy the Kid,” Billy Dean returns to Louisiana this month with an Oct. 15 appearance at the Schreier Theatre of the Morgan City Municipal Auditorium.

On the heels of an eight-year hiatus from touring, the Florida-born singer said he’s excited about hitting the road and getting up close and personal with his fans.

“My hiatus came between being a dad and juggling a music career that took me out of the home,” Dean said during a telephone interview with Gumbo. “I had to downsize and downscale and focus on being a parent.”

Reconnecting with his children, Eli, 18, and Hannah, 16, and wife Stephanie would inspire Dean’s 2004 release, “Let Them Be Little.”

The singer has said in interviews that the “little people” in his life keep him sane and make him a better man.

“I live a real person’s life,” Dean told one reporter. “My career is not my life, and that scares a lot of people who think that means that you’re not going to give it your best.

“Well, my message is, ‘Man, let me have a life, and I’ll give you the best stuff you could ever possibly listen to.’”

The “best stuff” includes a sacred album, “Christ (A Song for Joseph),” which followed “Let Them Be Little” in 2005, and, most recently, “The Seed,” which is available digitally on iTunes.

Like a number of earlier country artists, Dean’s airplay is usually limited to the Internet these days. “It requires our fans to be social media savvy,” he said. “That’s how you receive new music these days for the most part.”

The format, however, is bound only by imagination. Dean said he is embracing the digital world and continuing to explore possibilities.

“There are a lot of opportunities to reach a broad audience online,” he said. “These days, you can even broadcast live shows, which is something that I’m hoping to move into as well. What I’m finding is the Internet is a more malleable marketing tool. That’s important as you diversify into other products and businesses under your brand.”

Branching out for Dean has included TV time – he’s got a number of appearances to his credit, including roles in “Blue Valley Songbird” with Dolly Parton and “A Face to Kill For” with Crystal Bernard. His role as the firefighter husband of four-time Dove award winner Natalie Grant in GMC’s “Decisions” rekindled his love for moviemaking.

“It’s a smaller role because of my schedule,” Dean said of the role. His character is killed in a car accident after falling asleep at the wheel, leaving  Grant to raise the couple’s teenage son alone.

“It’s a great story about parenting and faith, about when you reach the age of being a teenager,” Dean told Country Weekly. “Ultimately, you have all the basics your parents have given you, and at some point you have to start making decisions in your life.

“It’s about that transitional period from when your parents make you do things and punish you when you don’t, to taking ownership and responsibility for your own life and making the smart decisions based on your upbringing.”

Dean has another project in development, “Real Things with Billy Dean.”

The singer said the show would explore the people’s lives that impact great songs.

“I’d travel to real places and talk to real people experiencing real things,” he said of the project. “Honestly, I find an amazing amount of songs that deserve a little bit more of a long-form presentation.”

The show, he explained, would provide the forum to go more in depth with people whose life experiences parallel music. And it provides yet another way for Dean to diversify while still reaching people.

Reaching out to people is evident even at home for the singer/songwriter/actor/businessman.

His Tennessee home, Dean Acres, is a bed and breakfast, providing families a getaway experience complete with kayaking, fly-fishing, camping and adventure.

In 2012, Dean said the farm will begin hosting concerts. He currently offers guests to the B&B mini, unplugged shows.

Plans are also in the works to develop a spice blend and other food products under the Dean Acres brand.

In the meantime, Dean’s focus is on reconnecting with fans – new and old.

His earliest days were spent touring Texas and Louisiana, so the Morgan City performance represents a bit of a homecoming tour.

“Some of the most memorable moments for me as an artist came in Louisiana,” he said. “And some of the most energetic and supportive crowds are there.

“I hope to reconnect with a lot of fans we’ve made over the years, come sign autographs and get a chance to shake hands with folks who’ve hung with me.”