‘Boom A Ring’ promises fun for all 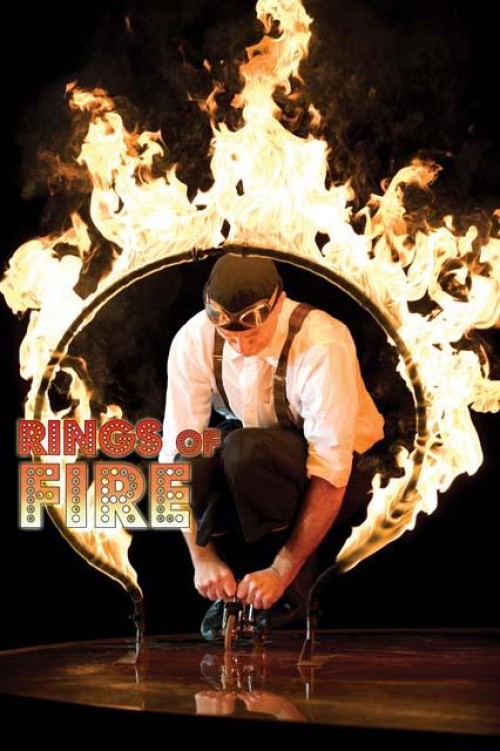 Trying to raise a family can sometimes feel like a circus – a lot of juggling, balancing acts and taming wild anim …, er, kids.

But how about raising a family while in the circus?

“It’s an adventure,” said high-wire performer Jasmin Castro, who along with her husband, Javier, travel almost year-round while raising their 4-year-old daughter Jayleen.

“Every weekend is a different home,” she added. “It’s fun. It’s a different kind of life. It’s the only life I have ever known.”

The Castros are one of several high-energy acts performing in the Ringling Bros. and Barnum & Bailey show, Boom A Ring, which returns to the Houma-Terrebonne Civic Center Nov 28-30.

There are about 12 to 15 children of Boom A Ring performers and staff that travel with the show. Most are in the 3-to 5-year-old age range. The parents said it is great to always be near their offspring.

“We enjoy doing it especially because we spend a lot of time together as a family,” said Claire Redding, Boom A Ring tour coordinator, who along with husband Robbie have their two sons, Caton, 4, and Ashton, 15 months, with them.

“It’s reassuring for us to know our kids are OK,” she said. “We can check on them, especially when they are sick. They’re only two or three dressing rooms away from us.”

There is a nursery and certified teacher that travels with the show. The older kids spend four hours a day in class, while preschoolers spend 30 minutes with the teacher on performance days.

Performers and crew journey from city to city in RVs, trailers and motor homes. They usually set up in a city for a week and open the show on a Wednesday or Thursday.

“Monday thru Wednesday we can explore the city,” Redding said. “We do whatever we need to do like normal people – go to the local grocery store, shop, order take out.”

The Redding family live full-time in their 40-foot motor home since they travel on average between 43 and 45 weeks in a year.

“Caton calls it our home on the wheels,” Redding said. “It’s fun to see different places, but sometimes when we do a long trip, the kids can get bored.”

Castro is a third generation circus performer. Her grandparents did a high-wire act and owned a circus in their native Colombia before coming to the United States 30 years ago.

Her parents were high-wire artists who also had a flying acrobatic act, but abandoned it to concentrate on high wire.

“Since they came here, all we’ve done is travel,” Castro said. “We’ve lived in Florida, California, Pennsylvania. The last 20 years, we’ve lived in Texas. Home is Texas, but we’re never really there.”

Before joining Ringling Bros. five years ago, the Castros and Jasmin’s brother, Didier Giraldo, performed other circus feats in small festivals, state fairs and even a NASCAR event at Daytona International Speedway.

Jasmin and Giraldo performed on the motorcycles in a cage and the Wheel of Steel stunts, and all three did a high-wire act.

Today, the Castros are two-thirds of Boom A Ring high-wire act Los Scolas, along with their partner William Cruzado.

The Reddings have been married for nine years and with Ringling Bros. for 8? years. Robbie is the band conductor and plays saxophone in the show.

“It’s just like a big family here. Everybody helps out, especially the moms,” she said. “If I’m busy in the office and it’s time to pick up the kids, whoever is available will pick them up.”

With the children growing up inside a circus and their innate knack for imitation, are the Boom A Ring performers preparing the next generation of circus acts?

“All the kids see the performers, so naturally they would tumble and do cartwheels,” Claire Redding said. “I don’t know if Caton wants to be a performer. He does like to sing a lot. He gets that from his dad. He’s probably going to be involved in some type of music or entertainment.”

“Jayleen is like a little monkey child. She’s on everything,” Jasmin Castro said. “She wants to climb on the ladder. She wants to balance. She loves it. I think she’s going to like it a lot.”

Boom A Ring invites everyone to be there one hour before the show for the All-Access Pre-Show.

Guests can come onto the floor and meet the performers. They can also learn how all the acts are done, try on wardrobe from previous shows, get autographs, try out the practice trapeze, hula hoop, and jump rope.

Unlike the traditional three-ring circus, Boom A Ring is a one-ring show, which will give the audience a more intimate interaction with the performers.

“Our show is more up close and personal,” Claire Redding said. “We have seats set up on the floor so they can smell the elephants as they come out and hear the tigers roar.”

Tickets are $14 and $18 with a limited number of VIP and VIP floor seats available. All seats are reserved and available at www.ringling.com, Ticketmaster (504-522-5555), or the Houma-Terrebonne Civic Center box office.