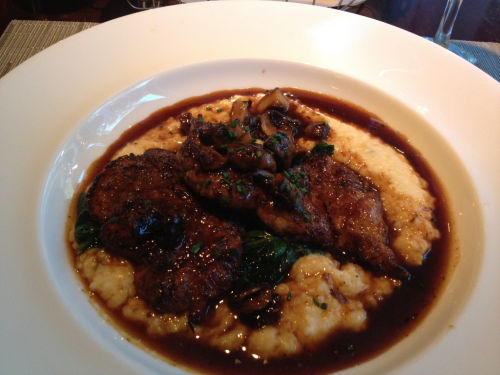 Where there is an art to discovering and appreciating good food, as is in south Louisiana, any professional feeder worth his or her salt must jockey for a share of the market.

Area chefs have the opportunity to impress palates as two Lafourche Parish cook-offs crown their respective champions, based on attendees’ votes, on Nov. 2. Each event is raising funds for a specific purpose, but the real stakes are the bragging rights hanging in the balance.

“It is a rivalry,” among the amateur cooks, said Margie Black, organizer of Lockport’s inaugural Savor the Flavor, which awards a trophy to the top chef as determined by attendees. “They really do (take it seriously), because a lot of them know each other.”

Lindel Toups, a Lafourche Parish councilman, is among eight-to-10 competitors scheduled to cook at Savor the Flavor. Toups’ contribution is a seafood gumbo, with “seven to eight” pounds of shrimp, plus crabmeat. Toups also plans to mix in sausage to “give it some taste.”

“It’s not a recipe,” he said. “I just put in anything I want to. I judge it by cooking it to taste.”

Although Toups likes his gumbo spicy, he tones down the heat when preparing dishes for large crowds, which he frequently does at area fairs and benefits, he said.

Eric Bollinger, who is preparing a dish of grillades and grits, expressed little doubt that he’d beat the councilman. He was mulling over what flavoring to add to his grits and declined to disclose the marinade for his pork, citing competition.

“We all cook at the fairs,” said Bollinger, who is aided by his brother-in-law, Pete LeBoeuf. “It’s always a good time.”

Bollinger owned a catering company before moving on to other business in the late ‘90s. His wife is a board member for the Bayou Lafourche Folklife and Heritage Museum, to which the proceeds are dedicated. The idea behind Savor the Flavor was based on a similar event held each year at St. Genevieve Church in Thibodaux.

“They had such a good community outpouring, that we decided to do it,” said Black, also a museum board member.

The St. Genevieve event is scheduled on the same night. A fundraiser for and organized by the St. Genevieve Knights of Columbus, the event aims to present 12 teams or individuals who will cook their best dish. Justin Rodrigue performs live music, and silent and live auctions are held.

A dish of grillades and grits is pictured. One participating chef in the inaugural Savor the Flavor – one of two cook-offs in Lafourche Parish Nov. 2 – plans to present a similar dish.