Dave’s Picks: Artists and Their Crafts 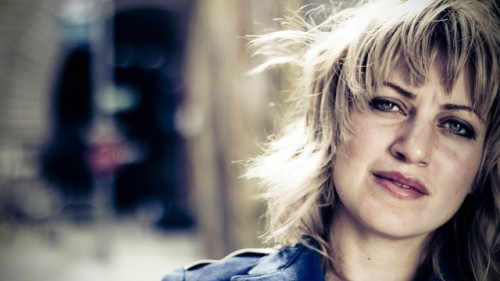 It’s a very true cliché that lots of musicians are attracted to their calling in answer to their primal urges. But besides the first biological imperative that comes to mind, there are other urges not so universally shared but nonetheless no less compelling: the need to communicate, to tell stories, to make art.

And thank God it’s not required to be an artist in order to appreciate their creations.

These musicians have suffered for their art; now it’s your turn. (A tip of the hat to Marshall Crenshaw for that line.)

ANAIS MITCHELL is an artist. She started precociously, writing songs as a teenager. She traveled to far-flung lands (South America, Europe, the Middle East) to study politics before moving back to the states and taking up music in Austin. She came under Ani DiFranco’s tutelage after a couple of self-released albums. Her Hadestown, released in 2010, was widely praised but seldom heard. It was a tour de force of ambition, a modern-day reworking of the Greek myth of Orpheus and Eurydice. It was cast as a folk opera, with Justin Vernon (Bon Iver), Greg Brown, Ms. DiFranco and others guest-starring in roles written with them in mind. It delivered an intellectual wallop, but its music was just as engaging.

After that edifice, what could Mitchell do to follow? YOUNG MAN IN AMERICA is the answer, and its more modest scope does not mean a lesser achievement. The music’s thoughtful arrangements feature variety, fitting loosely in a chamber-pop-folk mode. Colors come to mind, primary and background. Guitars are prominent, accented with strings, accordions and the occasional horn; percussion is implied more than featured. Monotony is never even a thought.

Her voice is the instrument that compels attention. While it’s girlish and a little pixyish, it doesn’t cloy or annoy. In very short order it becomes downright essential to her mission.

That mission is to create songs as stories. Some have narrative flow, but others are sketches with telling details. Her father was a writer and that’s his face on the cover. She’s got her dad’s literary bent and even uses one of his works as a starting point – “Shepherd,” a devastating tale of a farmer, his pregnant wife and bad storm. She has recurring themes, but takes care to feature distinctive portraits peculiar to each song.

Hence, she gives us hard times, economic and personal – the title cut, “Wilderland,” “Dyin’ Day.” The protagonist of the title song brays, “My mother gave a mighty shout / Opened her legs and let me out / Hungry as a prairie dog,” but he’s got a tragic ending in store, that boy does. She also leavens the program with grace amid the bleakness – “You Are Forgiven” and “Ships.”

She’s no melodramatist, though. She sings of matters grave and serious, but she’s got the light touch of a real storyteller.

ANDREW BIRD is poised to break out of his niche, but probably only to a slightly larger niche. He seems the kind of guy who got roughed up a bit in school. But he’s standing, or slouching, tall now.

Violinist, singer-songwriter and whistler, Bird’s got an impressive discography. He’s seemed overly brainy before, flexing his vocabulary muscle in ways that some found off-putting. His arrangements have been on the fussy side, too. Lord knows, though, there’s plenty of room on that side of the musical spectrum.

His new one, BREAK IT YOURSELF, takes a more direct approach. He and his band got together in his barn (a long-delayed recording studio) to rehearse a new album’s worth of songs. The practice turned into the finished product. It’s got a more immediate and warm feel about it, and knowing about the barn venue helps one to hear the wooden rafters and smell the hay. The songs are less precious, too. Direct where he was more obtuse, Bird tells his tales of woe, joy and journey with a remarkable clarity. Not that he’s dumbed it down. That Orpheus myth gets another spin in “Orpheo Looks Back,” “Near Death Experience Experience” has a charming line about “dancing like we’re cancer survivors, like we’re grateful simply to be alive,” “Sifters” tells us that “sound is a wave, a wave on the ocean/the moon plays the ocean like a violin” and “Lusitania” finds common metaphorical ground between the catalyst for WWI and a love affair.

Most of the songs sport pop melodies that burrow in. “Danse Caribe,” “Give It Away” and “Eyeoneye” are positively radio-ready. There are enough detours, layers and filigrees for Bird fans, however, and thus this might be the record to grow his fan base. He might not be so keen on that, though.

SHARON VON ETTEN’s story is sobering: She was involved with an abusive partner who used to break her instruments and tell her she had no talent. Okay, he was a prick. That pain suffuses her third record, TRAMP. It’s not all heartache and misery, but it’s pretty damn close.

Her voice is intimate. It sounds like she’s hardly moving her mouth at times, but she’s capable of power to underline her points. Her melodies are emotionally naked as her messages.

She’s got a boatload of friends in the indie rock community, too, and a lot of them – Beirut, Wye Oak and The National – are on hand. Big band support is the norm, and they brace her and her songs like an extended family.

If you’ve ever acted less than honorably in a relationship (right, sure you haven’t) there are moments aplenty here to induce guilt memories. If you’ve ever been treated that way, likewise. “Serpents” (which are in her head) and “In Line” are guaranteed to induce the vertigo of depression. Get out while you still can.

Or, take heart in the double-barreled optimism of “We Are Fine” and “Magic Chords” and know that there’s always a chance for redemption.

– Dave Norman is a local attorney who has written or participated in various critiquing endeavors in the past (movies, restaurants) but who believes now has found his real niche as a music critic. In his opinion.

Anais Mitchell’s website says she came of age reading from Anais Nin’s diaries and listening to Ani DiFranco records. “She’s a woman, quick to laugh and to cry, a fan of Jane Austen and miniskirts,” her bio reads. Mitchell’s voice is “downright essential to her mission,” critic Dave Norman says of her latest album, “Young Man in America,” a collection of songs with a narrative flow.