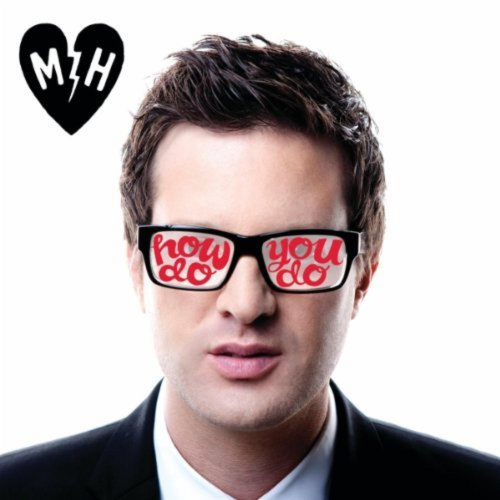 Fall means new rollouts for most pop culture, and the rush of music continues despite industry woes. Picks of the litter follow.

MAYER HAWTHORNE, born Andrew Cohen 31 years ago in Ann Arbor, Mich., had a previous career as a producer and hip-hop band member. He’s got a major jones for old-school R&B, both the black and blue-eyed varieties. His first effort, “A Strange Arrangement,” was interesting but a bit studied and monochromatic with an all-falsetto program. But with his new one, “HOW DO YOU DO,” Hawthorne hits the sweet spot with the force and regularity of the 2011 Novak Djokovic. He’s no slave to the past-more its seducer. Melody and heart are center stage.

“Get To Know You” is a brave opener, with its Smoove B come-on, Delfonics sway and string lushness. “A Long Time” is a stunning love letter to nearby Detroit, a heart-tugging inspirational pep talk that celebrates past glories. “Can’t Stop” features swooping, aggressive orchestration and the album’s only guest spot: Snoop Dogg singing not rapping a couple of verses (with only PG-13 naughtiness). “Dreaming” is pure pop, more Beatles than Motown.

“The Walk” is the centerpiece and an unholy earworm of a tune. Irresistible press rolls usher in Mayer’s oh-so-reluctant kiss-off to his lover. Horns and blasts of harmonizing backing vocals lend the perfect accents to the singer’s warm tenor; best song of the month, maybe year. After that Mayer kicks it into higher gears with “Finally Falling” (bouncy euphoria), “Hooked” (revved-up Four Tops), “Stick Around” (Young Rascals/Smoky Robinson), “The News” (1:38 worth of offhand rejection) and “You Called Me” (celebrating a lover’s support). He takes us out with the protective “You’re Not Ready” (for his love), a sweet and noble stance that the song itself belies. “No Strings” returns the love man persona of the opener, doing his best Darryl Hall.

If Hawthorne continues to grow in this same progression, there are no limits.

Few singers could be farther from the razor-sharp lady-killing player than TOM WAITS. But his wrecked beautiful minstrel act can cut just as deep. Around for his sixth decade of serenading and howling, Waits could coast on his iconic status. But he’s got more juice left.

It’s been a while since his last effort, but “BAD AS ME” sounds nothing like an artist who’s been wasting time. His wife co-produced the record and reportedly wielded a mighty editing axe. The batch of 13 (16 if you spring for the deluxe version) pithy songs are the happy result. He’s got David Hidalgo (Los Lobos), Keith Richards and Marc Ribot on guitars, ethereal pianos wafting in from other rooms, Charlie Musselwhite on harmonica, Flea on bass, ramshackle drums (cardboard boxes? trashcans?) and honking, bleating horns – in short, primo Waits. Except, as stated above: Waits without meandering excess.

The rockers are roof-raisers and window-rattlers. The title cut in particular evokes the past and sounds like tomorrow. “Hell Broke Luce” takes anti-war sentiment to the gates of hell. The slower tunes range from the maudlin (“Last Leaf”) to the heart-stabbing beautiful (“Face to the Highway,” “Back In The Crowd”). His Beat poet’s heart still pumps with fine-tuned diesel horsepower and his images have never been sharper. His lyrics are jewels that reveal new facets upon each listen.

Waits’ Indian summer may not last long, but who knows? Better take no chances and jump on this.

You may have noticed the new folk movement and its fascination with nature, harmonies and aural patchouli. Well, Fleet Foxes and Bon Iver clearly have their fans, but so far their charms have been lost on me. Not so with MEGAFAUN, the North Carolina-based band Mr. Iver dropped like a cheap suit, leaving them unburdened with his particular brand of twee and preciousness.

Their third self-titled disc is not as spacy as their previous efforts, but plenty of flourishes remain to keep this from the mundane. What counts, what always does, are the songs. And these are sturdy and mostly gorgeous. With the exception of the post-bop “Isadora” (holiday avant jazz?!) and the gnarly curlicues in “These Words” (which is still a good song beneath the weird) and a couple of other nuggets of strangeness, the album gently rocks along with strummed and slide guitars, cellos, supportive but insistent percussion and ear-caressing harmonies.

The front half is loaded with mostly upbeat songs while the second part gets meditative (“Kill the Horns” and “Scorned” are pretty morose). After the interlude of “Serene Return,” the album finishes strong with the grace-filled “You Are the Light,” “State/Meant” and “Everything.”

I can’t recommend this more highly than to say I’ve listened to it almost as much as Hawthorne this month. There are plenty of other good new releases out there (Wild Flag, Stephen Malkmus, Wilco, Feist, etc.) so keep on searching.