Terrebonne’s people, places featured in “Beasts of the Southern Wild” 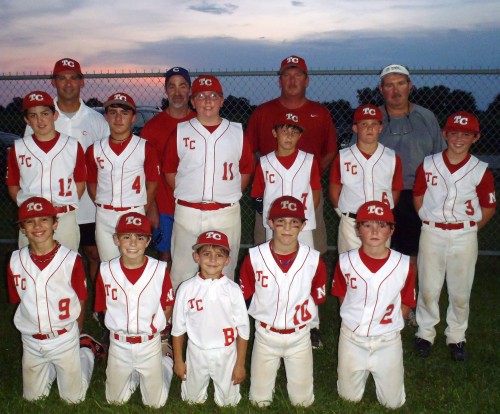 The Thibodaux Cubs are going to the World Series.

After winning seven straight games and topping 33 teams at the state championship tournament in Sulphur, the Cubs travel to Gulf Shores, Ala., for the USSSA World Series from June 27 to July 1 to compete for the 11-and-younger championship.

Bernie Clement, the team’s head coach, says the tournament is open invitation to all teams that participate in state championship tournaments. He says 33 teams are signed up for the five-day tournament.

The team is pictured above.

The Gumbo Entertainment Guide follows the Cubs’ progress throughout the tournament. For updates, check out Twitter@GumboGuide and www.Facebook.com/GumboEntertainmentGuide.

The Essence Music Festival, one of the largest gatherings of black artists in the country, returns to New Orleans for the 17th time this month.

Some of the brightest names in the entertainment industry set up shop in New Orleans after the Fourth of July for the annual festival. As always, the event is staged in the Mercedes Benz Superdome.

Aretha Franklin, the 70-year-old “Queen of Soul,” makes her third Essence appearance. Franklin performed in 1995, the festivals’ inaugural year, and in 2005. She headlines the main stage on Sunday.

Mary J. Blige is the headline act on Saturday and Charlie Wilson on Friday.

Related events, such as the Essence Empowerment Experience and Festival Block Party, are held elsewhere in the city and are free to the public.

Running of the bulls in New Orleans is guided by five simple rules, but, most importantly, children younger than 10 are required to stay on the sidewalk.

In actuality, horn-wearing, bat-wielding roller girls from throughout the region replace the bulls. Houma’s club, the Cajun Rollergirls, is among the bull imitators.

The inaugural run was on July 7, 2007. Last, organizers said more than 10,000 runners and 350 RollerBulls participated in the event.

Other events include a wine dinner and brunch. For more information, visit www.nolabulls.com.

More than 40 vendors set up booths, which include sand art and airbrush tattoos, as well as safety and health information. Louisiana Universities Marine Consortium sets up a touch tank for children to learn about creatures of south Louisiana waters.

Amanda Shaw, the 19-year-old fiddler hailing from New Orleans, performs from 12:15 to 1 p.m. The South Terrebonne High School Drama Club and Cameron Richard are among other entertainers.

A video arcade bus is situated in the meeting-room wing. It features several 50-inch LCD televisions and the latest Wii and Xbox video games.

The Thibodaux Cubs travel to Gulf Shores, Ala., to participate in the USSSA U-11 World Series after outlasting 33 teams last month at the state tournament in Sulphur.