BREAKING: Coach, girlfriend, 3 others given criminal summons after Destrehan forfeitures

‘Ghost the Musical’ blowing into Saenger 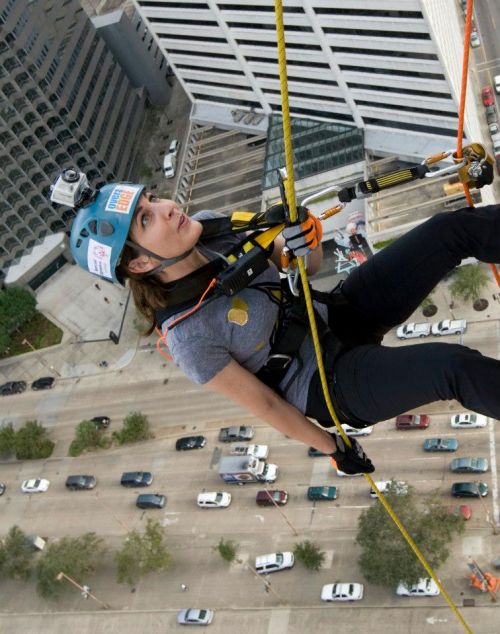 Selected regional events for November are listed below.

Go ‘Over the Edge’ for Special Olympics

Up to 76 participants can rappel 25 stories down the Benson Tower in New Orleans, plus partake in other extreme events, as part of a Special Olympics of Louisiana fundraiser.

Sold as a fix for both adrenaline junkies or and those who seek to overcome fears, “NOLA Over the Edge: SWAT Edition” provides support from a professional climbing instructor. No experience is required.

In addition to scaling the Benson Tower, participants get to ride in a helicopter and undergo SWAT training at the Jefferson Parish Sheriff’s Training Facility.

NOLA Over the Edge is scheduled for Nov. 8. In order to participate, attendees must raise at least $1,000 through donations. Registrants can create a fundraising page through Special Olympics of Louisiana.

Participants receive a SWAT jacket and event T-shirt. Those who raise $1,500 also receive a commemorative photo, with a CD of event photos and a GoPro video of the rappel included at higher fundraising levels.

In 1971, the Point Coupee Parish town McCrea was set to welcome Pink Floyd, The Beach Boys, Neil Young, B.B. King and at least 60,000 rock fans from across the nation for what was meant to be an eight-day music festival in the ilk of Woodstock.

McCrea wasn’t quite ready for the influx. Its population doubled within hours. There were food and water shortages, and two people drowned in the Atchafalaya River. Meanwhile, police made more than 100 drug busts. After three days, the festival abruptly ended.

Nicholas Brilleaux and Scott Caro have documented the festival with the film McCrea 1971, one of several movies set to be screened at the four-day Southern Film Festival in Lafayette.

Several award-winning independent films are on the docket. The festival aims to spur discussion among filmmakers and enthusiasts about the art of producing film.

Among the videos to be screened are feature films, shorts, documentaries and music videos. Many screenings are accompanied by question-and-answer sessions with the filmmaker. Workshops, panel discussions and other special events are also scheduled.

A local author has released an electronic version of his 1991 book chronicling the aftermath of a black teenager’s killing in a white Brooklyn, New York, neighborhood.

“For the Color of His Skin: The Murder of Yusuf Hawkins and the Trial of Bensonhurst,” is now available for Kindle, John DeSantis announced.

The nonfiction work probes a hate-related murder of a black teenager in a white work-class section of Brooklyn and the sensational trials and protests it ignited. Upon its original release, the New York Times Book Review named “For the Color of His Skin” one of the 10 best books of 1991.

DeSantis, senior staff writer for the Tri-Parish Times and contributor to the Gumbo Entertainment Guide, said he hopes to leverage the re-release into a meaningful discussion on race relations, specifically citing media coverage of the George Zimmerman trial.

“It appeared to me that the discussion never completed after Yusuf’s killing was picked up by the nation once more in this century, with our people no closer to answers or understanding of each other than in the past,” DeSantis said. “There are differences between 1989 and today, and they should be noted. But to see clearly the past we want to take toward understanding, tolerance and inter-racial dialogue, we need to know where we have been.”

The Kindle price is $9.99. To read more about the book or more about DeSantis, visit www.tinyurl.com/yusufbook.

To raise funds for Special Olympics of Louisiana, adrenaline junkies descend down New Orleans’ Benson Tower Nov. 8 as part of this year’s “NOLA Over the Edge.”