Foundation of memories at the table 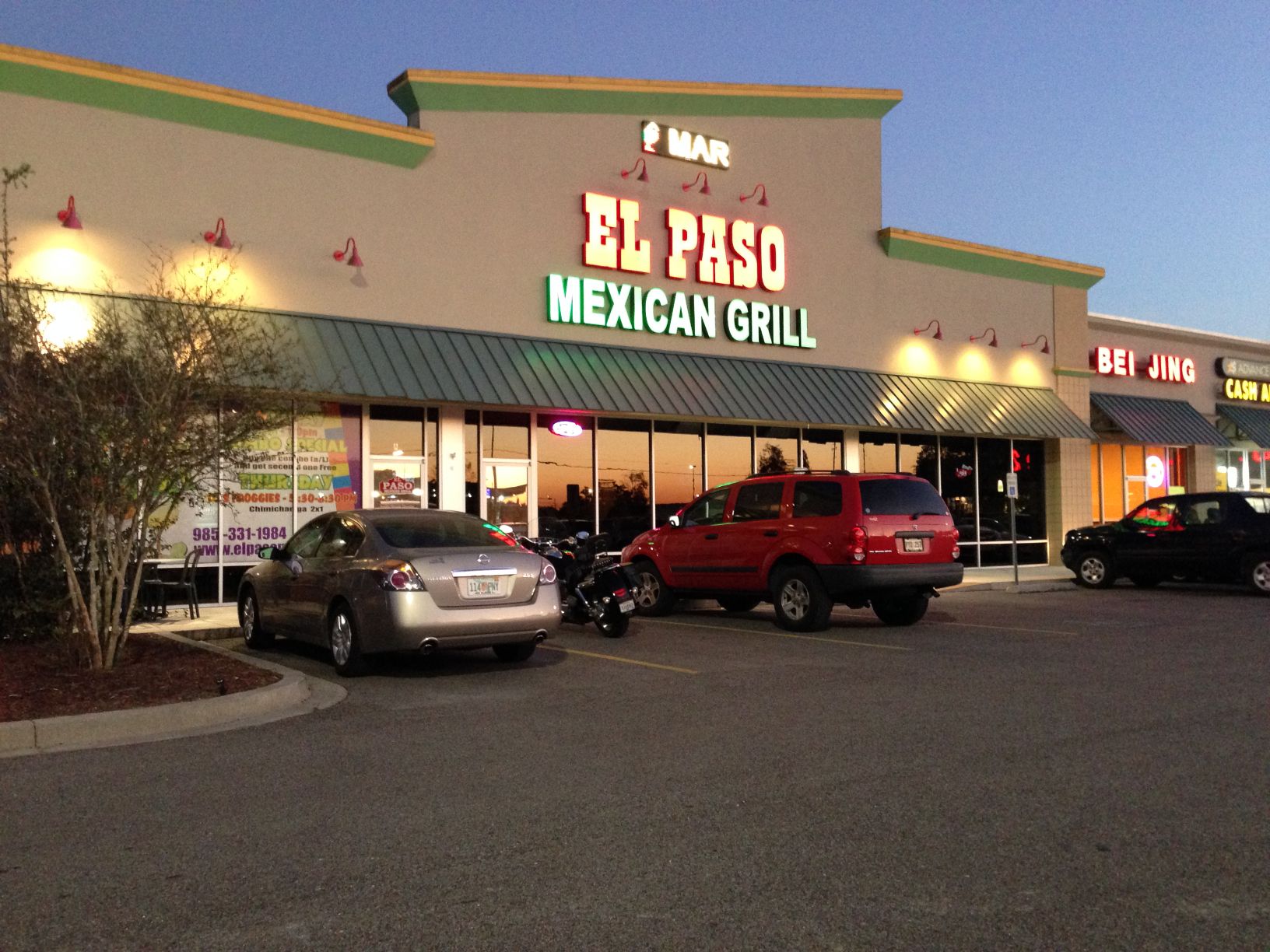 Modern slants on the roof replace the familiar Spanish terra cotta roof that distinguishes the Houma, Thibodaux and Raceland restaurants, but step inside El Paso Mexican Grill’s Luling site and you immediately recognize the smells.

Fresh chips, the makings of salsa and fajitas grilling entice you to step inside and enjoy.

Located at 12895 U.S. Highway 90 in Luling (just beyond the Walmart), it may seem like a bit of a drive for a restaurant. But locals en route to or from the Big Easy have one more familiar option along the route.

Despite the strip-mall façade, El Paso’s dining area has the casual, homey feel of its prior locations. Cement floors, cultural-themed artwork and color schemes and Mexican music.

It also offers the same menu, which is heftier than some Mexican eateries.

Moments after setting in, a server delivered a large basket of chips with three types of dip: a traditional hot Mexican salsa, a cold salsa and a refried black bean dip. The chips tasted very fresh, and each dip provided a different taste.

Within a minute, a different server promptly delivered menus and took our drink orders. The large, bound multi-page menu has approximately 100 – yes, I counted – different meal combos, many of which are accompanied by two side items.

Looking around, it’s hard not to notice the large margaritas being delivered to tables all around us. Served frozen or on the rocks, El Paso’s margaritas sport the sour bite of tequila with the sweet undertone of lemon, lime and salt. It was as delicious as it was strong.

We also opted for more bean dip ($4.25). Melted cheese covered the pinto beans and proved to be just as flavorful as the black bean dip.

My guests ordered a beef enchilada combo and, from the vegetarian options, the cheese enchiladas, while I settled on tacos.

The Enchilada Combo ($11.99) included a beef taco and a beef enchilada, rice and refried beans.

My Beef Tacos ($8.25), meanwhile, were amply filled with meat and the usual accouterments: lettuce, tomato and loads of shredded cheese. The dish consists of three beef tacos, which proved to be plenty after the chips and salsa.

Aside from the spicy salsa, my favorite aspect of El Paso is the well-seasoned meat. It normally explodes with flavor, but on this night, not so much.

Honestly, all three dishes proved a bit bland compared to the fare I’ve enjoyed at the Terrebonne and Lafourche sites. The Luling restaurant is newer, so I’m guessing it will come into its own soon enough.

For dessert, we enjoyed a Banana Cheesecake Chimichange ($5.79)– emphasis on “ENJOYED!”

A deep-fried slice of cheesecake accompanied by a banana, scoops of vanilla ice cream and whipped topping drizzled with chocolate and caramel sauce then topped with cherries was the star of the evening. Dessert has always been out of the question since the tendency is to gorge on chips. But with go boxes for our uneaten food, there was just enough room for the treat. It alone was well worth the drive.

Minus a couple of small kinks it was an enjoyable evening. El Paso remains among my favorites, even if I have to drive to St. Charles Parish for dessert.

Unlike El Paso’s Houma and Thibodaux restaurants, the Luling eatery is situated at the front of a strip mall off of U.S. Highway 90.