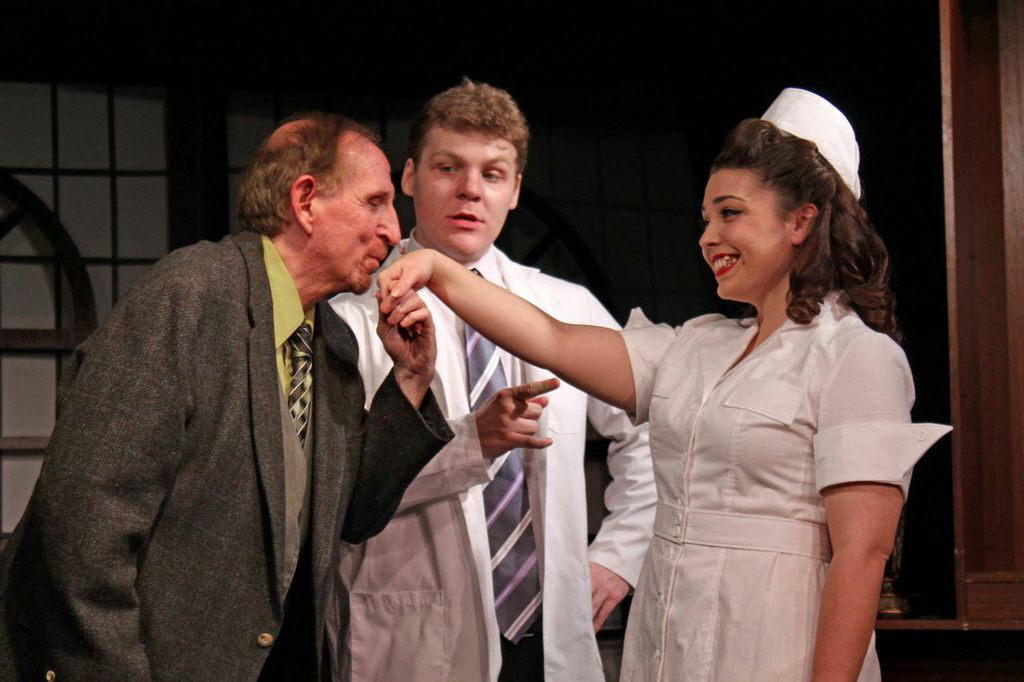 Nearly three decades ago Perry Martin gave his last on-stage performance, in Thibodaux, as the baffled and affable Elwood P. Dowd, a man who insists – to the consternation of his strait-laced sister and others – that he has a giant talking rabbit as a friend, abandoning the boards for a director’s chair.

This month the Bayou Playhouse founder returns to the stage, reprising the role in the Lockport theater’s production of “Harvey,” a play by Mary Chase first staged on Broadway in 1944.

“I am much more comfortable as a director but this character is dear to me,” Martin said, when asked about the switch. “It is one of my favorite plays.”

“Harvey” is the story of Dowd, a thoroughly charming man who sees and converses with a 6-foot-plus pooka – a legendary and traditionally Celtic shape-changer – in the form of a rabbit. Dowd is not shy about introducing people to his friend, whom they cannot see or hear and his sister, Veta, wishes this were not so.

This so much the case that she seeks to Have Dowd committed, and the story ramps up from there.

If the plot sounds familiar though you’ve never seen the show on stage, that could be due to the 1950 film version of the Pulitzer-winning show, with Jimmy Stewart playing Dowd.

In the Bayou Playhouse production Dowd’s sister, Veta Louise Simmons, is played by Casey McShain, who appeared in the HBO series “Treme.”

Camille Griffin, who debuted at the Bayou Playhouse in the role of Sally in its production of “A Charlie Brown Chrstmas,” plays Myrtle Mae Simmons, Dowd’s niece.

Directing the show is Martin’s long time friend, Dane Rhodes. Martin said Rhodes is the first guest director at the Playhouse since its doors opened seven years ago; his film credits include “Abe Lincoln Vampire Hunter,” “Django Unchained” and “Love Song for Bobby Long,” in which he co-starred with John Travolta and Scarlette Johansson.

To effectively play the role, Martin said, he draws on his standup comedy background and experience as a ventriloquist, a talent he honed while working his way through college on cruise ships.

“The comedy requires very subtle timing and someone who can envision and bring an imaginary character to life onstage for the audience, Martin said, noting that the key question throughout the production is “whether Harvey is a figment of Dowd’s imagination or or is he actually real and no one else can see him.”

Coping in latter years with diminishing sight, Martin mused about the curious nature of his playing the character.

“I am a character who sees something nobody else sees,” said Martin, who was intrigued with the challenge of once again playing a role with a co-star who is not on stage. “Now my biggest challenge is to work off my lines and to not fall off the stage.”