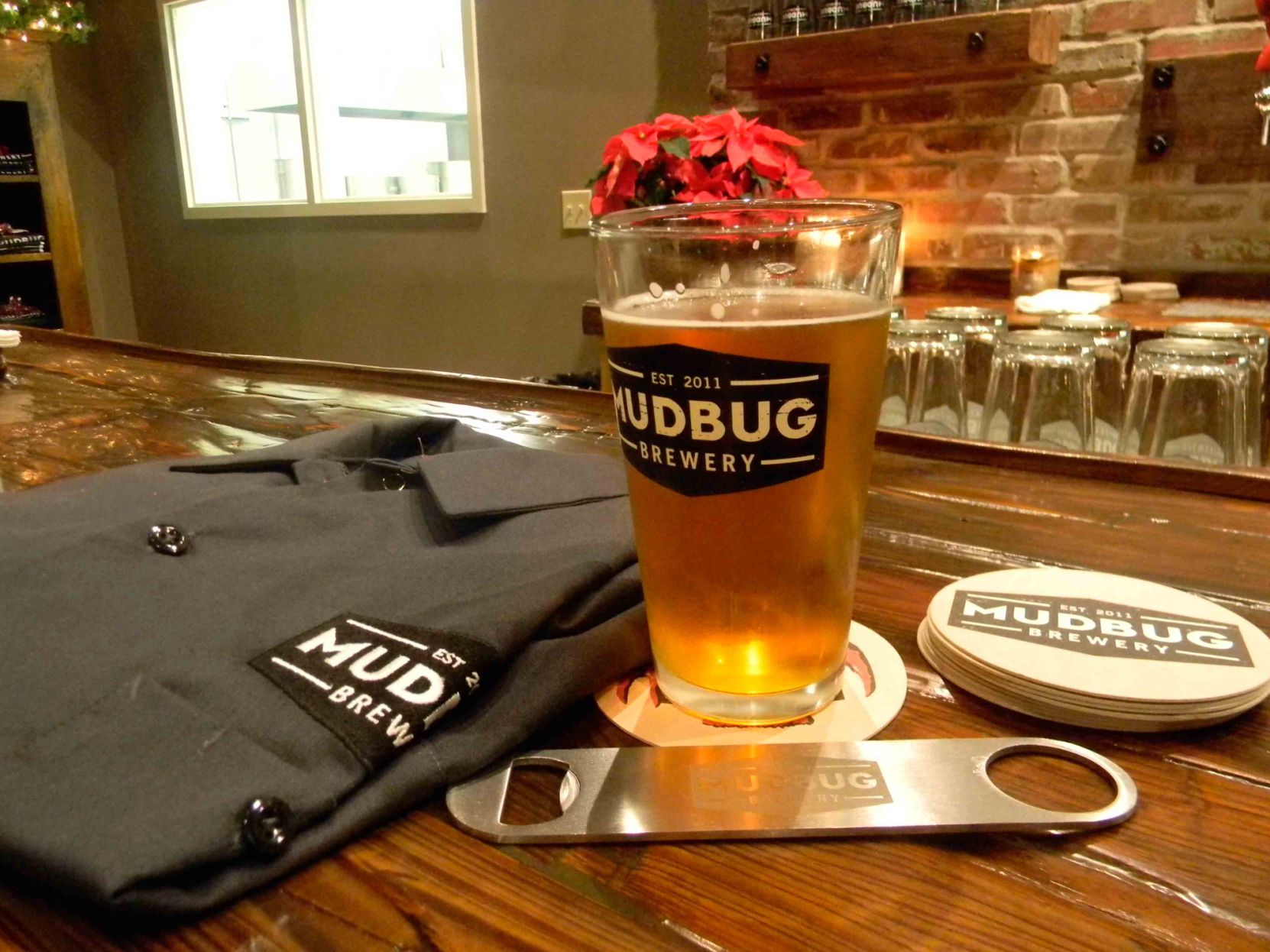 I recently had the honor of sitting with Mudbug Brewery head brewer Leith Adams in the Thibodaux site’s gorgeous tasting room to sample three of the flagship brews.

We started with the King Cake Ale, a golden-spiced ale. The brew, which started out as a French Toast beer, is brewed with Korintje cinnamon from Indonesia, as well as vanilla beans from Madagascar before Lactose is added for a smooth, rich body.

Mudbug’s goal in creating this beer was to make it as approachable as the Cajun culture itself. Consider it a Cajun ambassador in a glass.

Next, we sampled the Café au Lait, a coffee milk stout brewed with cold Louisiana medium-roast coffee. Brewed with 2-row, chocolate, roasted barley, black and caramel malts, it sports a deep, dark chocolate hue and a nice frothy head. The Cascade hops balance the grains and the 31.8 IBUs and 5.6 percent ABV make for an extremely drinkable stout.

Coffee is such an integral part of the Cajun culture, so coffee milk stout seemed a no-brainer. The nose invokes memories of sitting with my own grandmother and aunts as they sipped coffee brewed in an old-style percolator.

Lastly, we sampled the Intracoastal IPA (that’s an India Pale Ale) and straight away I noted that it didn’t sock my tastebuds with an over serving of hop flavor or bitterness. This, Leith said, is purely by design. The Intracoastal Waterway cuts right through his area, bringing many different communities and industries closer to one another. This IPA, he said, is an attempt to bring beer drinkers together by charging straight down the middle and not overdoing the hop flavor and bitterness.

Brewed with 2 Row, Carapils and Caramel 10 malts and hopped with B Columbus and Summit hops, this IPA is then dry-hopped with Summit hops for a solid week. The resulting 61 IBUs are very approachable for someone who isn’t acclimated to the hop bombs that crowd the shelves of local stores and craft beer bars, and the 6 percent ABV makes this one extremely enjoyable.

The fourth flagship brew is Mudbug’s Pelican Pilsner, which was still in secondary fermentation at the time of my visit. I did sample a taste of the yet-to-be-finished brew and it promises to be yet another extremely tasty and approachable brew. A traditional German Pilsner, this beer is a decoction mash, which, put plainly, means that the grains are mashed twice. Made with Pilsner and Carapils malts, it’s hopped with Hallertau, Hersbrucker, Tettnang, Saaz and Spalt hops. Clocking in at 5.1 percent ABV and 33 IBUs, this will prove to be a great segue beer for those who are just starting to dip their toes into craft beer.

Besides these flagship brews, Adams said the brewery will also offer monthly seasonal brews such as a Belgian White, Session IPA and a Burning Saison made with molasses to celebrate the sugar cane harvest. Lagniappe like this will be a hallmark of the brewery, and Adams has a penchant for trying new things, so boredom is hardly an option.