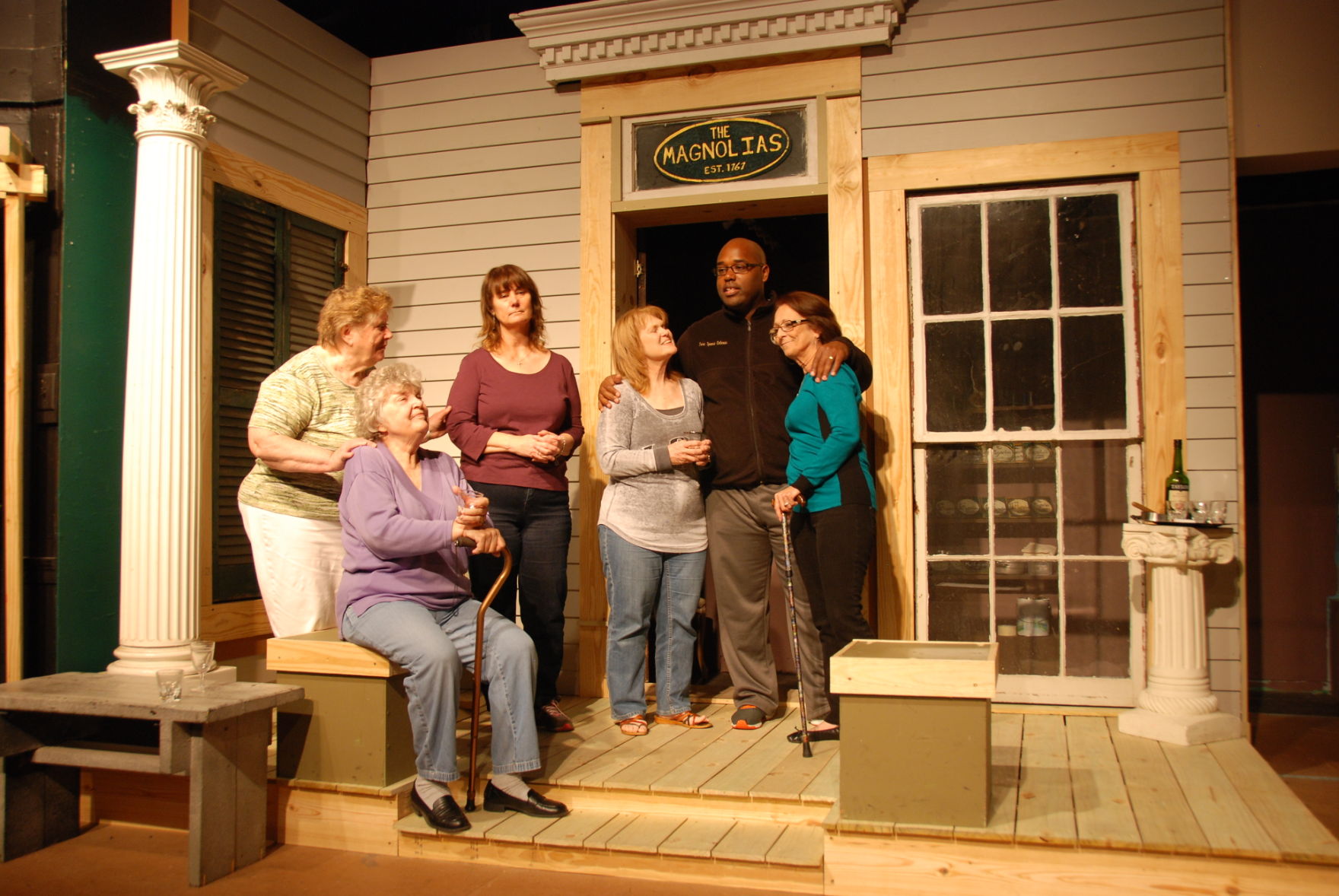 The South’s rising likely had the backing of a few strong women.

Certainly, “the Offspring of the Ladies of the Sacred South” are strong contenders.

The group of strong-willed Southern ladies is central to Le Petit Theatre de Terrebonne’s latest production: Raleigh Marcell’s “The Ladies of the Sacred South.” Directed by Sue Peace and produced by Paul Labat, the cast includes several seasoned actresses as well as a few newbies to the local theatre scene.

“This is such a touching story, that attracted me to this show,” Peace said. “I love the sentimentality that these women have for the house, their surroundings and each other. They are older women who really love what they do. They love the house and I think they feel the house loves them.”

The house is Magnolia Grove, the decaying mansion once occupied by Rachel Hampton; her daughter, Hominy Ann; and her fiancé, Confederate Capt. Roger Swain, who was shot in the back by a Yankee on the couple’s wedding day.

The plantation was left to Rosabelle Periwinkle (played by Jeanne Scott), who sold it to The Offspring of the Ladies of the Sacred South – five eccentric, but lovable, women who maintain the history of the home.

“I see ‘Mrs. P’ as an integral part of the house,” Peace explained. “The home lives within Mrs. Periwinkle and Mrs. P lives within the home.”

Fortuitously, the Magnolias and a second site, a modern museum named Pinehill, are being considered for the Georgia Historical Society’s annual pilgrimage. With the building inspector and fire marshal threatening closure, inclusion in the pilgrimage is the plantation’s last hope for survival.

Our Sacred South ladies decide to host a Southern-style dinner, complete with an appearance by the good Capt. Swain, played by a California transplant-turned-delivery man Jack (Scott Courville).

Coleman, the chief of detectives and spokesman for the Houma Police Department, is embarking on his first time onstage at Le Petit. His previous theatre gigs were at Ellender High, where he appeared in a Christmas play and a remake of Michael Jackson’s “Thriller.”

“I was very nervous at first, but everyone has helped me overcome my first-time barriers,” Coleman said. “I’ve really come to appreciate the awesome relationship these ladies have with Buck and with each other. It’s a fun play.”

When he tried out for the part of Buck, Coleman thought he was landing a speaking role. Little did he know he’d be belting out a bit of gospel and, of course, “Dixieland.”

“That’s OK though, I do a lot of singing in church so I wasn’t afraid,” he said.

Peace ingeniously incorporates virtually every area of the theatre for “Ladies of the Sacred South.”

“We have tours and a dinner going on so the dining area and parlor are essential,” she explained. “And some pivotal scenes occur on the porch. It was a challenge to fit it all in in this small space.”

Celebrity tourists visiting the Magnolias – Pat Crochet and Tyler Bonner – trek through the seating area upon their visits.

Peace noted that when the play first ran, audiences followed the cast as they moved through a plantation acting out the show. “Obviously, we can’t do that but we managed to make pretty good use of the space available to us.”

So, do the old house and its loyal descendants survive? Audiences have through March 8 to find out.

Members of the Offspring of the Ladies of the Sacred South – played by Jeanne Scott, Donna Benda, Julie Jeannsonne, Lydia Courtney-Voight and Gayle Walters-Barrios – are joined by Buck, newcomer Dana Coleman, on the steps of the Magnolias.