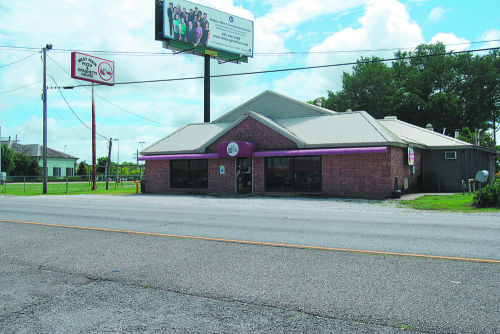 Step inside West Main Pizza & Spaghetti House in Houma and you’re beckoned back to the days where neighborhood joints reigned supreme.

Concrete floors and brick/paneling walls and plastic tablecloth covered tables are the norm, and the love for the New Orleans Saints and all things Big Easy are evident in the decorations. But the first thing you notice upon stepping inside is the smell. The ovens are hard at work, and the smell of pizza crust browning is intoxicating.

The second thing you notice at West Main Pizza is how friendly the staff is. We were immediately greeted by a friendly face, which invited us to sit anywhere. Around us, about a half dozen guests were enjoying pizzas.

When I first moved to Houma several years ago, my daughter and I dropped in one night to split a pizza after shopping at the mall. She enjoyed the pizza because it was covered in mozzarella cheese. I just remembered it taking a fairly long while to get our order.

So, all these years later, I was interested in returning.

My guest and I opted to split a small pizza, a spaghetti dish and a sandwich – which pretty much covered the menu.

We ordered an 8-inch pizza ($9 plus $1.75 for the extra topping) – half pepperoni, half anchovies (yes, she’s the one that eats them). My guest opted for a small plate of Spaghetti with Meat Sauce & Meatballs ($9), while I opted for a Meatball Sandwich ($8.50).

Again, I noticed West Main Pizza & Spaghetti House’s evening service is not fast food. The gap between receiving our drinks and food actually arriving on the table was long. But to be fair, the menu warns that guests should leave 25 to 30 minutes for cooking; even longer if the restaurant is busy.

Many minutes and a soda refill, at least. It wasn’t an issue for us, because we were deep in conversation. But on a trip to the restroom, I couldn’t help but notice others waiting for food and far less engaged in conversation.

It’s also worth noting en route to the restroom, I found the salad bar in a hallway that also serviced gamers. An odd placement, I thought, but maybe on other nights, West Main Pizza & Spaghetti House has such a demand that the additional table or two in the dining room are needed.

It’s worth noting that my guest’s family hails from Italy, so making the perfect spaghetti sauce – or a great meatball – is an art form. Sorry to say, in this regard West Main Pizza & Spaghetti House fell short. The dish, which is accompanied by a slice of garlic bread, was OK, but it wasn’t memorable. In its favor, the spaghetti was loaded with meat, even if it was shy on seasoning.

My meatball sandwich arrived next. Served on French bread, the sandwich included several meatballs covered in small chunks of grilled onions and green peppers and covered with Mozzarella cheese. I’m a fan of fresh Italian seasonings teamed with garlic and parsley, but the sauce – what little of it there was – was more generic. The sandwich was OK, but I think I’ll go a different direction on my next visit.

The pizza was the last to arrive. My guest was delighted to see the number of anchovies that covered her side of the pizza.

Sauce was not an issue on the pizza because there was virtually none. The crust, like the toppings, proved to be quite crispy. Again, the menu alerts guests that West Main Pizza’s crust is thin to medium. Requesting more sauce or a thicker pizza crust will affect the outcome, according to the menu.

In general, the pizza was OK, but next visit, I will try my luck at one of the house specials; maybe a barbeque beef or pineapple delight.

All in all, West Main Pizza & Spaghetti House offers a casual setting to enjoy each other’s company, share a beer on game night and eat basic Italian fare. The LeBouef boys have succeeded at providing locals’ a neighborhood joint for an afternoon or evening’s outing.