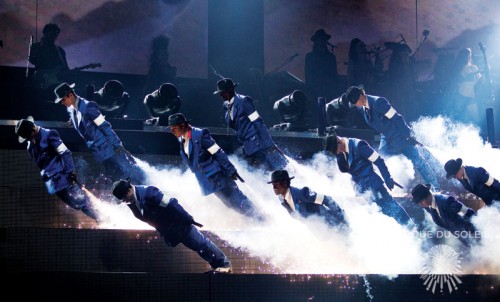 Cirque du Soleil will perform the show at 8 p.m Feb. 15 and 16 at the New Orleans Arena. Tickets range from $50 to $175 and can be purchased through Ticketmaster.

The show is billed as a fusion of visuals, dance, music and fantasy illuminating Jackson’s creativity. The story is told through the discovery of Jackson’s “Giving Tree.”

The show targets to enthrall both the lifelong fans and the new discoverers of a musician who blazed a trail in pop culture.

The St. Louis Post-Dispatch reported the show’s set list would include “Thriller,” “Billie Jean,” “Black or White,” “Dancing Machine,” and “Man in the Mirror,” among others.

No one plays the role of Jackson, according to the Post-Dispatch.

The show will travel to St. Louis, Houston, Tulsa, Kansas City and Orlando throughout the month. It will make a few stops in Canada later this year and then ship out to the United Kingdom, Italy, Sweden, Germany and other European nations.

In 2013, the production will settle into its permanent home at Las Vegas’ Mandalay Bay Resort and Casino.