Tracy Lawrence knows who his fans are

Country hitmaker Tracy Lawrence set a Billboard record in 2007 with “Find Out Who Your Friends Are.” Released nearly a year earlier, the single set a record for the slowest climbing hit on the country music charts and the second slowest on any Billboard singles chart.

Lawrence has been much faster at identifying his fan base and delivering the tunes that keep them coming back.

“I don’t know when you’re young and stupid if you ever think ahead,” Lawrence said of his longevity. “I know what my fans want from me. I know who I am and where I’m at as an artist. I feel very blessed.”

It’s been more than 20 years since Lawrence’s freshman release, “Sticks and Stones.” He’s seen 18 songs reach the top of the country charts and sold more than 13 million albums since then.

And, to celebrate the milestone, he’s just released a greatest hits package, “Evolution.”

The 12-song CD includes fan favorites “Time Marches On,” “Find Out Who Your Friends Are,” “Paint Me a Birmingham” and “If the World had a Front Porch.”

“It was difficult getting down to the first 10 or 12,” Lawrence said of the compilation. “I feel fortunate to have that problem. There’ve been a lot of hits.”

For “Evolution,” Lawrence and his road band went back to the studio and re-recorded all of the songs.

“We did 23 songs in all,” he explained. “The plan is, over the course of this year, to mix and match some of the songs for additional packages.”

Fans can expect the next release to include a number of two-steps and waltzes. “More of the uptempo stuff,” the singer said.

Lawrence, who just turned 47, said the new recordings are all studio quality. “Vocally, you will have a hard time hearing the difference,” he said, a feat many artists with storied careers would have a tough time pulling off.

“I’m a stickler for the tracks being very comparable to the original,” he said. “This is as close to the original stuff as it gets. This is what fans hear when I play live with my road band.”

“Evolution” is out on Lawrence Music, the Arkansas-born singer’s newest label. After a fallout with his Rocky Comfort Records partner, Lawrence now has intellectual ownership of all of his prior music.

“I’m already being approached by companies for licensing opportunities,” he said.

In addition to touring, he’s back on the radio with a syndicated radio show, “Honky-Tonkin’ with Tracy Lawrence.”

“I primarily play all uptempo dance music by artists from the Eighties and earlier,” he said. “Twenty stations are on board, and I’ll have another 40 or 50 by early summer. The feedback’s been really positive.”

The show allows Lawrence to share the spotlight with artists he enjoys. “A lot of country music has evolved into arena music,” he said. “People are not getting the older music anywhere. Guys I came up with – Mark Chesnutt, Clay Walker and others – call in and we talk and I play the older stuff.”

That’s not to suggest Lawrence feels slighted by the industry.

“I was fortunate to have the run I’ve had,” he said. “Now, I’m settling in to what my core audience wants. I do 90 to 100 shows a year and have a solid, great fan base. I work as much as I want and believe I can sustain this pace for a long time.”

Lawrence performs at Feb. 28 at Cypress Bayou Casino in Charenton. Tickets are $20 to $35 through Ticketmaster. 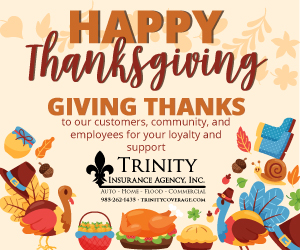