What’s with the gluten-free food fad? 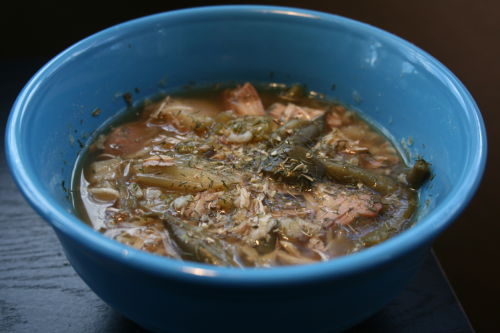 “Gluten free” seems like the new catchphrase of the year. Grocery isles are littered with boxes and bags proclaiming gluten-free contents inside while people in coffee shops and restaurants discuss their newly adopted gluten-free lifestyle. Taking the place of Atkins or the raw food diet, the gluten-free diet has worked its way to the top of many minds and conversations around the nation, and food suppliers have taken notice.

“If people want something or they want to eat a certain way, a business wants to make money and so they have to provide what the customer wants,” says Brigett Scott, registered dietitian and Department Head of Allied Health Sciences at Nicholls State University. “The restaurant doesn’t do it because it’s a healthy diet but because it’s a way to increase their customer base and make more money.”

However, some restaurateurs feel slightly different; claiming it is a benefit to both parties involved.

“While I can’t personally comment on corporate’s view on this particular issue, I do know that Chili’s makes decisions on what they call the ‘3 WINS’ which they describe as a win for Chili’s, a win for our team members, and a win for our guests,” says James Charpentier, a manager at Chili’s in Thibodaux. “I feel confident that providing our gluten-free menu fits all three wins in that we support our guests by making it easier to safely find items that fit their needs while also increasing sales for Chili’s, and as a result, enables us to put more money in our team members pockets. In other words, having the gluten-free menu is a win-win-win.”

Restaurants aren’t the only food sources taking hold of this popular diet. Now grocery stores are filled with products advertised as gluten free when some never contained gluten to begin with.

“You’ll see things you never would have thought that gluten was in, like yogurt products or potato chips,” Scott says. “The average person wouldn’t know that it’s not already gluten free so the company takes advantage and says ‘Okay, well, the hot thing is gluten free so let’s take our product that’s never had gluten in it, slap a gluten free label on it and let people know they can still have our product.’”

Gluten is a protein found in wheat, barley and rye. Like many food allergies, caused by proteins, the gluten causes unwanted symptoms for people with Celiac disease and other gastrointestinal diseases or sensitivities. Individuals with the disease have a negative response to the consumption of gluten, which results in abdominal pain and diarrhea from the inflammation of the intestinal lining and poor absorption of nutrients.

As wheat is a popular edible item, it can be hard to avoid. The gluten is responsible for the elasticity of the dough, providing the chewy and stretchy characteristics that many love in the pizzas and breads. Lesser known products can surprise people, as it is often times used in gravies or sauces as a thickener.

“Anytime you have gravy, people will use flour to thicken it,” Scott says. “So if you make a roux for a gumbo, the gumbo would have gluten so you’d need to make flour-less gumbo. That’s why you really have to read the food label because sometimes you don’t know what those food companies use for different purposes that you didn’t think of before.”

Many restaurants now provide gluten-free menus for guests wishing to avoid the product. However, many of the menus are simply easy to read compilations of foods that already do not contain gluten and lists of what to avoid.

“Chili’s has had a gluten-free menu for around nine years,” Charpentier says. “Here in Thibodaux, we probably see about three or four requests per week.”

For instance, Outback Steakhouse, Applebee’s and Chili’s all offer gluten free menus that provide lists of meat items, vegetables and salad dressings among other things. Chili’s tells menu readers to avoid buns for hamburgers, gravy on the mashed potatoes, and tortilla strips in their enchilada soup. Outback tells its customers to avoid the French fries and instead opt for a baked potato or vegetables without seasonings. All of their salad dressing are gluten free except for their honey mustard and blue cheese.

“I personally believe that since our guests are literally the ones who pay our bills, we need to do what we can to make things as convenient as possible for them and this includes our guests with special needs,” Charpentier says.

One commonly stated issue on every menu is the possibility of cross-contamination when making their gluten-free products. Outback asks its customers to request salads be tossed in a separate bowl, and all restaurants have a disclaimer that reads something similar to Chili’s, “Please be aware that during normal kitchen operations involving shared cooking and preparation areas, including common fryer oil, the possibility exists for food items to come in contact with other food products. Due to these circumstances, we are unable to guarantee that any menu entrée can be completely free of allergens.”

There are also places in the area that offer traditional bread items as gluten-free options, including, Olive Garden which has a gluten-free penne pasta, as well as Domino’s Pizza, which offers a gluten free crust. However, these options also pose a risk for gluten intolerant individuals and Domino’s suggests people with Celiac disease not order their pizza, as they are prepared in a common kitchen that can cause cross-contamination.

Generally, the only individuals that need to be on a gluten free diet are those with gastrointestinal diseases or sensitivities though Scott stated that there are no real concerns with those who feel they want to try it as an avenue for losing weight.

“There are some people who claim it helps them lose weight, but just like with any other fad diet, we know that when people change the way they eat they typically end up eating healthier and that’s why they lose weight,” said Scott. “I don’t think it hurts so that’s why you don’t really see too much backlash from it. Usually it’s cutting out the things that they shouldn’t be eating too much of anyway; cookies and cakes and things like that. The biggest concern is getting enough fiber, but there are other ways through fruits and vegetable to get enough fiber in the diet.”

Whether it is because of an allergen, disease, or simply curiosity – gluten-free diets are becoming more popular to individuals searching for a healthier lifestyle and many are finding more opportunities to embrace the diet while enjoying a night out of the kitchen.

A bowl of chicken and vegetable soup is pictured. The meal is gluten free, even with the addition of most variations of rice, which doesn’t contain the protein many people have begun to avoid lately.