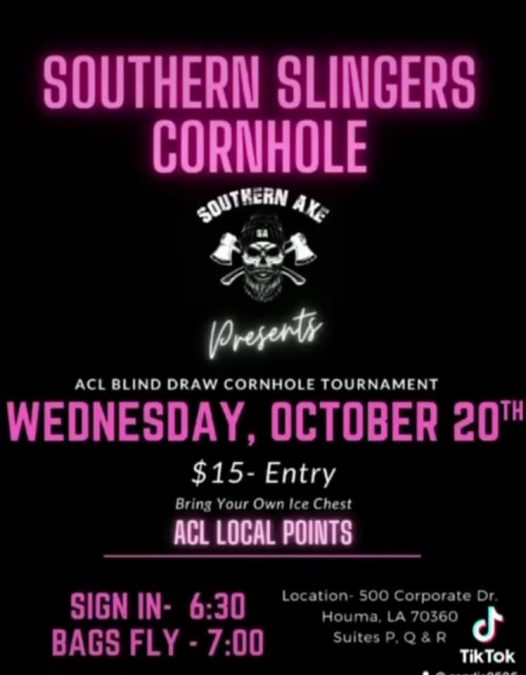 Starting Wednesday, October 20, you can go out to sling some bags at the Southern Slingers ACL Blind Draw Cornhole Tournament presented by Southern Axe in Houma!

The first event will be held Wednesday, Oct. 20, but Southern Axe owner Blane Theriot said the tournament will run every Thursday night after that. Sign-in is at 6:30 p.m. handbags fly at 7 p.m. The tournament has a $15 entry fee and players can own local American Cornhole League (ACL) points! Location is 500 Corporate Drive, in Houma, Suites P, Q, and R.

The tournament will be run using the Scoreholio phone app. The app allows players to check-in, keep track of their scores and runs the bracket for the tournament. Until Southern Axe facilities are fully open, which they will re-open mid-November, it is “bring your own” food and beverages.

Theriot is excited to get everyone together especially after such a hard experience everyone has been going through with Ida. “it’s awesome to get back to some familiar faces. Everybody went from playing weekly tournaments to, it’s probably going on two months now, that we haven’t seen each other.,” he said, “I think it’s going to be a fun time and hopefully we can grow the sport for the area.” The tournament will have six sets of boards that will be rotated during the game. Eventually, once the tournament is established a little more, they will section the games off into Social Players and Advanced Players to accommodate players, so that if you’re wanting to come out to have a good time, there’s no pressure! But for those who want to play for ACL points, the Advanced Player league is for you!

Southern Singers is the first cornhole league in Houma. They are affiliated with a group that was playing in Schriever, and they have leagues in Bayou Blue and Thibodaux. Players will play an average of six games in the tournament and can show up the night of to sign up for the tournament or sign onto their Scoreholio app.

“It’s good for the area,” he said “because the guys that are serious about the sport, have to travel out of the area. This way, they don’t have to go out so far to play the game.” They partnered with Candis Kling, who is the number one ranked woman in the state, and her associates to help run the league.

Once Southern Axe is back up and running, Theriot said he thinks it’s going to be a really fun atmosphere to come out to. You can play cornhole, throw some axes, get a beer, get a burger…it’s going to be fun! They’re also looking to have live music and bottomless mimosas. “There’s going to have a lot of fun stuff happening…” Theriot said, “So, show up, sign up, and start throwing!” 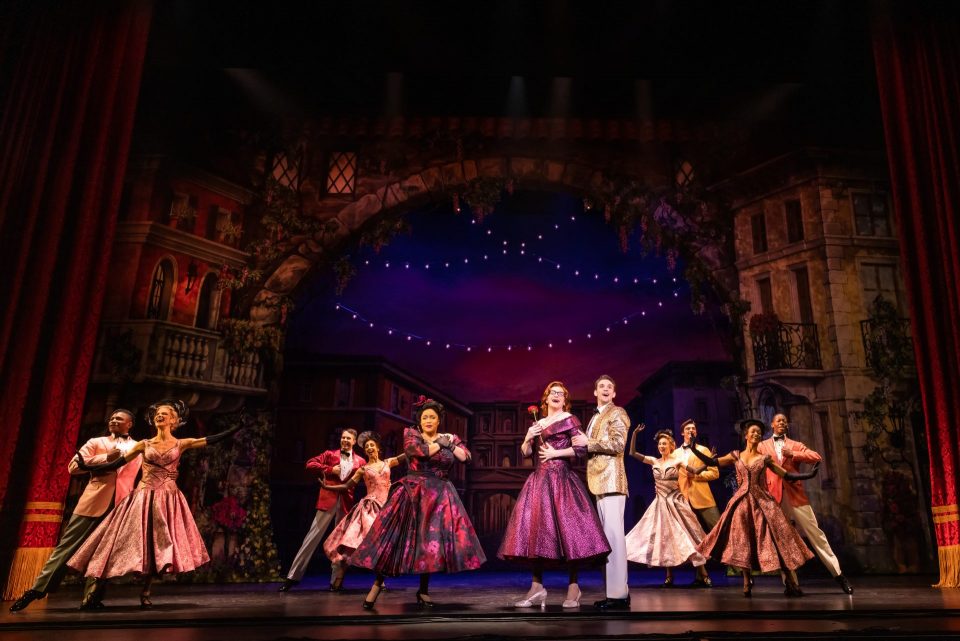