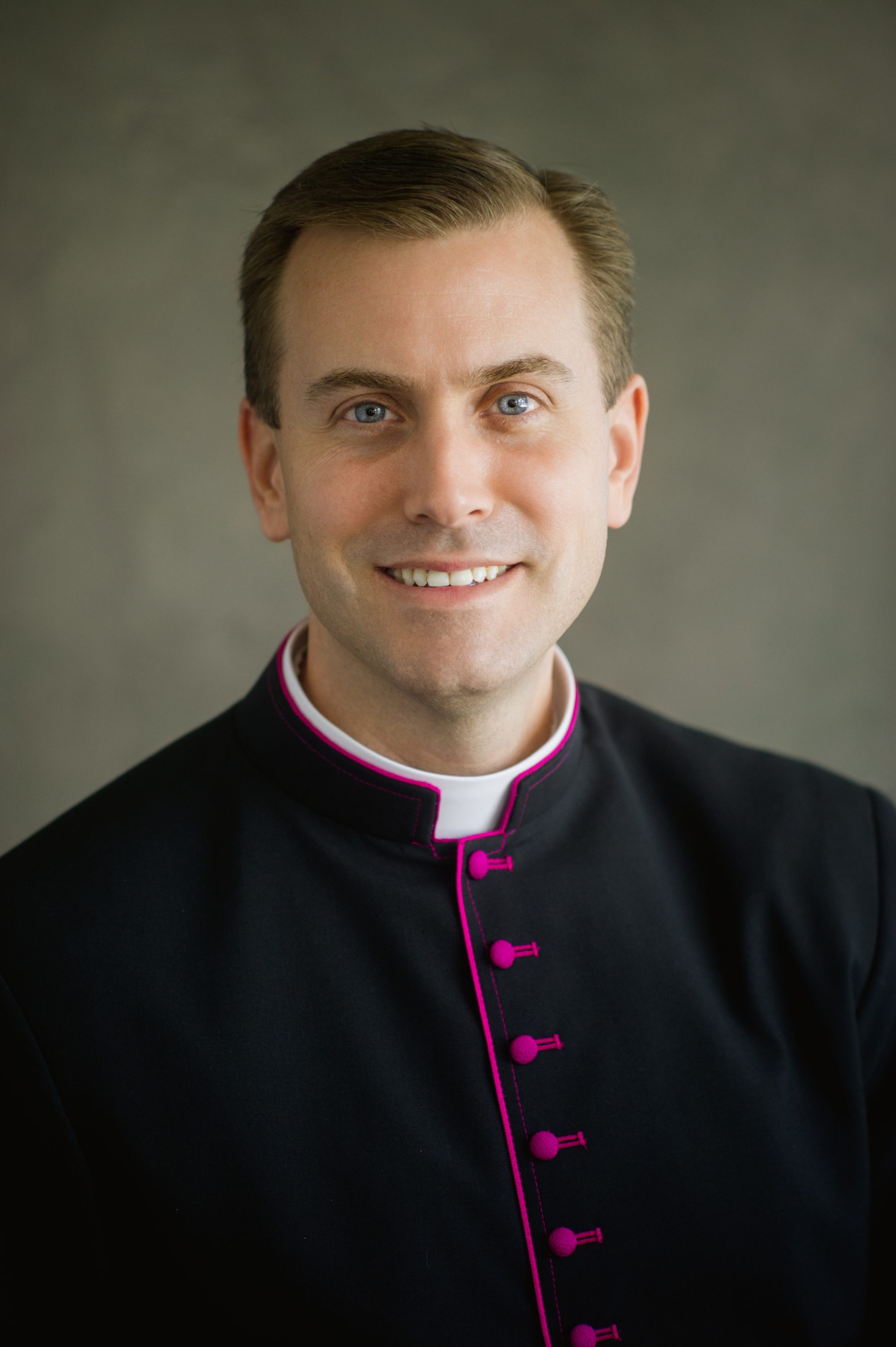 Pope Francis named Msgr. David L. Toups as the sixth bishop for the Diocese of Beaumont, Texas, on June 9, 2020.  Bishop-elect Toups was introduced this morning to the priests and the people of Southeast Texas by the current Bishop of Beaumont, the Most Rev. Curtis J. Guillory, SVD.

“In the middle of a pandemic, racial tension, protests, economic downturn and at the start of hurricane season, I am like the angels at Our Lord’s birth bringing good news to the shepherds.” Bishop Guillory said that he was bringing good news Southeast Texans. “We now have a Bishop-elect for the Diocese of Beaumont!”

Bishop-elect Toups told the group he was joyful in embarking on his journey with the faithful of Southeast Texas.

“I am truly humbled and honored to have been appointed by Pope Francis to serve as your sixth bishop,” Bishop-elect Toups said. He is currently serving as Rector/President for St. Vincent de Paul Seminary in Boynton Beach, Florida.

Bishop-elect Toups is the youngest of three children and grew up in Houma, Louisiana. His family relocated to Clearwater, Florida, when he was a junior in high school. He attended Florida Southern College before transferring and graduating from St. John Vianney College Seminary in Miami, Florida. His theological studies were pursued at the Pontifical North American College in Rome while attending the Pontifical Gregorian University (1993-1998).

Bishop-Elect Toups has chosen Romans 8:28 as his motto. “For those who love God, all things work together for good.”  Although it was his mother’s favorite scripture, it is an unusual choice since Bishop-elect Toups will be sharing that motto with Bishop Guillory, the man who will be his predecessor. Bishop-elect Toups says he made that decision with the permission of Bishop Guillory. “It (Romans 8:28) has guided me for 49 years and it has guided your diocese for the past 20. Continuity is good.”

Bishop-elect Toups will be ordained August 21 at St. Anthony Cathedral Basilica. He is an international presenter and accomplished writer authoring two books:  Reclaiming Our Priestly Character and The Priests We Need: A Rector Speaks to His Seminarians.

He was ordained to the priesthood on June 14, 1997, for the Diocese of St. Petersburg. He has served as both a pastor and a professor for seminarians as well as serving for several years in Washington with the U.S. Conference of Catholic Bishops prior to becoming rector at St. Vincent de Paul Seminary.

Bishop-elect Toups says he and the diocese are blessed that Bishop Guillory will remain in Beaumont as Bishop Emeritus.  “From the first moment we spoke on the phone, I could tell how fortunate I was to be building on the legacy that he has forged these past 20 years of laboring with you in the vineyard of the Lord.”

“Following Bishop Guillory’s lead all these years, I desire to journey with the African American community in peacefully conquering the sins of racism and injustice today. May this moment in American history bring an end to intolerance and violence once and for all.

As required by canon law, on his 75th birthday in September 2018, Bishop Guillory tendered his resignation indicating his retirement to Pope Francis. The Holy Father has appointed Bishop Guillory Apostolic Administrator which means he will continue to govern the diocese until the new Bishop takes possession on August 21.