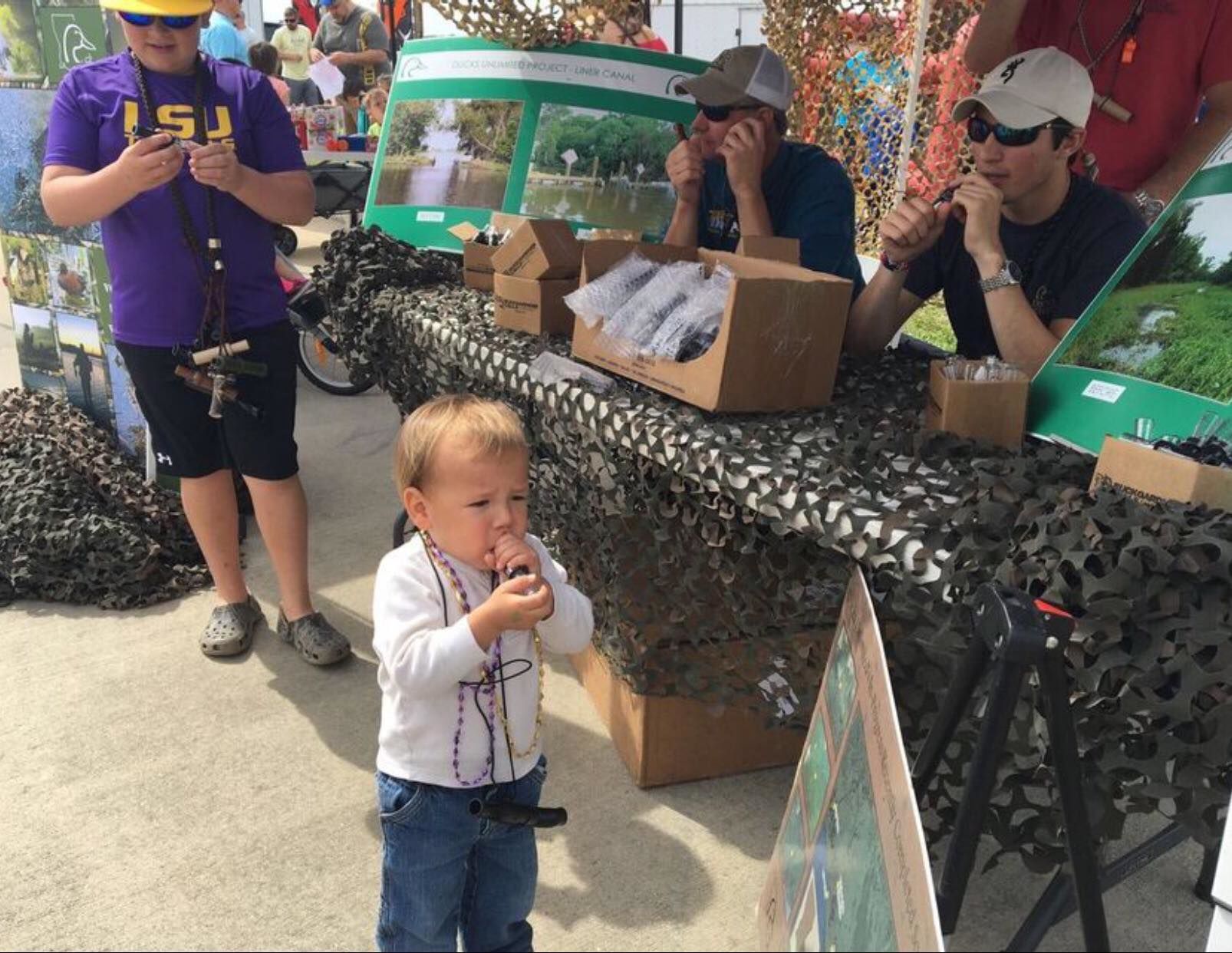 Ducks Unlimited (DU), the non-profit organization and world’s leader in wetland and waterfowl conservation, has conserved more than 14 million acres of wetlands by raising over $4.5 billion since its conception. DU has been able to research the environment, restore grasslands and watersheds, and replant forests to help conserve life for waterfowl in North America. Another way they are helping is by educating the youth on the efforts of conservation in various programs throughout the country. The Thibodaux DU chapter, along with other conservation organizations such as the Coastal Conservation Association (CCA) and Delta Waterfowl, created such an event for youth in the area that’s not only educational, but also fun with their 3rd Annual Jackie Bartels Kids Conservation Festival.

Held at the Bayou Country Children’s Museum  (BCCM) and originally just called the Kids Conversation Festival, Nick Lichenstein, future Chairman of Louisiana DU and co-creator of this event, says the turn out for the first year in 2016 was more than they had expected. Just over 300 kids showed up to enjoy the day’s activities. The second year, word spread even more about the event and over 1,000 children attended the festival. Unfortunately, shortly before that year’s festival, Nick’s grandmother, Jackie Bartels, passed away, and that’s when the board members decided to change the name in honor of her.

Jackie was an avid and accomplished hunter. She hunted big game around the globe and won the Safari Club International’s Diana Award for her excellence in the sporting world. Not only was Jackie a great hunter, but she was outstanding member of DU herself and spent her life answering the call to conserve wetlands and waterfowl. After the festival’s success the first year gave Nick appreciation of it, being able to change the name in honor of his late grandmother, who he says “stood for conservation”, made it even more special for him.

This year’s conservation festival, which will start at 10 a.m. on March 31, is sure to celebrate the memory of Jackie as well as or even more than it did the previous year. The event will feature an impressive assortment of activities for children of all ages. Kids will have a chance to enter bait casting contests, watch duck dog demos, participate in wood box building, supervised archery and BB gun shooting, go on a duck Easter egg hunt, meet the alligators of the Greenwood Gator Farm, enjoy hamburgers, learn about conservation efforts, and more.

The $5 ticket, which can be purchased at the door the day of the event, also not only grants a child access into the entire museum, but also gives him or her memberships to DU, BCCM, CCA, and Quality Deer Management Association. These memberships help kids understand the wildlife prevalent in Louisiana and learn how to protect it so it’s left for the generations after them. •