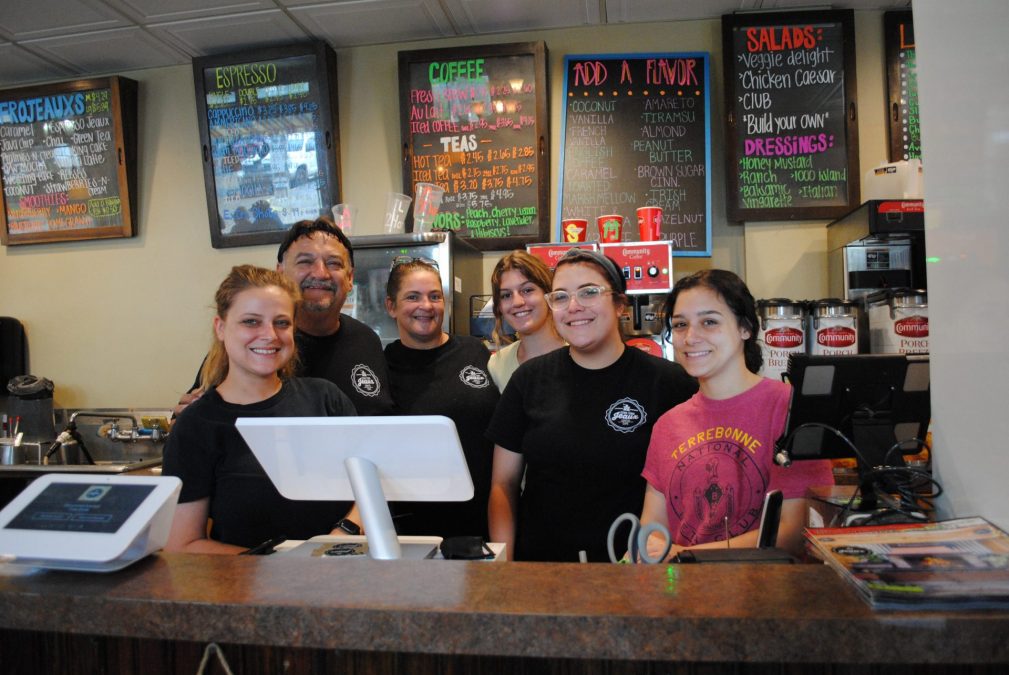 Local business Downtown Jeaux Coffee Cafe recently celebrated its 5th anniversary. Sitting down with owner Tommy Guarisco, a cup of fresh coffee, and some beignets, were the perfect way to celebrate the accomplishments.

“We hadn’t had a coffee shop downtown for four years. At the time, back in 2016, we just didn’t have a coffee shop downtown, so I said, let me go ahead and renovate it for someone to lease as a coffee shop,” he said. “I found beautiful sets of windows, transit windows, that were blocked up…So I just found out all these kinds of things that were here and the joy of fixing up the place got me thinking that possibly I could be the owner.”

He knew the location, directly across from the courthouse, was perfect. At the time, Guarisco had a full-time job in the oil field. He shared he had a “Magazine Street” vision originally with coffee and pastries. In fact, Gurasico was trying to gain a CC’s Franchise. “It was supposed to be CC’s Coffee House, I did all my licensing and it got as far as getting the final okay,” he remembered. The CC’s franchise operation in New Orleans called him and he said they loved the location, but they wanted the first CC’s in the Houma area to be a freestanding building with a drive-through option. That’s when the company connected Guarisco to the Community Coffee distributor who set him up with machines and products.

He then began the shop with just two employees who helped him understand the coffee industry with their experience. “I will always thank them for that,” Guarisco said. 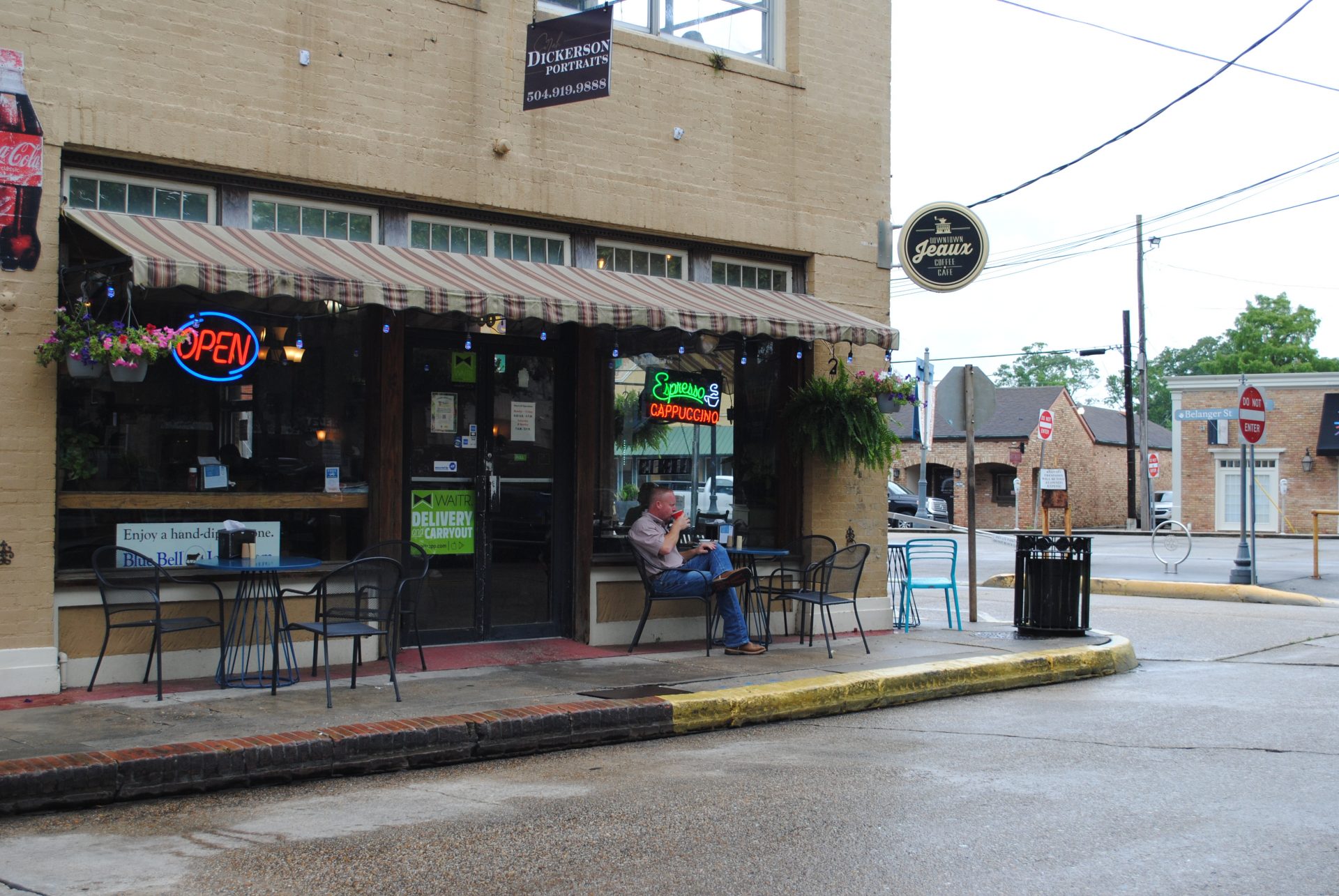 Although he had a vision of a coffee and pastry shop, he quickly realized he had to adapt by adding breakfast items. They began by adding breakfast sandwiches, which were already being done at various community events he attended. The breakfast sandwich grew into having breakfast platters that customers could have basically any way. Since then, the menu has grown to include full breakfast options including pancakes, omelets,  and breakfast burritos. Breakfast is served until 11 a.m. on weekdays and all day on Saturdays and Sundays, which you can include a Mimosa with that brunch since they now have a liquor license. They’ve added lunch items such as salads, soups, wraps, paninis, hamburgers on sourdough bread, hot dogs with homemade chili, and french fries. Blue Bell ice cream is also offered. The coffee menu has various options including their staple, The Frojeaux, which Guarisco said while laughing, “We’ve even heard our customers accidentally order a Frojeaux at other establishments.”

The cafe also expanded with a party rental room and a beautiful renovation of the outdoor patio area. The areas are available to rent for baby showers, parties, even bible studies. “The Jury Room” has also been added, and the name is quite literal. It’s a conference room that juries go from across the street from the courthouse to use for about an hour before returning back to their case. The kitchen has also added a new fire suppression system. Along with walk-ups, the cafe also offers service through the Waitr app as well as curbside pickup.

Guarisco proudly shared the accomplishments the establishment has made despite all of the ups and downs. COVID was not a walk in the park for restaurants, but Downtown Jeaux Coffee Cafe managed to stay open and even grow despite the distancing. He said since the pandemic started, one of the biggest joys and changes that have come is the amount of families that enjoy the atmosphere of the coffee shop. He described with a smile the big groups of six to eight members of a family who come to enjoy breakfast on the patio, children ranging from babies up to teenagers. He values having a family-friendly establishment.

Guarisco has a heart for not only his business, but his staff, customers, and community as a whole. He greets familiar faces, welcomes new ones, and personally caters to customers in the cafe. The cafe owner helps with local organizations and non-profit events, community causes, and tries to help out as much as possible. He is constantly trying to evolve and grow.

Downtown Jeaux’s has been busy the past five years and that is just the beginning for the local business. Despite the ups and downs of the economy and a global pandemic, the business has strived to grow and proves that adapting is key. Guarisco has other ideas and goals for the future.  He said he would like to keep expanding his menu, offer items such as a loaded fry menu. He said, “I would love to offer the old coffee house feel where maybe the lights are dim, maybe some candles, and offering live music and open mic nights. Something later in the evenings. Another vision would also be maybe another location down the line somewhere.”

Who knows what this entrepreneur will bring to the table for Downtown Jeaux and the Downtown Houma area! Cheers to another five years! 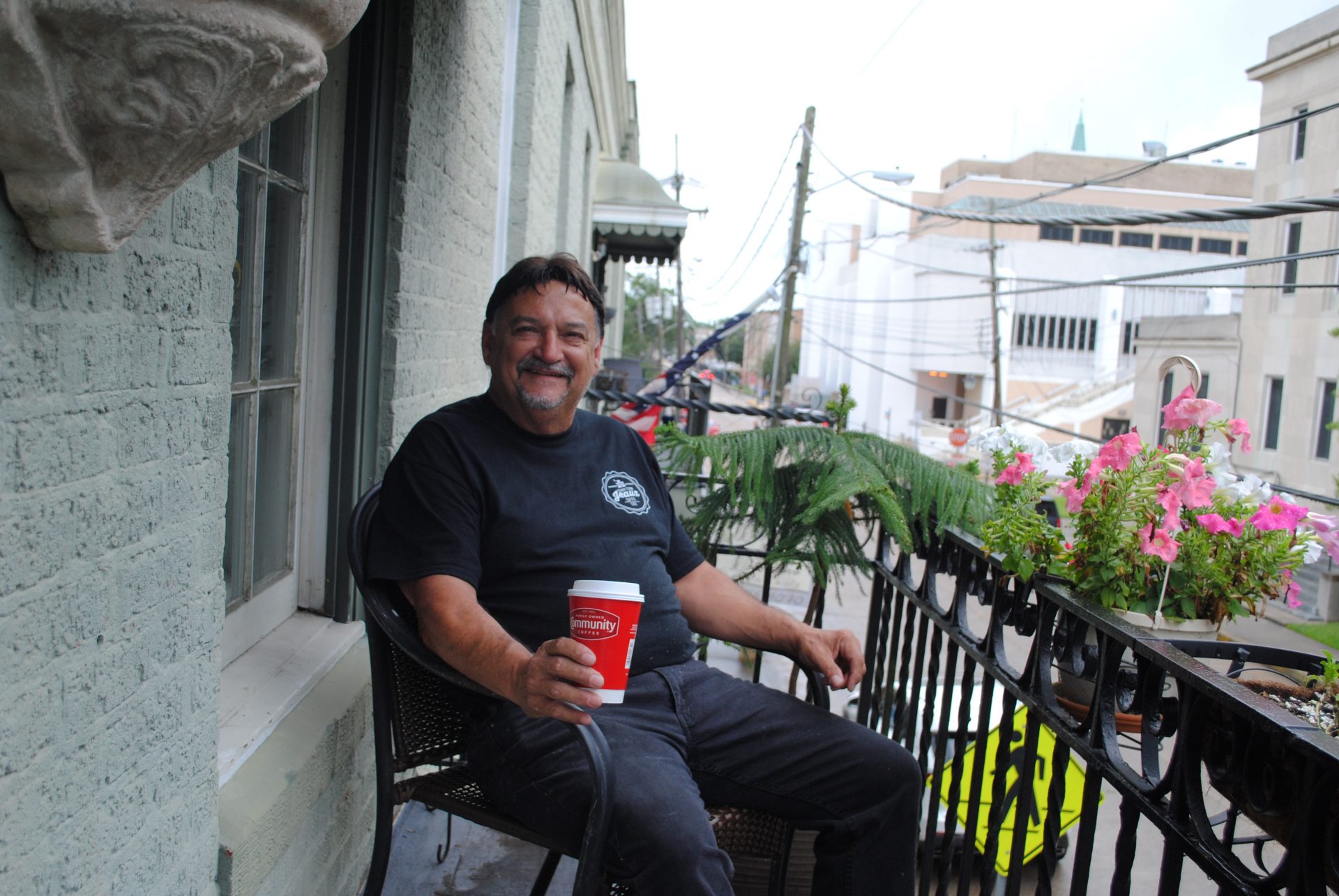