Fill up your Car and your Stomach at Buchiki’s 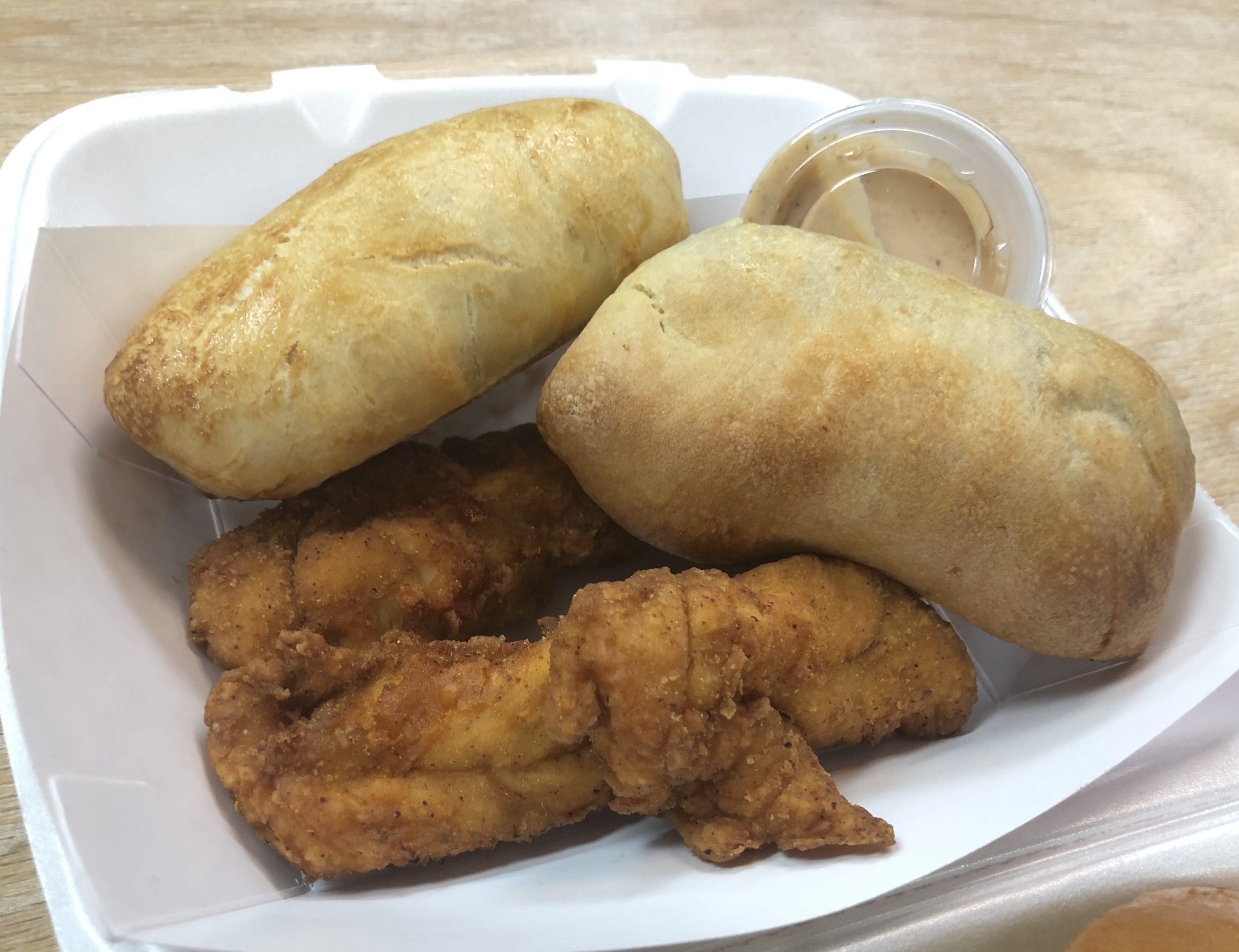 However, I kept hearing praise of this establishment named Buchiki’s from my fellow food enthusiasts (which I consider virtually everyone in South Louisiana to be). So I had to visit the corner store located at 5912 W. Main St. in Houma to see what all the hype was about.

Even though it was a busy lunch hour, the staff still managed to give me a friendly greeting upon my arrival, immediately giving me a positive vibe.

The menu, almost overwhelming, has a lot for a relatively small kitchen: handmade rolls, po’boys, breakfast sandwiches, chicken strips, a variety of sides, Rob’s Donuts, gelato and more. Oh yeah, there’s also the daily lunch specials. (This place can fill up your car and your stomach.)

But I knew I had to order the handmade rolls after frequently being told: “You gotta try their rolls!” So I settled on the pepperoni and boudin ones.

After receiving a free tasting of the daily plate special, chicken fettuccine with garlic bread and a side salad, I was sold, and I also decided to order some of the spicy chicken fingers and a scoop of cookies and cream with peanut butter gelato.

I brought the bag stuffed with food, which was just under $20, back to the office for my coworkers and me to feast on. Of course, they went straight for the rolls, which received a resounding thumbs up from everyone munching on them.

Finally, I got to try the scraps they left me. Both variants were baked to perfection. The bread had a crisp exterior, but the inside was soft and was still warm. The pepperoni and mozzarella stuffing could rival most pizza establishments, and you’ll be hard-pressed to find some better boudin at any other store. 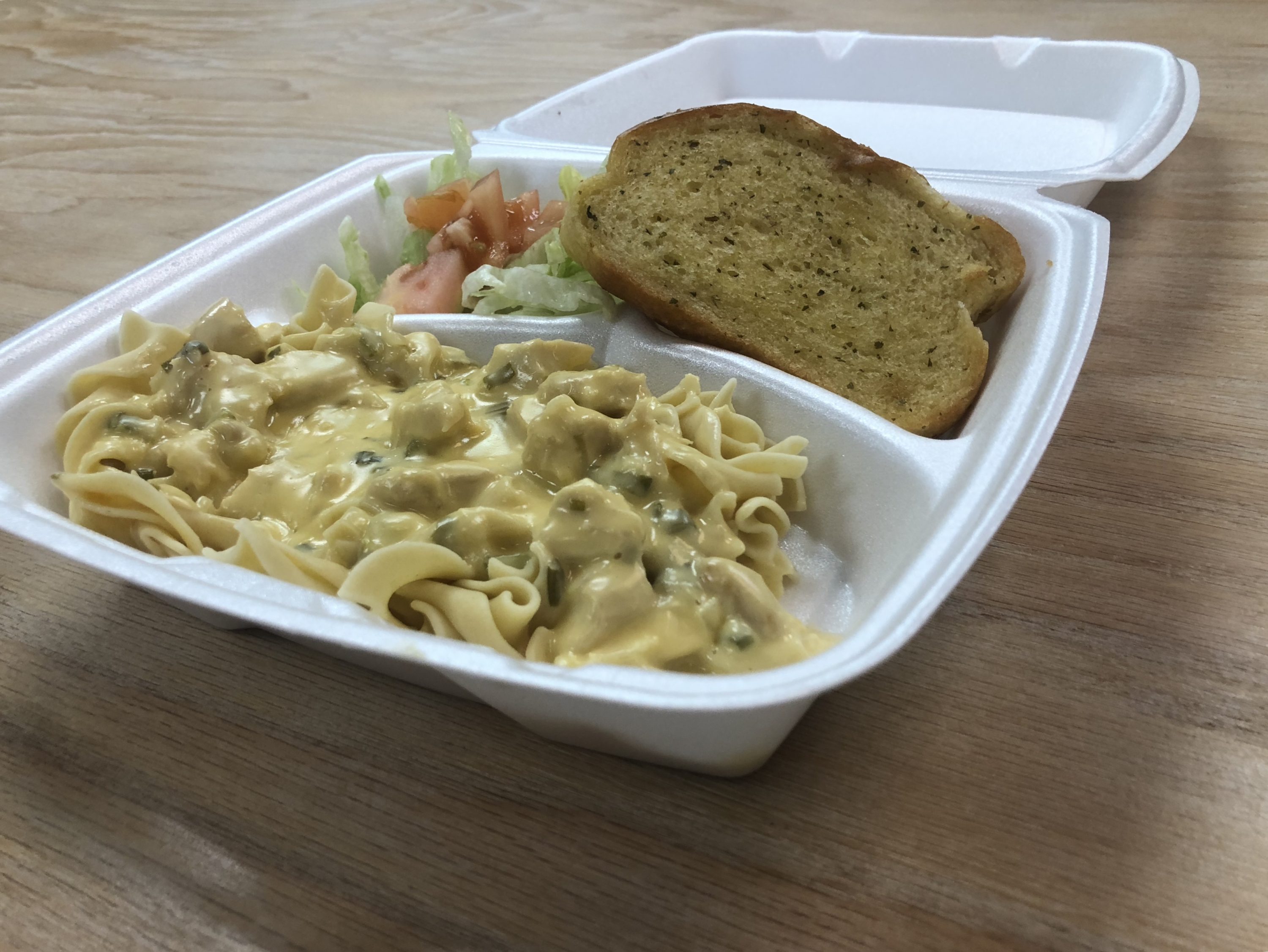 The chicken fettuccine had an authentic homemade feel to it as well: fresh, seasoned well, creamy and filling.

The gelato was also delicious, not overwhelmingly sweet but enough to adequately satisfy as an after-dinner treat.

The garlic bread and salad weren’t as noteworthy as the other aforementioned foods, but I appreciated receiving more bang for my buck. The spicy chicken strips, although having a nice flavor, weren’t up to par with the rest of the meal—as they were a little tough. (I have heard they were exceptional as well, so it’s possible I caught them on a bad day.) However, the sauce, similar to a crawfish dip, that accompanied the strips was quite appetizing.

Overall, Buchiki’s lived up to the hype. I must admit, I still have trouble pronouncing the name of this establishment, but great food is universal. 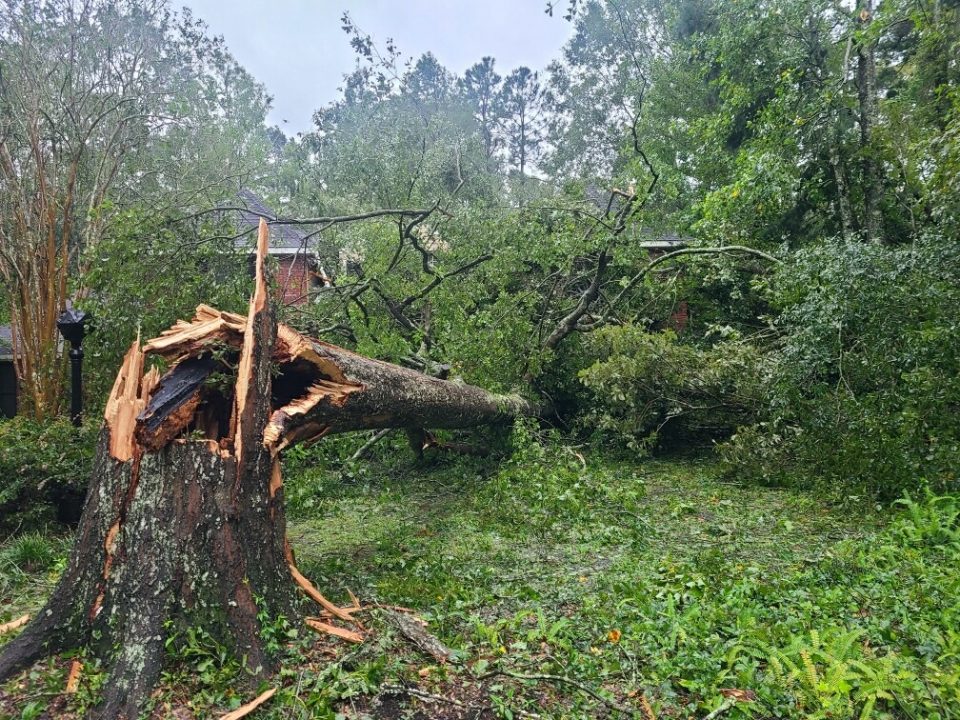