Boat captain Nicky Savoie and his partner Shane Pescay, who Savoie noted as “one of the best partners anyone on the Redfish Series can have,” placed first out of roughly 120 boats that participated in the tournament.

“Every time you place first it feels special,” said Savoie, a native of Cut Off. “Everybody…that comes to the championship is a very good angler. So to win a tournament like that is big for us.”

Savoie said on the first day of the championship his team caught two 9-pounders and then reeled in two 8-and-a-half-pounders on the second day. Their weigh-in total was 36.21 pounds.

Savoie’s team also won the championship in 2017, and this is their third time being named Team of the Year, he said.

“We’ve been around the block a few times, and we won several tournaments,” he added. “But this one is sort of special to us because it is hard to do because you have 120 boats in this tournament and some the best fishermen in the country.” 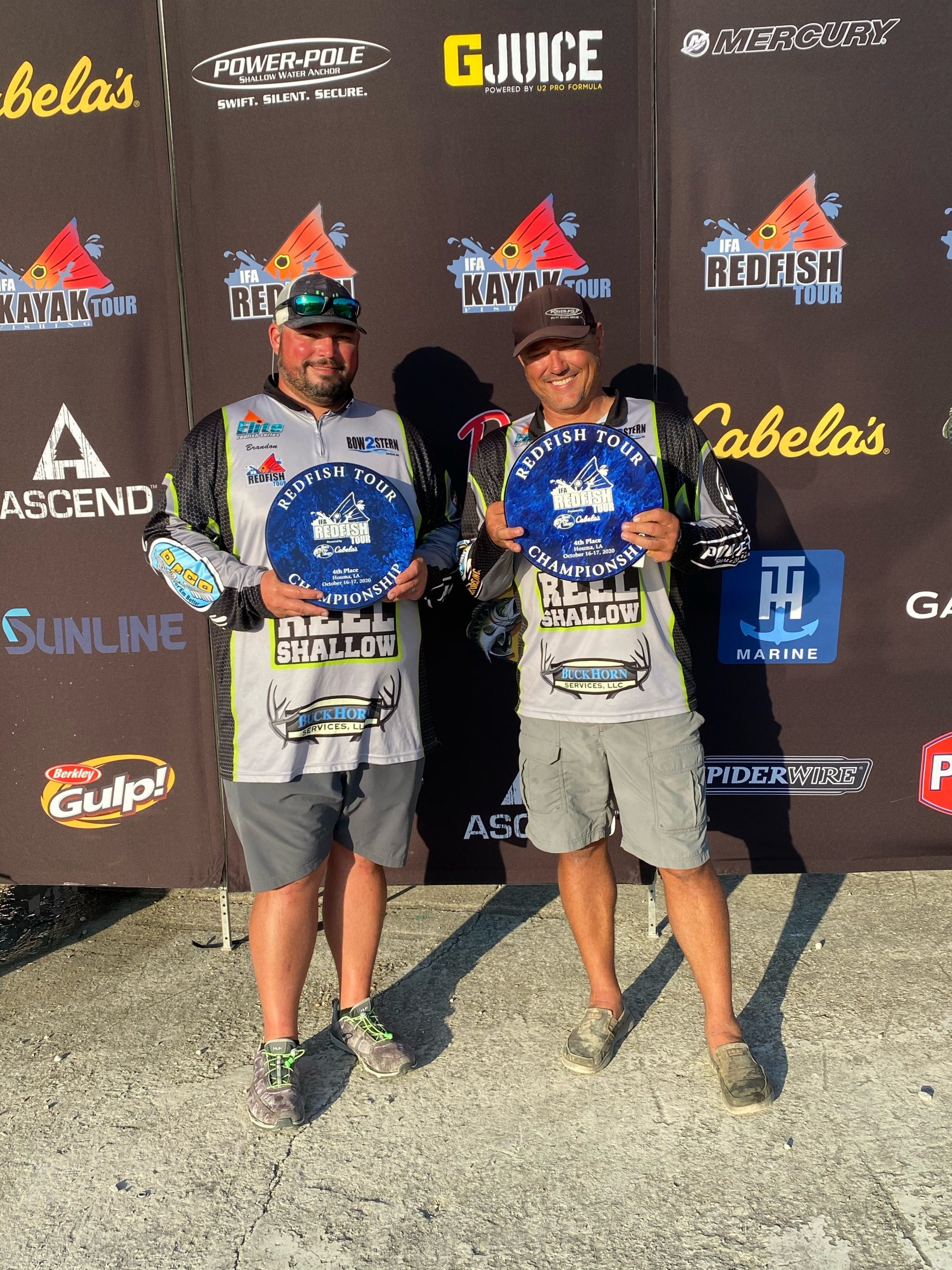 Houma native Brandon Arceneaux, a boat captain who finished fourth with his partner Bubba Corbin this past weekend, touched on how circumstances made this year’s tournament event more difficult.

Each team has to compete in two division tournaments before becoming eligible for the championship. Due to tropical weather, one of the divisional events in Louisiana got pushed to the Friday before the championship.

“For three days of fishing, you’re exhausted ‘cause we don’t stop. For eight hours, we’re fishing,” Arceneaux said. “We have to make ourselves take a break, get some water and eat.”

Arceneaux said he and Corbin have been fishing together for two years and have known each other for 20 years. “We put in a lot of work on the water scouting, and we’ll split up and cover a lot of the area,” he said. “We really fish well together.”

The two-day total for the duo was 34.01 pounds, allowing them to secure the fourth-place spot. “It makes you feel that what you did over those last couple of weeks worked,” Arceneaux said.

He went on to say his team has about four or five Top-10 finishes — three of which were in the Top 5 — and won three smaller tournaments.

Based on their finish from this weekend and other finishes in previous tournaments in the series, he said, they should finish second or third for Team of the Year.

“We’re probably one of the hottest teams on the circuit right now. It’s an honor for us,” Arceneaux said. “…Those guys [Savoie, Pescay and other top finishers] that were up there with us, they are the best of the best. We are right on the heels of the big dogs.”