New Date has been announced for the Weir Removal Boat Parade! 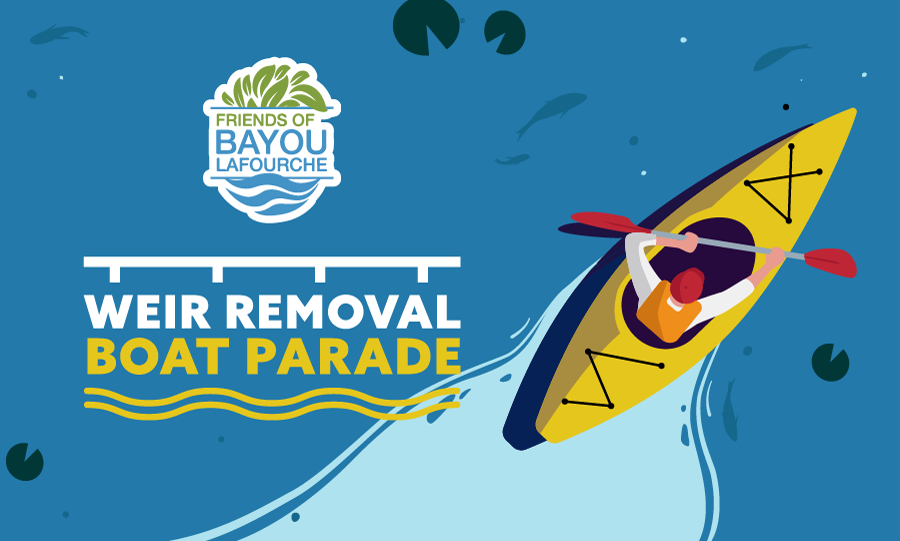 A new date for the Weir Removal Boat Parade has been set after having to postpone the originally scheduled event due to Hurricane Ida. The boat parade will now take place on Sunday, November 14th, 2021, at 2PM.

Friends of Bayou Lafourche welcomes both paddle-powered boats and motorized boats to participate. The procession will begin at the Jean Lafitte National Historical Park and Preserve in Thibodaux (314 St. Mary St., Thibodaux La 70301), boaters will travel down to the new Nicholls Bayou-Side Park, make the turn, then head back to the Jean Lafitte National Historical Park and Preserve where the parade will disband. The total length is approximately 3 miles. Participants will be treated to live music along the route in various locations. Band names and locations will be announced in the coming days.

Paddle-Powered Boats can launch at Jean Lafitte National Historical Park and Preserve at 2:00 pm. Paddlers are asked to arrive no later than 1:45 pm. If you are interested in reserving a canoe for the parade, please contact Ryan Perque at ryan.perque@bayoulafourche.org or 985.665.8474

Motorized Boats should be staged at Jean Lafitte National Historical Park and Preserve no later than 1:45 pm to follow paddle-powered boats. For those using the Leighton Boat Launch, additional parking will be available.

For the safety of all involved, Friends of Bayou Lafourche will require that all local, state, and federal boating/marine laws and regulations be followed. Additionally, several support boats will be staged throughout the route. Paddle-powered boats and motorized boats will be kept separate during the parade as an additional safety measure. While the event is outdoors and does not incorporate a single socialization area, we ask that participants remain vigilant in social distancing themselves from others.

They would like to thank the sponsors for making this event possible: 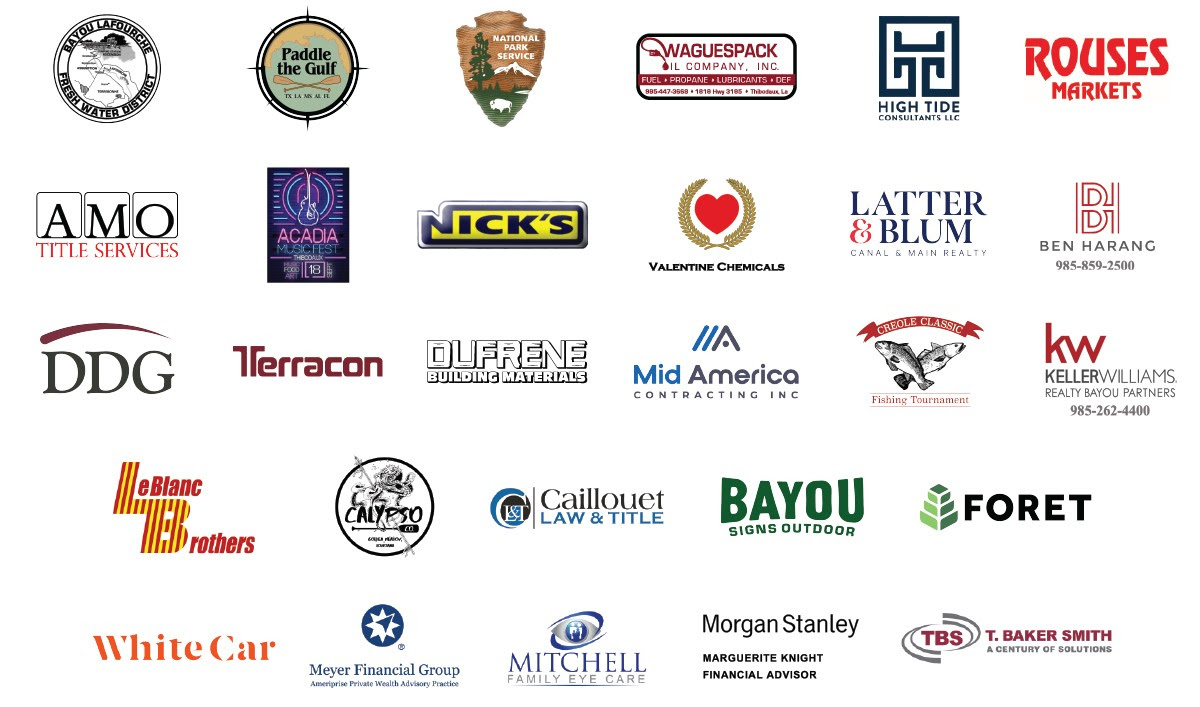 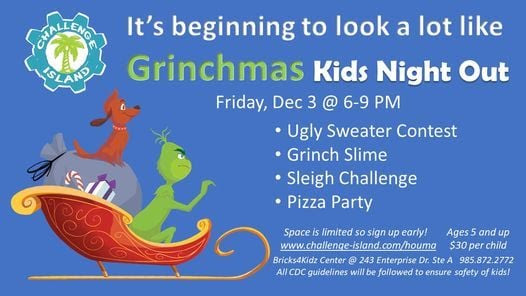