Trout fishing is on fire 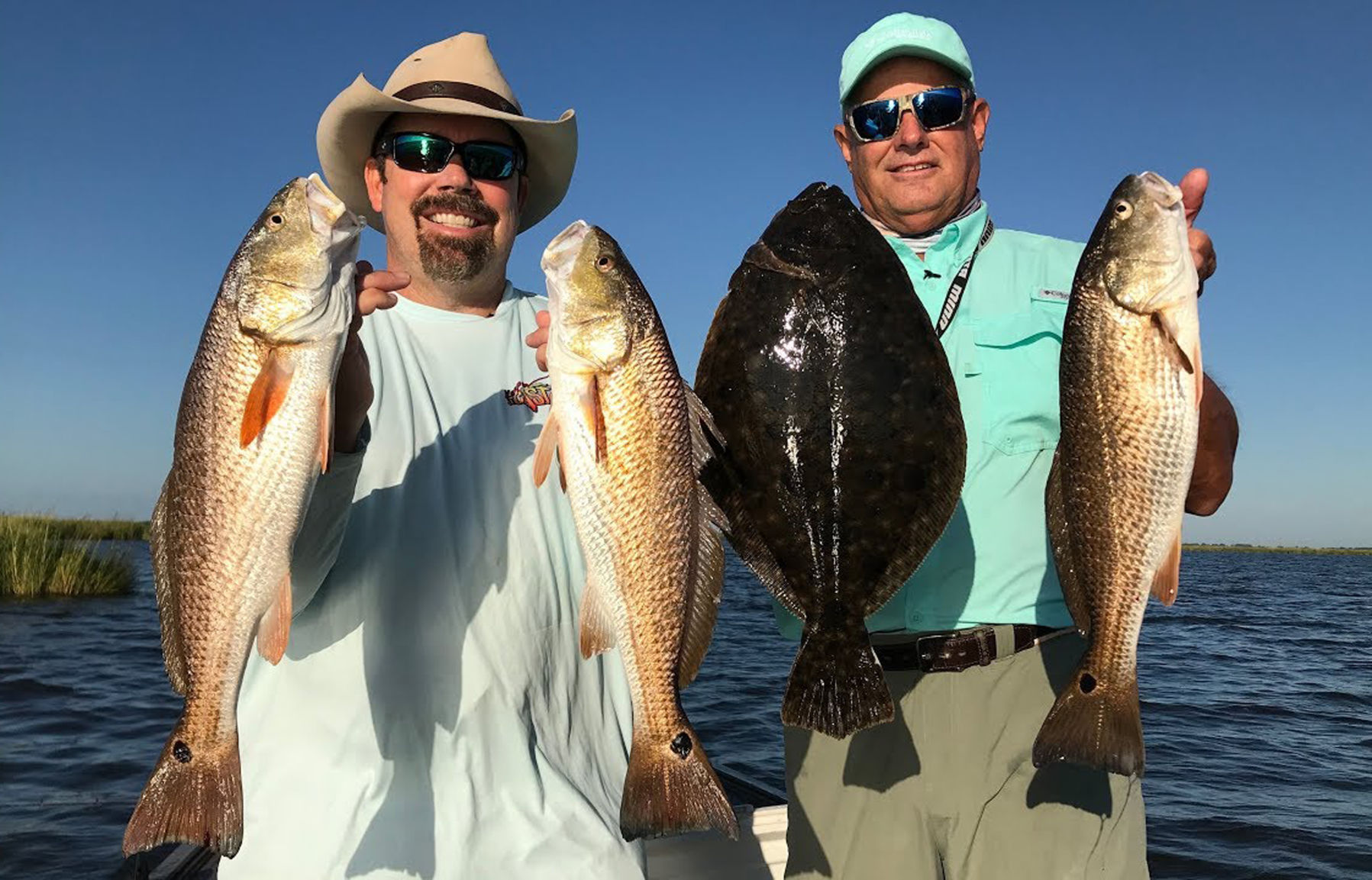 One of the most well-known local fishing rodeos has its Admiral for 2019.

The Golden Meadow-Fourchon Tarpon Rodeo announced this week that Dr. Lee “Bo” Grafton will serve as Admiral for 71st Annual rodeo, which will take place at Moran’s Marina from July 4-6.

Organizers and former admirals of the event say that Grafton will be great in the role, adding that they can’t wait to see the flavor and flare that he brings to the annual event, which attracts thousands of anglers to south Louisiana every summer.

“He’s going to be terrific,” said Trey Boucvalt, last year’s admiral. “He’s obviously well-known. He loves to fish and has great connections in the industry. I think he’s going to come in and do a great job. We all can’t wait to be a part of it.”

For Grafton, the appointment Admiral is fitting, because he’s a longtime outdoorsman, but also one who works with several worthwhile non-profit organizations in the community.

Dr. Grafton is a dermatologist. In 1999, he started Grafton Dermatology and Cosmetic Surgery, an independent practice he’s owned and operated in Thibodaux. Over the past 20 years, Dr. Grafton’s practice has grown and now provides multiple dermatologists, physician assistants and nurse practitioners. The practice now also has four locations — in Thibodaux, Houma, Raceland and Morgan City.

He’s married to Becky Aysen Grafton and together, the family has three children — Beau (10), Georgia (8) and Leigh (6).

But when away from work and family, Grafton is almost always outdoors.

He grew up in Ruston, which is where his love for hunting and fishing began.

Dr. Grafton is well-known locally for his work hosting TV shows over the past two decades that express his love for the great outdoors. The show, which has changed in name over the history, but is now called ‘Keep on Castin’ features Louisiana’s heritage and culture, which Grafton believes is so important to the people in this region and state.

Dr. Grafton shares experiences of hunting and fishing on the show to educate his audience and share the wonderful adventures the outdoors have to offer.

That rich passion is why local insurance agent and former rodeo admiral Ashley Barrios believes this year’s event will be a success.

“It’s a passion. It’s something that we all love and enjoy,” Barrios said at last year’s rodeo when asked about Grafton. “And no one loves this stuff more than he does. I think it’s a perfect fit. We support him and know he will do a wonderful job.”

Dr. Grafton is also active in helping those in need.

He’s an active participant in the Wounded War Heroes Foundation and Fishing Rodeo. He recognizes and supports the service men and women for their sacrifices they endured in their service.

Dr. Grafton said the time he spends at that rodeo are some of the best times of his fishing career.

He also is a lifetime board member of the Annual Creole Classic Fishing Rodeo, which raises funds to support different non-profits throughout the Parish.

Grafton said fishing on the Gulf Coast holds a place near and dear to his heart, adding that when he can do it while also helping people, it’s an even better situation.

-Fourchon Tarpon Rodeo does exactly that, raising thousands of dollars of proceeds to provide college scholarships for local high school students looking to further their education.

This year’s event will coincide with Independence Day and will remain a family-friendly event with an air conditioned tent, fun and games for kids and entertainment for people of all ages.

“We want this to be an event that anyone can come to and enjoy,” Boucvalt said at last year’s event. “If you’re fishing, great. Catch the biggest fish you can find. But if not, come on out, too, and enjoy your time for a great cause — the best cause you could ever find.”

Grafton was publicly introduced this week, but he’s known for many months that he was going to take the baton from Boucvalt.

One of the things Boucvalt successfully enacted during his time as Admiral last year was an idea which said that the rodeo would name its new admirals one year in advance of each rodeo.

This will allow for more planning, fundraising and other responsibilities given to the Admiral each year.

Last year, Boucvalt served and hosted a successful event. But on the final day of the rodeo, he said he sat back and wondered ‘what if?’

He was appointed to the position in early 2018 — just months before the rodeo.

“If I had more time, it could have been even better,” he said.

But Grafton will have had the benefit of that added time. He was appointed last July and will have had an entire year to prepare.

That added time, former admirals say, should make the future of the rodeo even better.

“Trey gave us the idea and we think it’s great,” Barrios said. “We are all excited about Dr. Grafton and we think this year will be special.” •